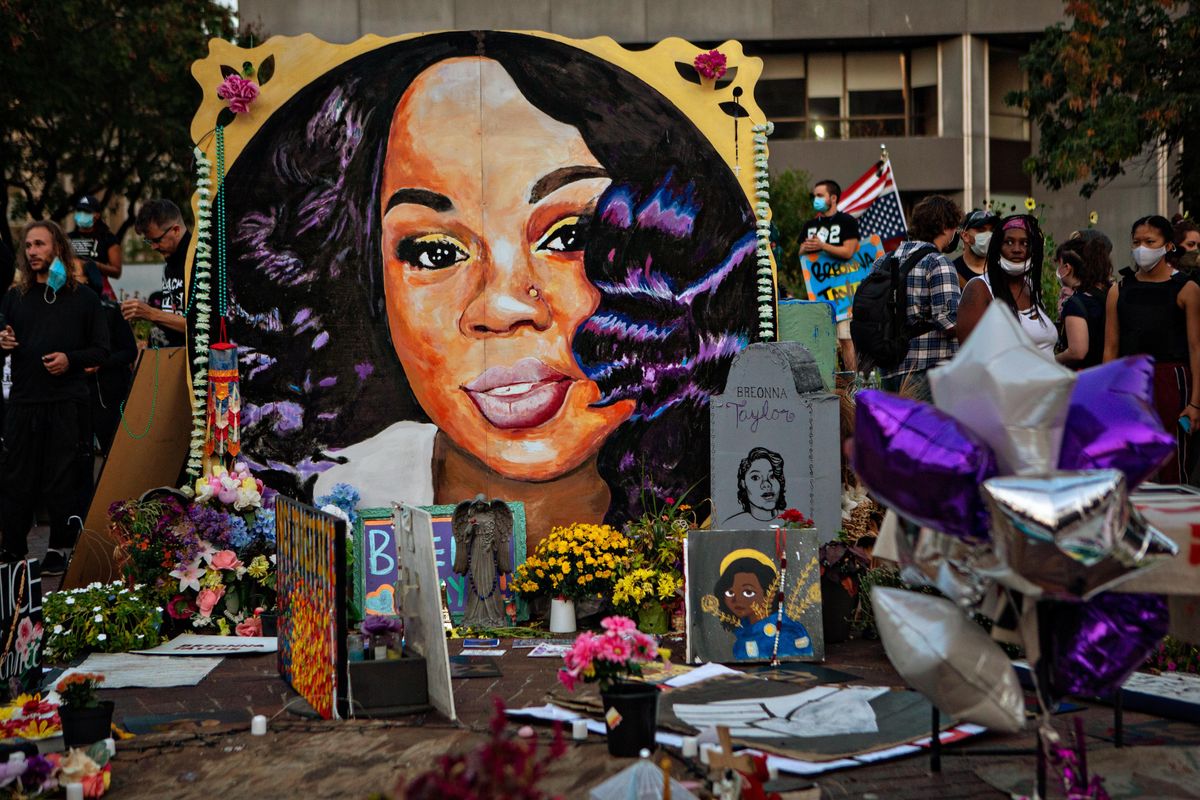 The Louisville Metro Police Department is in the process of firing two officers involved in the fatal shooting of Breonna Taylor.

On Tuesday, lawyers for Officer Myles Cosgrove and Detective Joshua Jaynes confirmed they were served with pre-termination letters by Police Chief Yvette Gentry.

"These are extreme violations of our policies, which endangered others," Chief Gentry wrote, according to a copy of the letter obtained by the New York Times.

Per an FBI ballistics report, Cosgrove was one of the three plainsclothes officers who opened fire in the apartment and fired the shot that killed Taylor.

Jaynes was not present for the March raid that lead to Taylor's death. However, he obtained the "no-knock" warrant that allowed the officers to enter her apartment as part of a drug investigation into her ex-boyfriend, Jamarcus Glover. In the affidavit, Jaynes claimed the postmaster verified that Taylor received packages for Glover. He has since admitted that he did not receive any confirmation from the postmaster and that the warrant was "incorrect."

Brett Hankison — another officer involved with the shooting — was fired in June and later indicted by a grand jury on three counts of wanton endangerment in the first degree for firing shots into neighboring apartments. He has pleaded not guilty.

The third officer, Sgt. Jonathan Mattingly, has not been fired by the department. Mattingly has instead filed a countersuit against Taylor's boyfriend, Kenneth Walker, who allegedly shot him in the leg during the raid. According to reports, Walker — a licensed gun owner — was initially arrested and charged with attempted murder of a police after firing a warning shot at what he thought was an intruder. The charges against Walker have since been dropped.

Following the news of the firings, Cosgrove's lawyer didn't provide any comment on his firing. However, Jaynes's attorney said in a statement that they plan to attend the pre-termination hearing taking place on Thursday.

"I expect the result has already been pre-determined," lawyer Thomas Clay said. "I fully expect Mr. Jaynes will be terminated after the 'hearing' no matter what the evidence is to the contrary. We will appeal any disciplinary action taken against Mr. Jaynes because I believe the evidence shows he did nothing wrong."