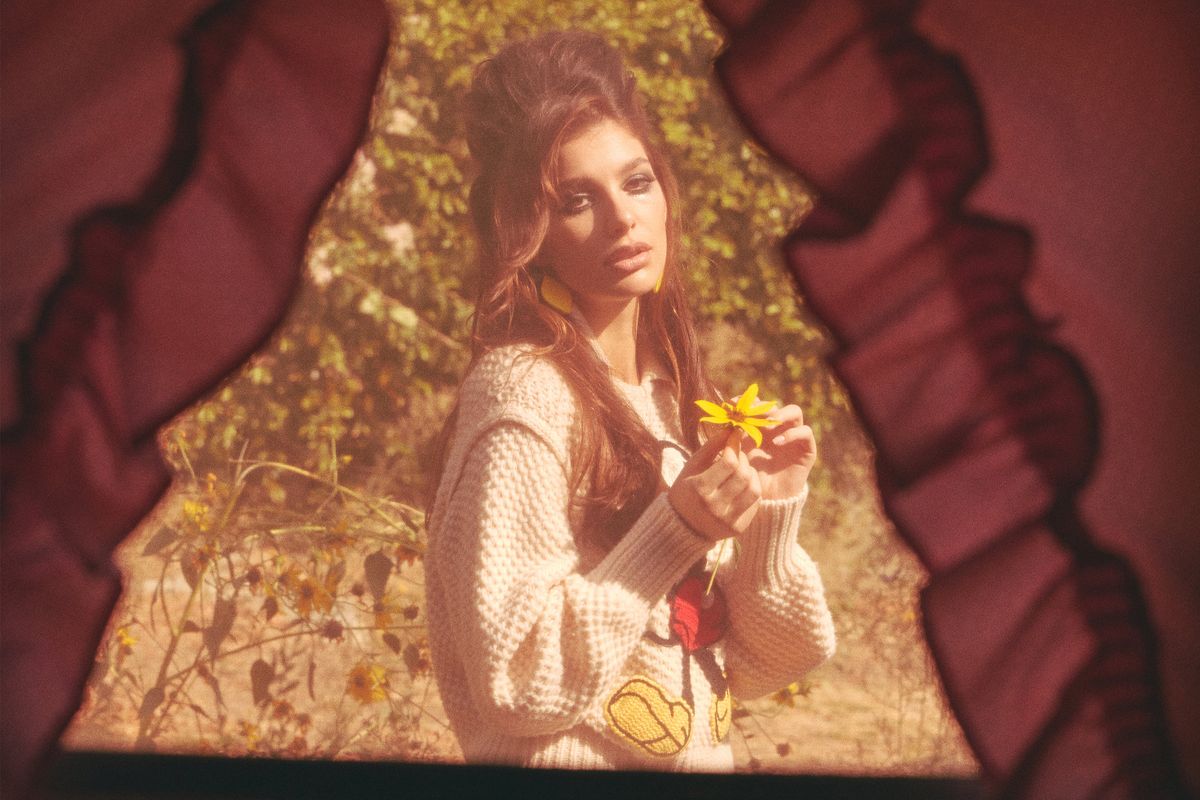 Camila Morrone Can Hold Her Own

"I should be writing my speech right now," Camila Morrone says with a laugh over speakerphone as she sits in freeway traffic. The 22-year-old is on her way to accept the San Diego International Film Festival's Rising Star Award, and the thrill is fresh. "This experience has felt pretty surreal, but especially nights like tonight, getting an award," she admits. It wasn't long ago that Morrone was making the trek to Anaconda, Montana, where pre-production had already begun on director Annabelle Attanasio's first feature film, Mickey and the Bear. Morrone would soon step into the character of Mickey Peck, a high school student working part-time at a taxidermy studio while navigating a codependent relationship with her opioid-addicted father Hank, played by James Badge Dale

She remembers clicking with Attanasio "over a glass of tea in an Airbnb," where the pair shared notes on the script and "just kind of fell in love." It's a feeling extended to woman-led teams in general, according to Morrone. "I guess I have a thing for female filmmakers," she shares. After a small role in James Franco's 2013 biopic, Bukowski, and a meatier part in Eli Roth's 2018 Death Wish, Morrone landed her first lead role in another woman-helmed project, filmmaker Augustine Frizzell's raunchy 2018 stoner friendship comedy Never Goin' Back. And while she's still new to the biz, Morrone says she's noticed a shift over the past couple of years in the opportunities available to women in Hollywood as well as the post-MeToo conversations happening around representation, pay equity and, of course, award nominations. "It seems like almost all these festivals that I've been circulating are acknowledging women in a very different way," she shares. "It's interesting. I haven't been in it for so long, I've only been doing this as my full-time job since I was 19 — since I got Death Wish— so even in that short time, I've definitely seen a very positive change."

Now, on the heels of the premiere of Mickey and the Bear, Morrone is navigating the entertainment industry — and its changes — as both a star on the rise and someone who grew up surrounded by it. Raised in LA by Argentine actors and models Lucila Solá and Maximo Morrone (she also has a stepdad-level relationship with her mother's longtime partner, Al Pacino), Morrone initially got her start modeling.

With her role as Mickey, Morrone now has the opportunity to show fans originally drawn in by Victoria's Secret catalogs, selfies with Hailey Bieber and a highly publicized romance with Leonardo DiCaprio what she's capable of on-screen.

Stepping into the life of a barely-18-year-old struggling to process and cope with a tumultuous father-daughter relationship that sometimes veers into domestic abuse, Morrone says she felt as if she was "going to another planet." What's more, she only had a few days to prepare for the challenging role, due to a belated casting after the film's original lead allegedly dropped out. So instead of months of overthinking and overpreparing, Morrone dove into work with an acting coach and brainstorming sessions with Badge Dale that helped the two flesh out their father-daughter dynamic.

Even in the midst of arguably her heaviest, headiest role, there's still levity lingering in Morrone's behind-the-scenes personality. "I'm always that actor that right before a crying scene will be laughing and making jokes," she says of keeping things light on set. "That's just the environment that I like to work in, and I like to bring comedy for my own sanity. Honestly, it's not even for other people, but just so I don't get too dark and too depressing within the role."

Morrone is also making sure to carve time out to focus on social impact projects that reach outside of the Hollywood bubble. Now a committee member for the Los Angeles-based charity A Sense of Home, she'll join the team creating homes (by virtue of donations and upcycled materials) for youth who have aged out of the foster care system. "It's just a very easy way to be there for someone else and in the slightest way make someone's life a little better," she shares, noting that she's "pretty excited" about taking on the new project. And with the same low-key attitude that's carried her on this traffic-riddled ride toward critical acclaim, she adds: "It's my first time getting my feet wet."