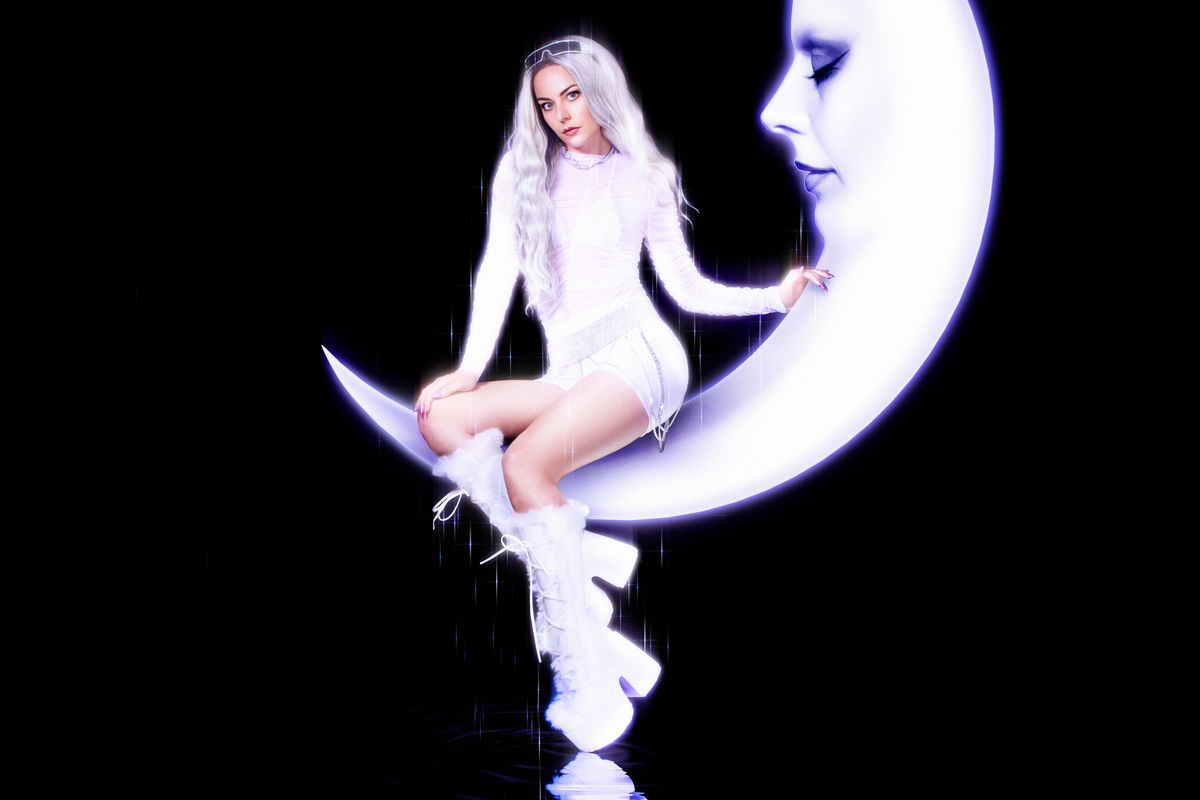 PC Music scion Hannah Diamond's "Invisible" comes from her upcoming debut album, Reflections, out November 22. The singer's latest explores heartbreak in a way that is straightforward and heartfelt, without sacrificing the glitchy pop she and her forward-thinking cohort (A.G. Cook, Charli XCX) have popularized in recent years. As the music twinkles and pulsates around her, Diamond sings "so I'll be on my own tonight," wondering if she's somehow destined for a life of loneliness and sorrow. What's refreshing is hearing someone vocalize feelings of isolation often felt widely by tech-savvy youth everywhere. Diamond thus makes herself visible by voicing pain and truths unseen.

Sam Sparro's latest continues his indebtedness to the era of "cassingles" and maxi-singles, with an appropriately throwback sound to boot. On "Everything," the musician croons atop bombastic, funky '80s boy-band beats about giving his all to a lover. But hearing his palpable joy at receiving reciprocal love is what really puts the track over the top: "So many lovers had a limit, but not you," he sings. Toward the middle-eight and leading out, Sparro's voice escalates to euphoric coo as background singers surround him. It's everything you never knew you needed, and more.

CocoRosie is readying their first album in five years, Put the Shine On, out next March. Sister duo Bianca and Sierra Casady's new single, "Smash My Head" continues in their one-of-a-kind vein of crafting infectious music with raw, experimental edges. After singing the song's lyrics of self-destruction to create a new self, "Smash My Head" climaxes with twisted synths and thrashing drums, replicating the moment right before a heart-stopping risk is taken. On the other side of that risk is either reward or release.

Broadway star Brad Gibson (he's currently playing Simba in The Lion King) makes his debut single really count. Pulling from colorful Afrobeat rhythms and showstopping vocal performance style, "What If We" is ultimately a positive affirmation for the world, but it starts between two people on a dance floor. "What if we could start a commotion?" Gibson ponders. He understands that one key way to affect change is through movement, and it's here where the groove picks up and sinks in. Once that happens, and two people, in love, lust, or human partnership find harmony together, that creates a ripple effect around them. Suddenly, "what if" possibilities become reality.

Danielle Haim's sisters support her spiral on bonafide sad banger, "Now I'm In It." Danielle is trying to find her way back from a place of confusion and inner turmoil, bolstered by a steady guitar riff and thumping beat before the beat drops out. All that's left is Danielle and a piano, confronting herself: "Took me so long to fall," she sings. But alas, the rain keeps falling, and she's dying to feel it on her skin.

Noah Cyrus turns her self-loathing into a moody, melodic banger on "fuckyounoah." The new single is a noted swerve from previous singles like the country-pop "July," but Cyrus continues to use music to exorcise her demons, no matter how jarring the results. "I ain't no good at love, I always fuck it up," she sings over a trap-infused beat. What's interesting though is that by admitting her weaknesses, she gains strength (or at least, she sounds really strong — it takes profound self-awareness to lay yourself this bare). That compelling contrast fuels "fuckyounoah," and makes repeated spins seem only logical.

Miguel's new single "Funeral" finds the heartthrob playing heartbreaker — though we're not sure which kind. He confesses to slaying "somebody's daughter," but we don't know if this is a sexual reference (given Miguel's track record for steamy bedroom anthems) or if he means he's coldly sent a lover into cardiac arrest via mind games. Either way, it's nice to hear a Miguel song with more bite than usual. The shapeshifting beat grinds like something off Yeezus and Miguel's singsongy melodies, especially in the chorus belie his wily songwriting prowess. At just two minutes, "Funeral" hardly feels like something worth mourning, but hey, pour one out anyway: to quote a famous Taylor Swift lyric, it seems the old Miguel can't come to phone right now, because he's dead.

Teyana Taylor and Kehlani recreate the female-led psychosexual thrills of '90s cult noir Wild Things on "Morning." The horny bop features some pretty raunching lyrics from the pair, who state their sexual desires plainly, but their melodies are so sumptuous you might miss it when Taylor asks her partner to put her "titties in ya mouth." Be we heard it, certainly! What's more is the lyrics feel sexually ambiguous, in a way, applying to all couples ready for action, regardless of orientation.... and this is how you make an inclusive sex anthem, friends. Pay attention! While you're at attention, watch the "Morning" video, here, which is so hot it's hurting my feelings.

"That Bitch" is a knockout feminist entry in Bea Miller's delightful feminist catalog. The song chronicles double standards in a way that is bracingly refreshing. When's the last time you've heard a singer criticize toxic masculinity and sexism with sexual power-play lines like "Society is suckin' on your dick/ But since I got a pussy, I'm a bitch?" Plinking piano and warped hip-hop beats soundtrack Miller's thoughts, but the song's end is so fucking punk rock we're just flat-out inspired: "You should be suckin' on my clit!" An.Them.