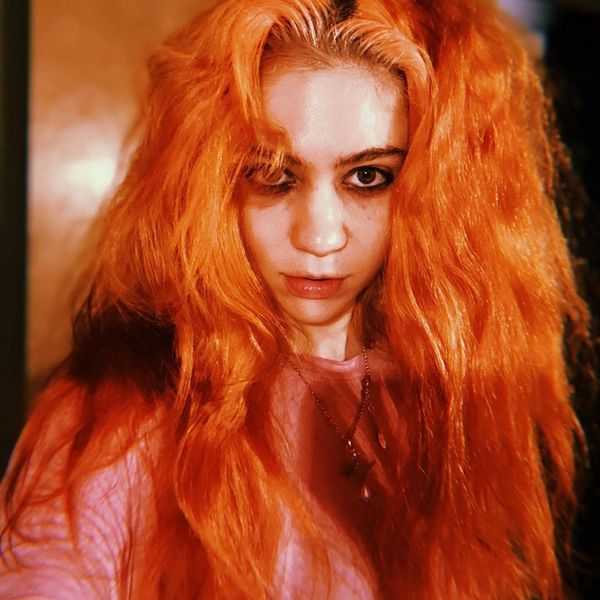 Grimes' Miss Anthropocene opener "So Heavy I Fell Through the Earth" features some of the most atmospheric energy and adept crooning we've yet heard from the shape-shifting musician. The track feels indebted to the late-nighties trip-hop of acts like Tricky meets the comedown of Madonna's "Frozen." It's hard to say if the love Grimes is singing about is totally destructive, though: the refrain, which is where the song gets its title feels somehow euphoric. But then again, Grimes' main mode involves obliterating pop convention, so that her complexity might take center stage.

Camila Cabello sings about a love so unshakable, it has her soaring to the heavens. Literally, the singer climbs into an operatic falsetto for the chorus to "Living Proof," the latest taste of her upcoming sophomore album, Romance. With a beat composed of handclaps, droning bass, and gentle acoustic strums backing her, Cabello is free to "dive in" to a "divine moment," and there are plenty of those to spare here.

Megan Thee Stallion's applies her hot girl shit mentality to the Queen & Slim soundtrack, with "Ride or Die." Here, the Houston star is both the hardest and the hottest, pairing with VickeeLo as she pops her ass "like a shootout" to an energetic, if slightly menacing New Orleans bounce track. So long, knees!

A Boogie Wit da Hoodie and Lil Uzi Vert team up for "Reply," a smooth cut about late-night texts that are left on read. The song's appeal lies not so much in their fantasies about what can come from a mutual exchange, but in the duo's separate, but deeply melodic vocal styles, filled with desire and longing. They both trade verses about a love that isn't reciprocal after all. For Uzi, he realizes a girl only wants what she sees on TV, while Boogie hopes to just be written back. "Reply" is ultimately a song about wanting more, while understanding the limits to how much one can love another.

Korean singer-songwriter Ane gets sultry on "Lover For the Evening." In the guitar-based track, she narrates a casual dinner date that turns physical. But for Ane, the arrangement comes without strings. "It's alright," she coos assuredly before launching into the soulful chorus. "Stay with me when I'm feelin' kind of lonely," she sings. It's her only requirement for a night of guaranteed mutual pleasure, which... is more than fair, honestly.

LIZ's long-awaited debut album Planet Y2K is out today. A frontrunner for best track is "Intuition," a blatant slice of early-aughts bubblegum pop. She sings sugary melodies and lyrics about an inescapable, but innocent crush, wishing to be alone with the object of her affection, atop beats that sound straight out of Max Martin's Britney factory circa ...Baby One More Time.

The latest from Peter Bjorn and John takes an optimistic view of a relationship that has probably run its course. The winking track is also a nod to the Swedish band's 20 years together, which is a feat worth acknowledging as they ready their ninth album, Endless Dream, out next March. "Reason to Be Reasonable" swaggers with a fresh, undeterred energy, bolstered by their usual dose of melodic charm and uptempo cheeriness. "We have a lot of common ground now," goes one line. It sure seems that way.

Jhené Aiko is saying goodbye to all of that on "None of Your Concern," or at least, she's trying to. But Aiko, ever a master of contrast, places kiss-off lyrics with a gorgeously bruised vocal delivery and a wistful piano sample that feels genuinely sad. Losing love is never easy, no matter how strong the one who leaves may seem. Aiko will obviously dust herself off and move on from the wreckage, but "None of Your Concern" captures the gritty, painful moments right before she does.

Twin sister pop duo Say Lou Lou give Burt Bacharach and Hal David's "The Look of Love" a dark, disco revival, finding renewed desire on a dancefloor, where the DJ spins classics and heartbreak gets sweated out from their pores. They sound like heaven together, per usual, but stay for the track's final chorus, which swirls into ecstatic, strobe-lit reverie. Say Lou Lou seal the look of love with a kiss of their very own.