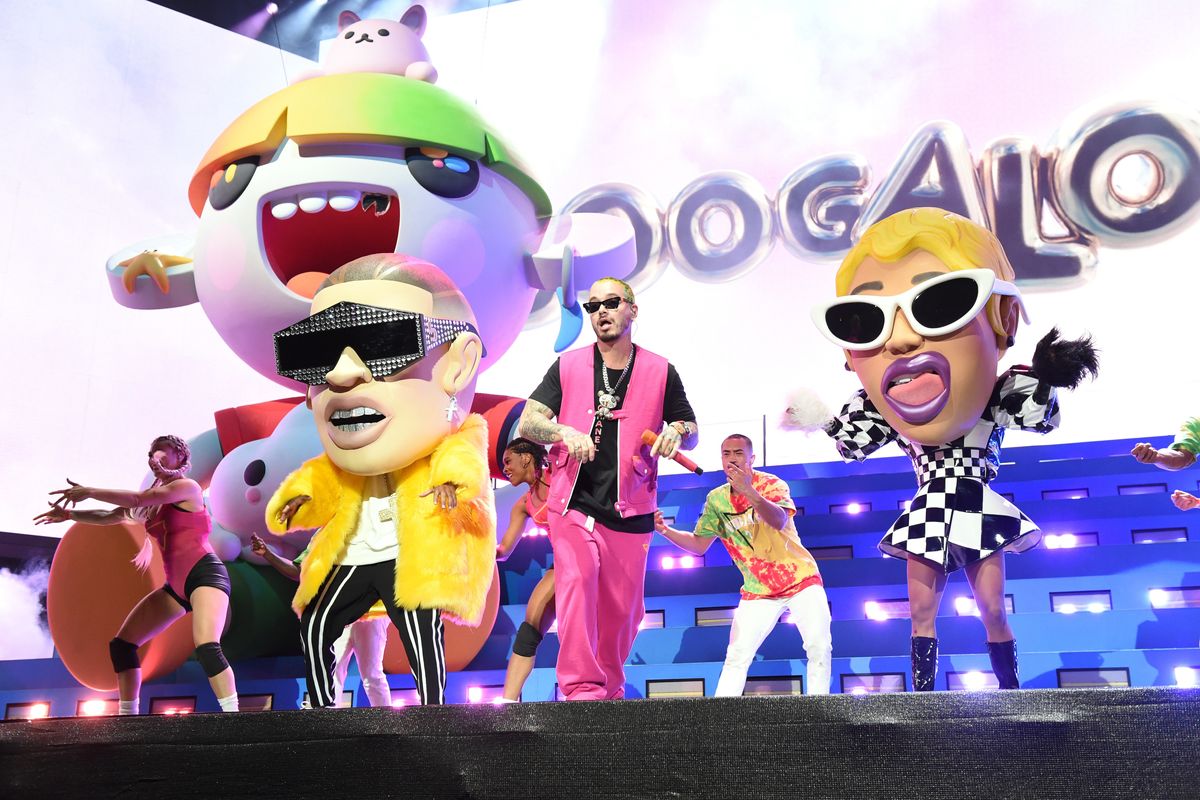 A rockist I had brunch with this weekend in Palm Springs took a sip of his double Jameson — arms crossed — and declared, "The year Coachella died is the year Paris Hilton first attended the festival."

The hotel heiress, who's an icon of unapologetic materialism, certainly embodies the larger-than-life, branded experience that is Coachella today. But I'd argue that she, along with the hundreds of A-listers who now annually descend on Indio, California, has helped transform the festival into a modern destination that breathes life into a struggling industry.

A music festival of this scale is nearly impossible without all the corporate sponsorships, the media frenzy, the aspirational parties, and selfies by the likes of Ms. Hilton. They're what make it manageable for hundreds of global artists spanning genres, from reggaeton to K-pop, to convene for three days in the desert. While it's not romantic, this is what allows fans to still indulge in the romance of music.

So if weekend one was any indicator of the state of Coachella in 2019, the decades-old fest is more alive than ever, putting music first with support from all the celebrity spectacle. Below are five acts that destroyed the rockist's cynicism with their weekend one sets.

After shattering a YouTube record with their "Kill This Love" music video, BLACKPINK continued to break records during Coachella 2019 as the first K-Pop girl group to perform at the festival. Jennie Kim, one fourth of the band, also performed her track "Solo," casually locking in her title as the first solo K-Pop artist to descend on the Cali fest. With all this hype, BLACKPINK inevitably attracted a massive crowd, and delivered spot on choreo to relentless bangers like "Ddu-Du Ddu-Du" and "Boombayah."

Colombian superstar J Balvin returned this year to Coachella after performing alongside Beyoncé during her iconic headlining set in 2018. With technicolor leopard-printed hair and a full stage created in collaboration with arts collective FriendsWithYou, the golden hour performance was a surreal, playful celebration of Reggaeton — and his fans loved every minute. Balvin brought out Rosalía and Sean Paul to perform, underlining the biggest year for Latin music at Coachella (S/O Bad Bunny).

Next to some of her peers' massive sets, Christine & the Queens' stage was unassuming, which allowed her raw talent to shine alongside a troupe of modern dancers. "This is Chris," the French singer said, introducing a character that delivered a masculine, sexually charged performance against relentless smoke machines and dramatic fireworks. From "Comme Si" to "Doesn't Matter," Chris' songs are emotional and gleaming, and her interpretation of the tracks at Coachella — physical and earnest — proved she's one of contemporary pop's most arousing storytellers.

From hitmaker Zedd to queer cult icon SOPHIE, electronic music had a major presence at Coachella 2019, but few acts managed to make as big of an impact as Gesaffelstein. The French producer, who wore a Tron-looking metal bodysuit to conceal his face, opened with his new Pharrell collaboration, "Blast Off," before breaking into a techno lineup that seemed to fill every inch of the Indio, California desert. The sounds were massive and monumental — especially those from 2013's Aleph — like alien machinery descending on (and destroying) Planet Earth.

Now 10 years into her career, it's sometimes easy to forget Janelle Monáe's robust musical theater education. But the queer performer's Coachella set, which deserved to have a headlining slot, showcased every facet of her unmatched talent: the vocals, the dancing, the vision, the passion. Monáe delivered on all the fan favorites, including her Duran Lantink-designed vagina pants, and dropped in a few surprise guests (Lizzo, Tierra Whack). The finale song, "Tightrope" off 2010's The ArchAndroid, was stretched out for nearly 10 minutes with multiple endings and epic, powerhouse belts.