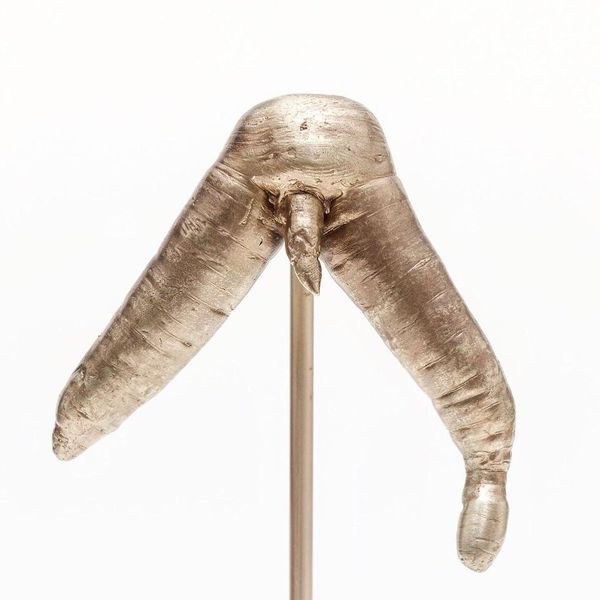 Life has never been the same since Amy Schumer found this oddly shaped, NSFW carrot. Memes have been made. Many videos have been taken. But the comedian's been looking for ways to preserve and immortalize this one-of-a-kind treasure she discovered. So she decided to have it cast in bronze.

In a previous IGTV post, Schumer said that her husband chef Chris Fischer found the unique-looking vegetable around Thanksgiving last year. Since then, it's gone viral with many of her fans participating in the "Carrot Challenge," making hilarious photo edits replacing people's bottoms with the carrot. And while it's held up pretty well until around December, she slowly saw it get old and began to worry that it would decay soon.

Schumer put a call out to fans about how to go about preserving the carrot. Luckily, she eventually found someone to professionally bronze cast it: artist Tyler Hays. This was before Schumer and her family held a funeral for the root crop. And now this beauty is being auctioned off for a good cause.

A total of 12 editions of the bronze carrot have been made, in collaboration with Hays' brand BDDW. The pieces of art, entitled "THIS IS A CARROT!," will be raffled and auctioned off with proceeds going directly to hunger relief nonprofit Feeding America.

If you want to throw your hat in the ring for a chance to win one of the 12 sculptures and donate to a good cause while you're at it, click here.