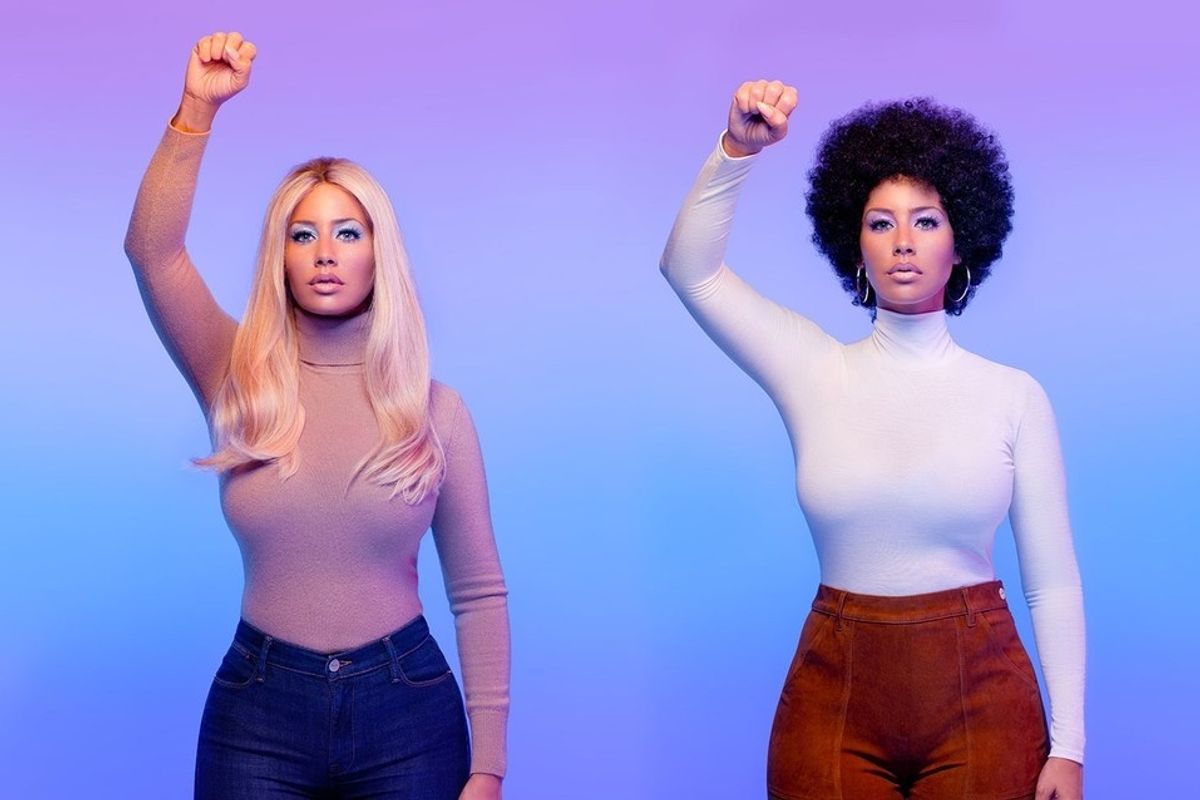 Muva Superior Amber Rose has been outspoken since day one, challenging the respectability politics that dictate who society deems worthy of dignity. She's open about stripping as a young woman in her native Philadelphia before making her way to the West Coast as a model, talk show personality, video vixen and muse to rappers including exes Wiz Khalifa and Kanye West (and current partner 21 Savage). More than her famous relationships, though, Rose is perhaps best known these days for her SlutWalk — an annual event and transnational movement that calls for an end to rape culture, including the victim blaming and slut shaming of sexual assault victims.

Rose's latest partnership is with luxury sex toy brand Lelo, and the pairing makes sense — self-pleasure, especially for women, remains taboo in many pockets of society, and Rose is the ultimate taboo-breaker. For instance: her work is centered on ending rape culture, a reality that wasn't brought into the mainstream conversation until just these past few months, with the outpouring of #MeToo stories that made concepts like victim blaming front page news. We chatted with Rose about her advocacy, the lack of inclusivity in the women's movement and why it's frustrating that it wasn't until famous actresses spoke up about assault that people started listening.

Why do you think there is such a stigma around self-pleasure for women?

And it's good for your mental health, right?

Have you always felt comfortable in your sexuality and talking about it, or was it a journey for you?

No, no, no I definitely was not always comfortable. I was kind of one of those girls that was late as far as having sex. All my friends were having sex, and I wasn't. All of my friends were having kids at 16, 17, 18, and I had my son at 30 years old. But, I was always around all the boys, so I had a really bad reputation of being a hoe when I wasn't doing anything at all. Instead of being like, "You know what, believe what you want, I don't give a shit," I was like, "No, no, no you don't understand, it's not like that."

And so once I became famous, the same thing was happening to me again and I was like, "Man, fuck this shit, I'm just gonna embrace it." So, I started referring to myself as a slut and just fighting back against derogatory labels and my fans basically do the same. And then I started my Slut Walk. There was little bits and pieces that I would bring into my life that I became passionate about, being sex-positive and fighting against rape culture and derogatory labels. And I just incorporated so many different things into my SlutWalk and into my everyday life. It was a gradual thing.

What's it been like to see the topics of slut shaming, victim blaming and rape become part of the larger conversation, with #MeToo and the Time's Up movement taking off these past few months?

I'll be honest with you. I'm really happy that our end goal is to fight against rape culture, especially with these guys that are in power and that take advantage of us. But I do almost get angry at the fact that I started this four years ago, and I have reached out to so many celebrity women to help me fight this fight, and they felt like I wasn't good for their brand. Maybe because I used to be a stripper, or maybe because I'm extremely outspoken. But they didn't want to help me, and now I see them at the Golden Globes and they're wearing black and all of a sudden they're feminists.

When the second Women's March was happening, I was talking to some women who were doing their own sex workers' march, and they were saying they felt unwelcome. And the fact that only a certain type of woman gets —

It's bullshit. It's all fucking bullshit. And I went to the Women's March, it was a type of feminism that I didn't particularly understand. The Women's March felt very conservative. It felt like they weren't embracing every type of person and fighting against sexual violence for everyone. It's just very frustrating. But like I said, I'm happy that I brought it out there and people are getting the help that they need. That's ultimately my goal. But it's just how it's being done is very frustrating to me.

I mean, my whole thing is like, if you care more about your brand than actually helping people, you're a perpetrator. Don't do anything at all, because you're not for everybody. Be for everybody, let's band together and just help everybody. Not just rich women that are in movies.