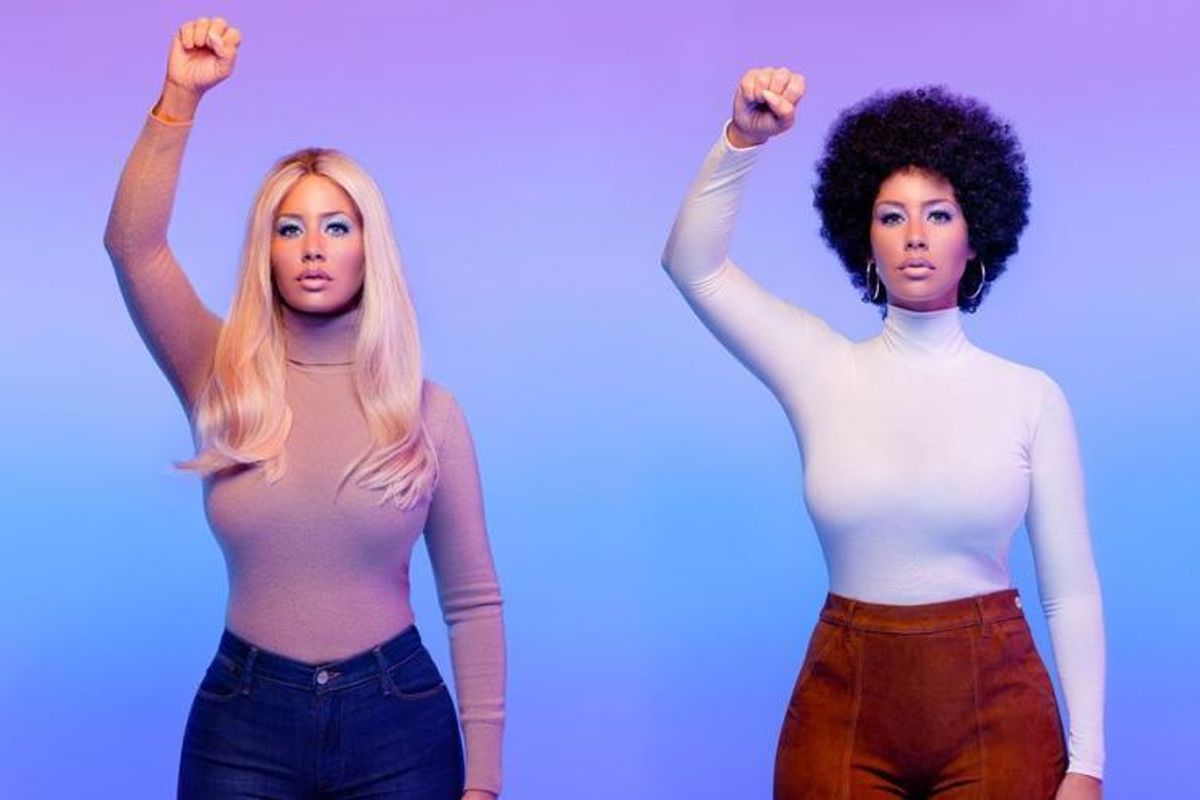 Amber Rose Wonders Why She and Kim Kardashian Are Slut-Shamed, But Beyonce Isn't

Earlier today, our universal muva/feminist icon Amber Rose spoke to The Daily Beast about the double standard of slut-shaming, this time honing in on the way society views people like her and Kim Kardashian in opposition to "talented pop stars" like Beyoncé -- who is, admittedly, able to tout her sexuality without fear of judgment.

Yeah, she went there -- but she's also 100% right. As Rose herself articulates, "It's bullshit, and this is the thing: They come at me and Kim so hard because I was a stripper and she had a sex tape...We all love Beyoncé, but she's on stage half-naked and twerking all the time, yet people say, oh, she has talent so she's able to do that." After all, while Queen Bey may not be 100% free of slut-shamey judgment, she sure as hell doesn't get the level of shit Rose does for, errr, doing a similar thing re: overtly embracing her empowerment.

"We don't have the talent that Beyoncé has, so we get criticized as former sex workers," she said. "But at the end of the day we're just women — we're all women — and we should all embrace each other. No one is greater. We're all the same. So, to criticize us as incapable of being smart businesswomen because Kim has a reality show and I'm a socialite and we don't sing is stupid."


Rose also brought in the more obvious example of famous men who talk openly about their former lives as sex workers, and (surprise!) don't get shit for it.

"No one gives a fuck that Channing Tatum was a stripper," she said. "He's an established actor who's at the Vanity Fair parties and the Oscars, but for me, no matter how far I go in my life, I see these stories that keep referring to me as a 'former stripper.' No one says 'former stripper' about Channing Tatum, or 'former McDonald's worker' about Brad Pitt. No one does that to men."

She then continued on to further defend Kim's nude selfie by comparing her situation to The Game, saying "everyone is like, damn, you've got a big dick, or damn, you've got a nice body. Nobody says, damn, 'Kim had a fuckin' baby and that bitch looks bangin' as fuck!' Nobody says that! They just criticize her because she's a mom."

All hail, Amber, for real. Let's hope she and Kim are really working on that SlutWalk proposal.