To celebrate the release of her manifesto How To Be a Bad Bitch, PAPER asked author and model Amber Rose to channel some of the feminist movement's most important icons and leaders. 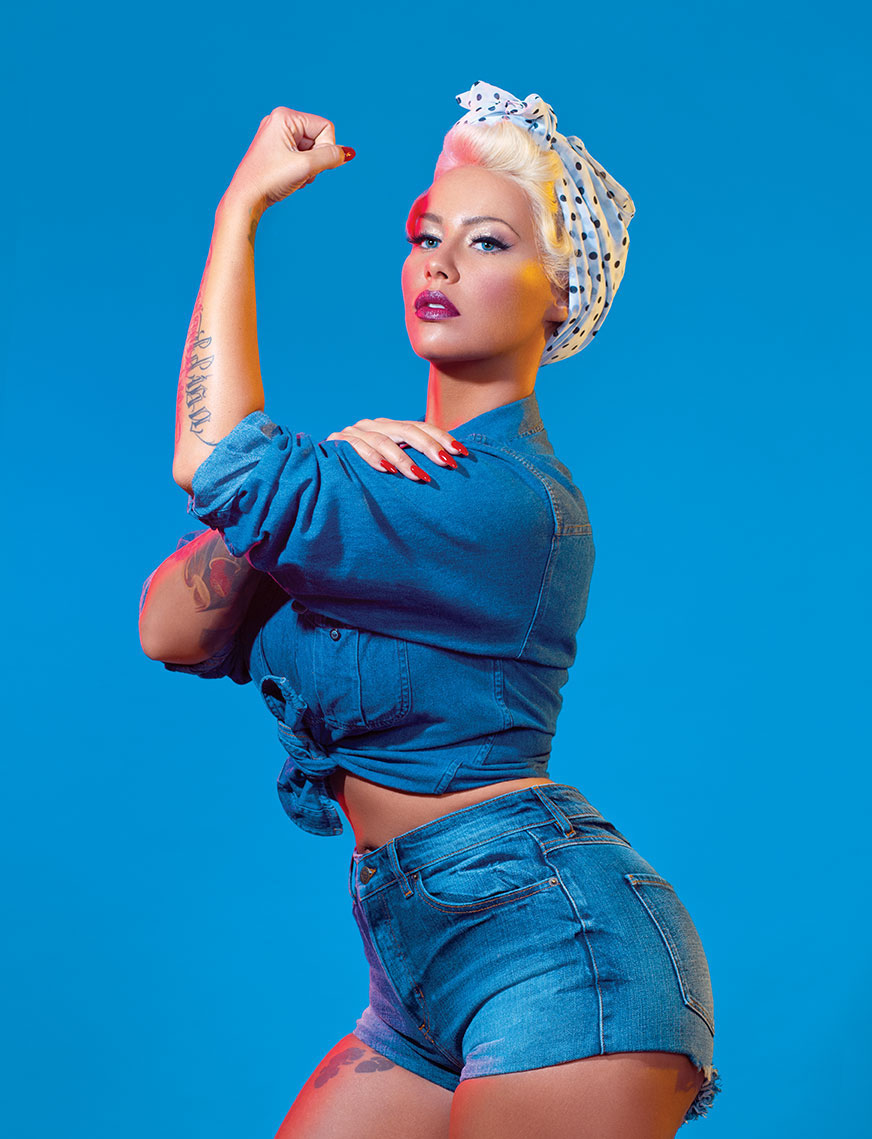 Amber Rose as Rosie the Riveter. Shirt and shorts by Levi's. Scarf by Guess. Photo by Charlotte Rutherford. 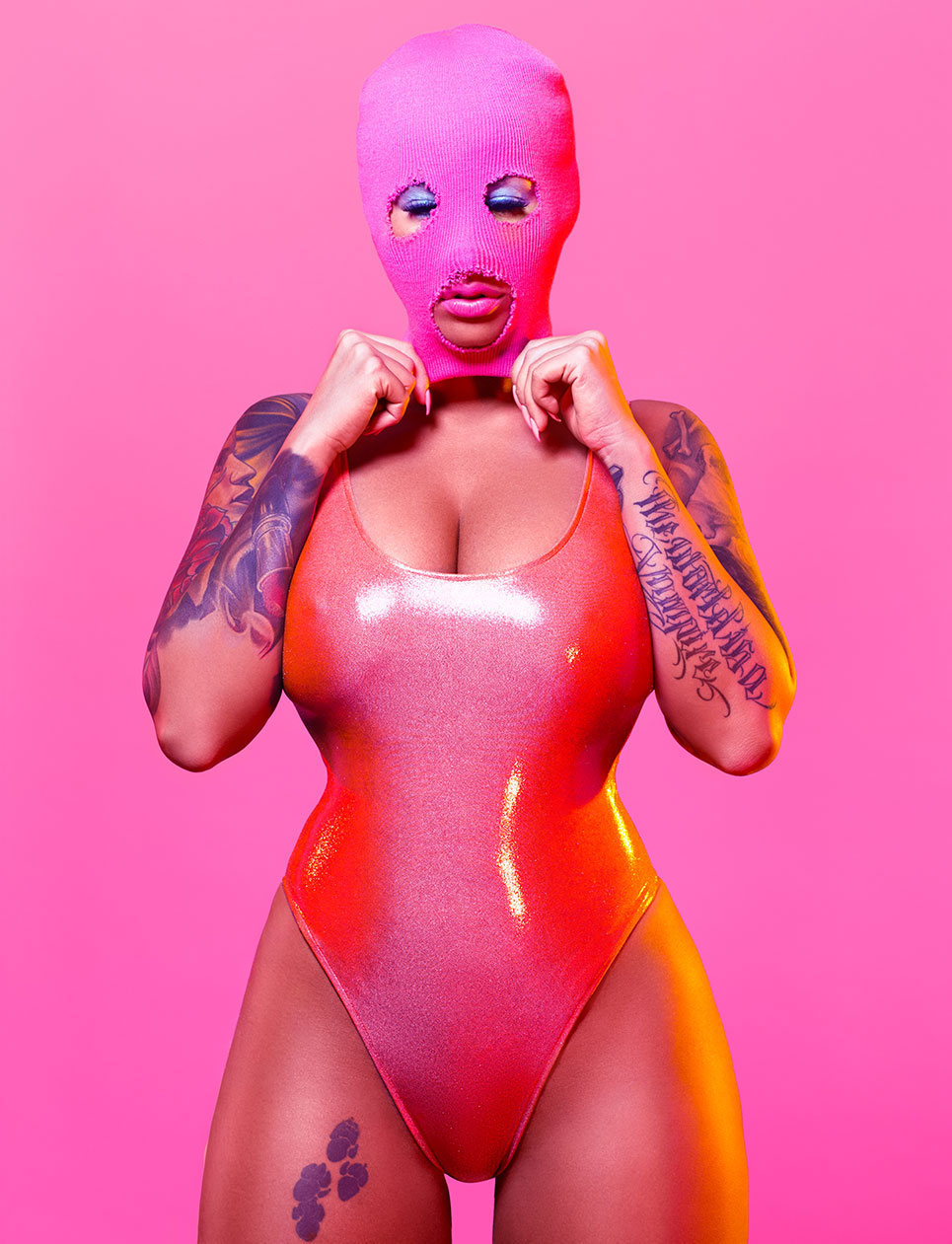 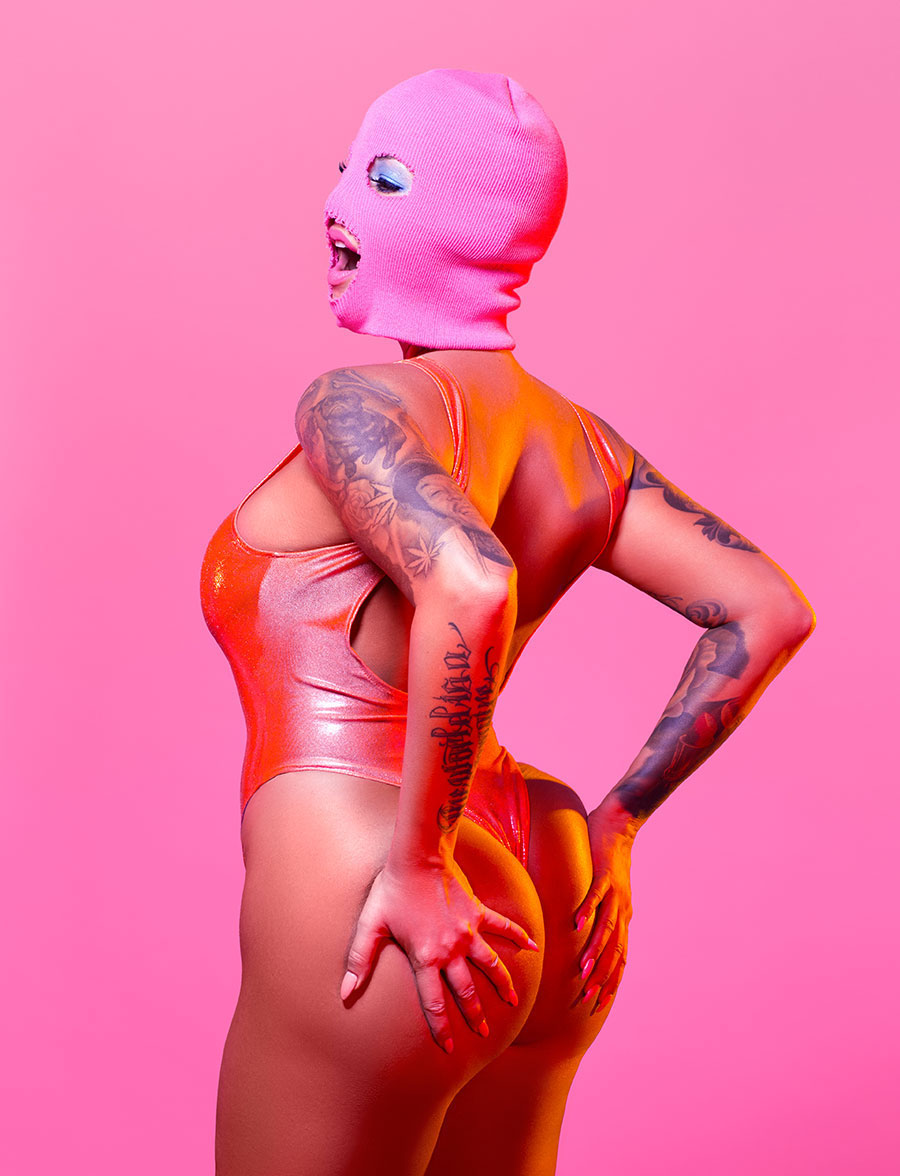 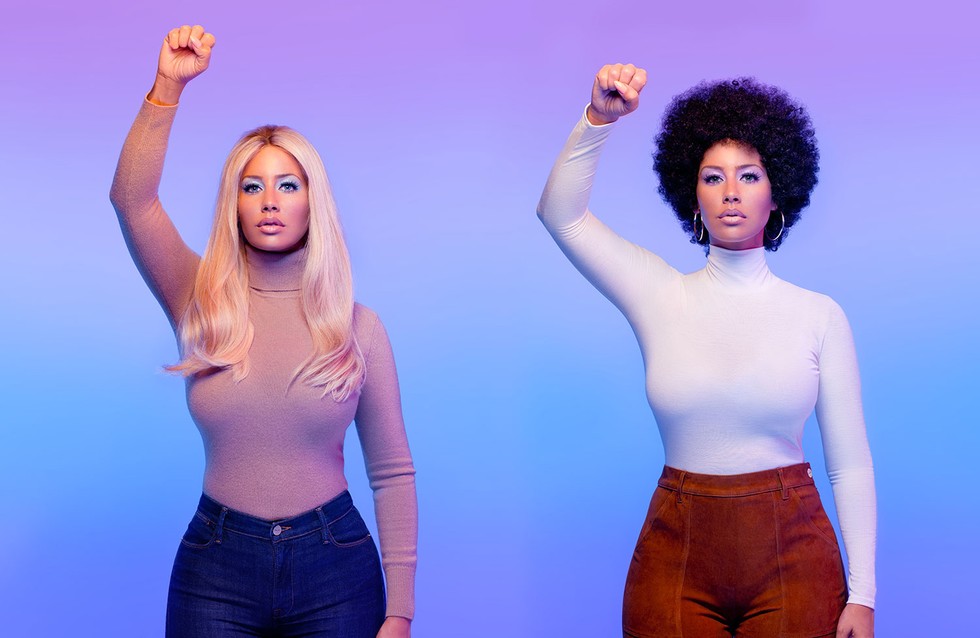 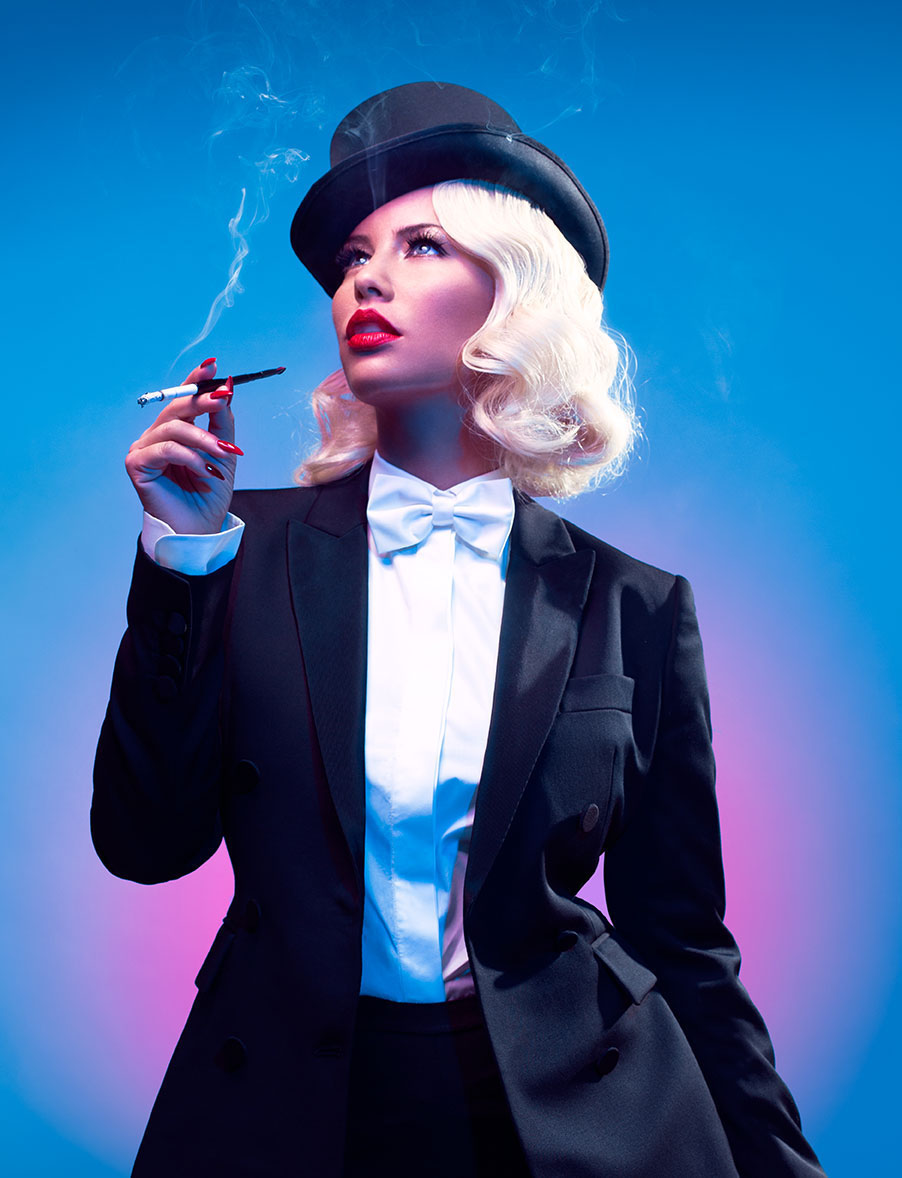 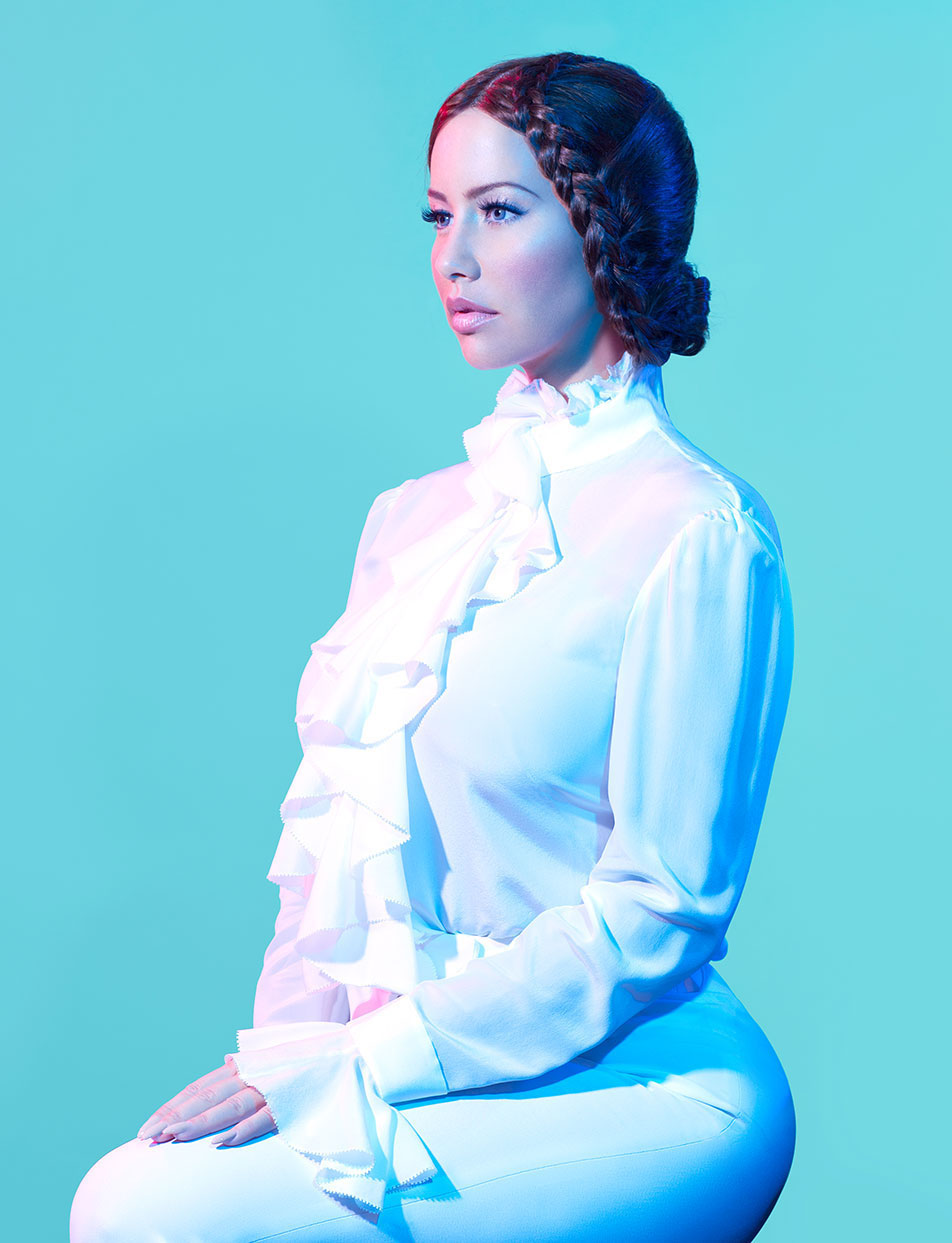 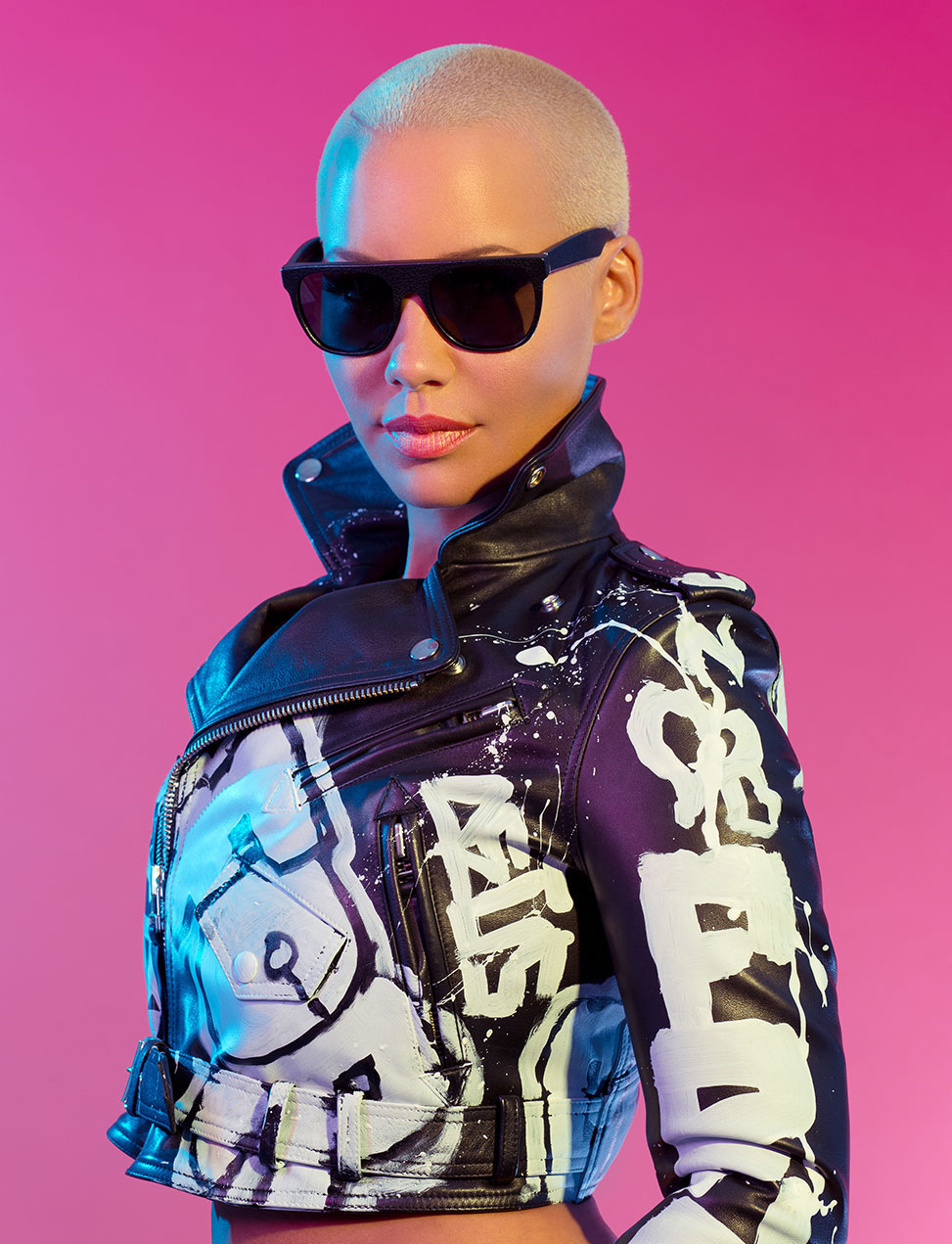 
Before she organized a large-scale Slut Walk to promote sex positivity and wrote the memoir/empowerment manual How To Be a Bad Bitch, Amber Rose was once a "slut-shamer, completely." The model and actress cites her split from former husband Wiz Khalifa, however, as when she decided to identify as a feminist.


"I would look on [Wiz's] Instagram and he would have pictures of all these women all over him… and then I would post a picture of me and my son. And people would be like, 'Does your son know that his mother's a whore?'" she says. "People are like, 'Wiz is out fucking mad bad bitches and you're at home crying over him because he's the best thing that fucking ever happened to you and now you're just a fat, bald-headed single mother and no one will ever love you.' So yeah, I guess months of seeing shit like that, I was just like, 'I can't live like this. There's something wrong.'"


Rose has of late been reborn as a feminist hero whose goal is to empower women and help them realize that there is no shame in enjoying one's sexuality. It's an issue she understands well, as the first time she was called a "slut" was in the eighth grade at a party where she was playing Seven Minutes in Heaven with a group of classmates, one of whom took her in the closet and told her to get down on her knees.


"That young, I didn't know what [that] meant," Rose pauses a second. "It just didn't register. But he's like, 'No, no, I'm telling you, get down on your knees. I'll show you something.'...And then he just opens the door, right?...And I look over at him and he has his penis in my face, I'm on my knees — and still, girl, I swear to God, I swear on my son's life, it still didn't register to me why they were all gasping."


Rose says she was still a virgin and "had never even thought of giving head at that time," she says of her introduction to slut-shaming and the lack of control women have over their own sexuality in our society. "I was so young. I fell into a depression. Everyone hated me. I was the school slut." It's a narrative she says has haunted her since, though she claims to no longer "give a fuck" about the naysayers. As she spends more time addressing these issues, as a biracial woman she's also realized that the movement itself is still far from perfect, especially after she saw "a lot of older women speaking [negatively] about [my Slut Walk]" — as illustrated by an outpouring of Facebook comments and tweets, some even from people near her age, saying things like, "This #amberroseslutwalk is a shame. Instead of it being about defending rape victims… it's turned into these crazies wanting to be topless."

"I guess what I want with our generation is to have it not be that way," Rose says wistfully. "Like, all of us as women, let's just stick together and look out for each other. I was really glad that my Slut Walk was extremely diverse. There were all types of women from all walks of life there... That would be the main thing for me... really just try to take the racism out of feminism for our generation."