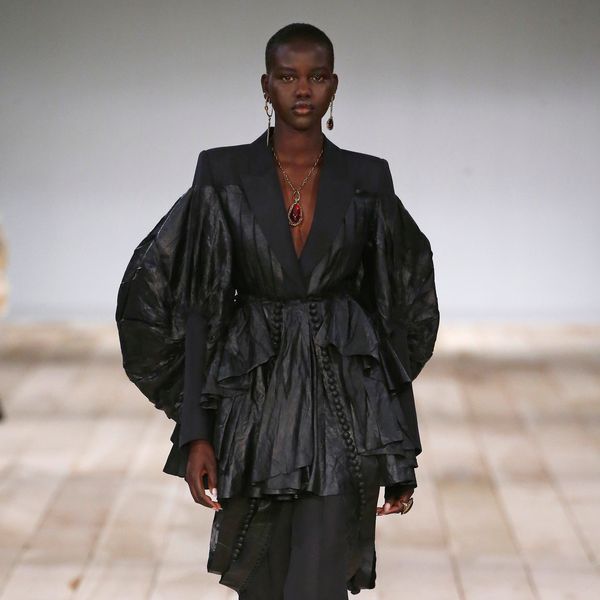 You can now relive an iconic Alexander McQueen fashion show experience during quarantine. As part of their #McQueenCreators series, the brand has launched #McQueenMusic on Spotify, so that listeners can stream the music from their iconic shows.

The playlist, which has been edited and selected by John Gosling, who has curated the brand's show music for over 20 years, includes collaborators such as Isobel Waller Bridge and the London Contemporary Orchestra.

Both collaborators composed and performed the live soundtrack for McQueen's Spring/Summer 2020 show. The track "Arise" by Isobel Waller Bridge, which was used in Masha Vasuykova's seascape campaign film, is also featured in #McQueenMusic.

Follow Alexander McQueen on Spotify, here, and immerse yourself in their luxurious playlists below: