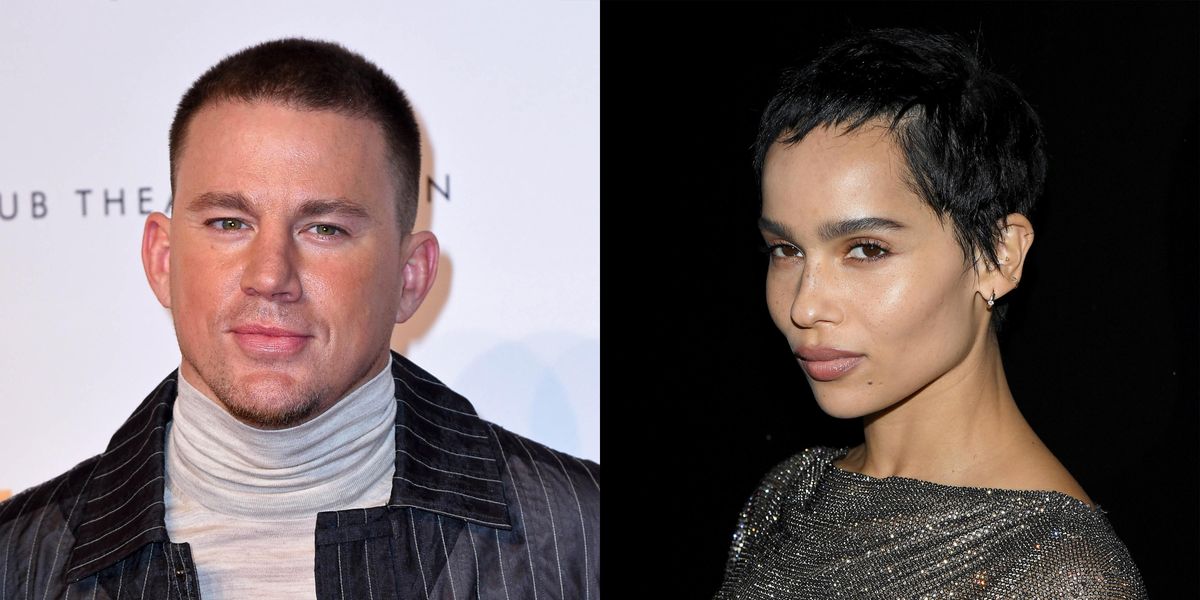 Are Zoë Kravitz and Channing Tatum a Thing?

This week rumors have been swirling about Zoë Kravitz and Channing Tatum's relationship status. The two were first spotted riding a bike together in New York City on Wednesday. And on Thursday, the two were spotted together again, grabbing coffee and having a good laugh.

The photos from their coffee hangout were recently released by Page Six. And Tatum had another BMX bike in tow as the two were enjoying their iced lattes. The new pics have raised more eyebrows and the people have more questions about whether the two are dating.

The two have been linked together since earlier this year after Kravitz filed for divorce from ex Karl Glusman. At the time, sources told media outlets that there was nothing romantic brewing between the two. It was simply because Tatum was chosen to be part of Kravitz's directorial film debut, Pussy Island.

Related | Please Enjoy These Photos Of Channing Tatum In College

But it's possible that things may have changed since then. "There's more than a friendship going on with Channing and Zoe," an inside source previously told E! News. "They are spending a lot of time together and having fun. They are more than just close friends or co-stars. Their relationship has grown into more."

Neither Tatum nor Kravitz have made any public comments about the rumors, nor did any outlets get word from their reps just yet.