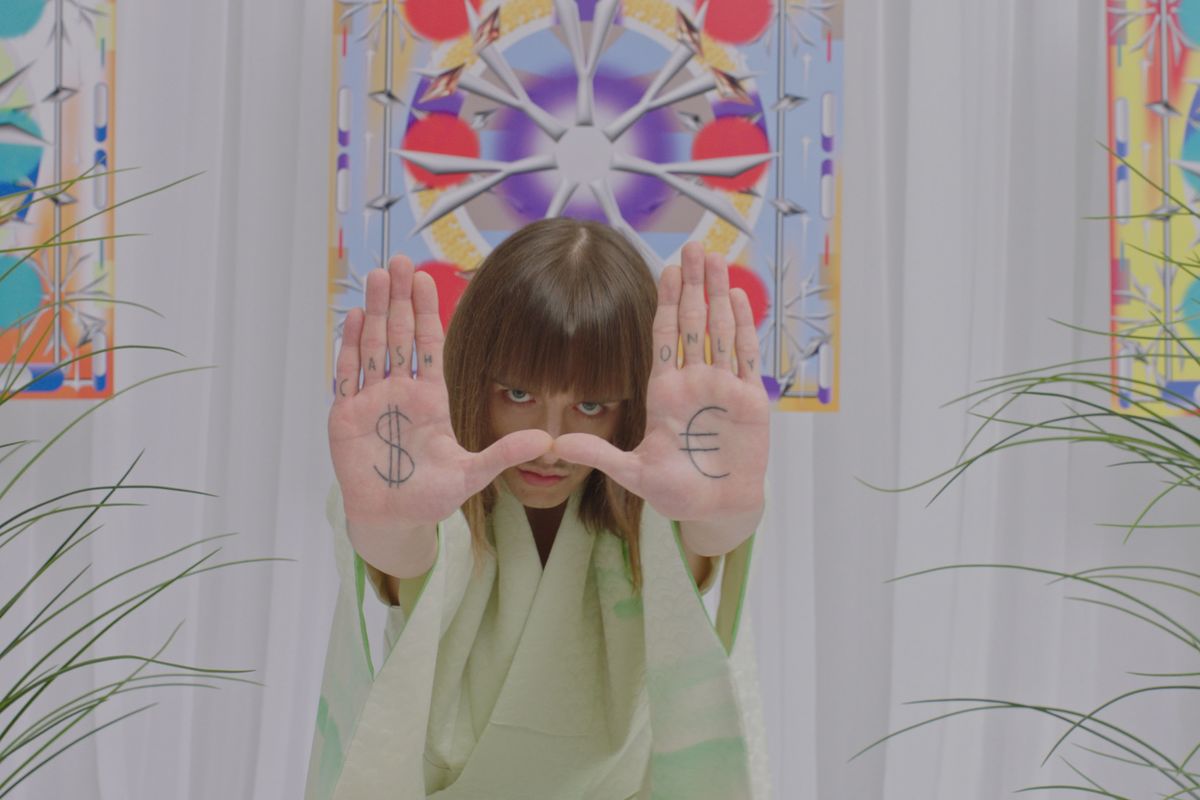 The last thing you can say about Estonian rapper and conceptual artist, Tommy Cash, is that he's subtle. An over-the-top personality, Cash leans into the more absurd aspects of contemporary rap culture with a semi-satirical slant, similar to Die Antwoord in a ridiculous but earnest interpretation of the genre. Having had a breakthrough moment after being featured on Charli XCX's landmark Pop 2 mixtape, Cash has since gone on a world tour and release a string of singles that continues to up the ante.

Now with the release of his debut album, ¥€$, Cash is determined to make definitive statement on who he is as an artist. Deliberately all over the place, bouncing from soaring eurodance to industrial-tinged trap to retro 80s R&B, Cash is ultimately what remains constant throughout the album.

Featuring production credits from the likes of PC Music mainstays A. G. Cook and Danny L Harle, techno-maven Boys Noize, and avant-garde electronic duo Amnesia Scanner, ¥€$ manages to bring some of the most cutting edge beatmakers under one roof. Cash also enlists the help of controversial rapper, MC Bin Laden, and none other than fashion denizen, Rick Owens, as fittingly left-field featured artists. Owens despondent spoken word of "necromantic savage" and "black magic fuckboy" are worth the price of admission alone.

For hardcore fans Charli XCX's backing vocals on "COOL 3D WORLD" and A. G. Cook's deep cut sampling of easyFun's "Full Circle" are sure to prove as rewarding as entertaining and for the uninitiated, unabashed bangers like "X-RAY" and "BRAZIL" will provide a thoroughly enjoyable point of entry. If you weren't already, now is the time to get acquainted.

Often labeled as provocative or controversial, Cash has cited Kanye West, probably the most polarizing figure in rap, as one of his main influences, and it shows. Cash manages to capture the same larger-than-life unfiltered grandiosity that makes both balk at Kanye and still click play with every new single to find out what outrageous thing he's said next. Albeit less of an ass than Kanye, Cash explores new avenues and brings his persona to new heights on ¥€$ in a way that successfully sets himself apart from a sea of copycats. If ¥€$ is the start to a career, we are in store for something absolutely insane.

Listen to the PAPER premiere of ¥€$ below, out now on all platforms: