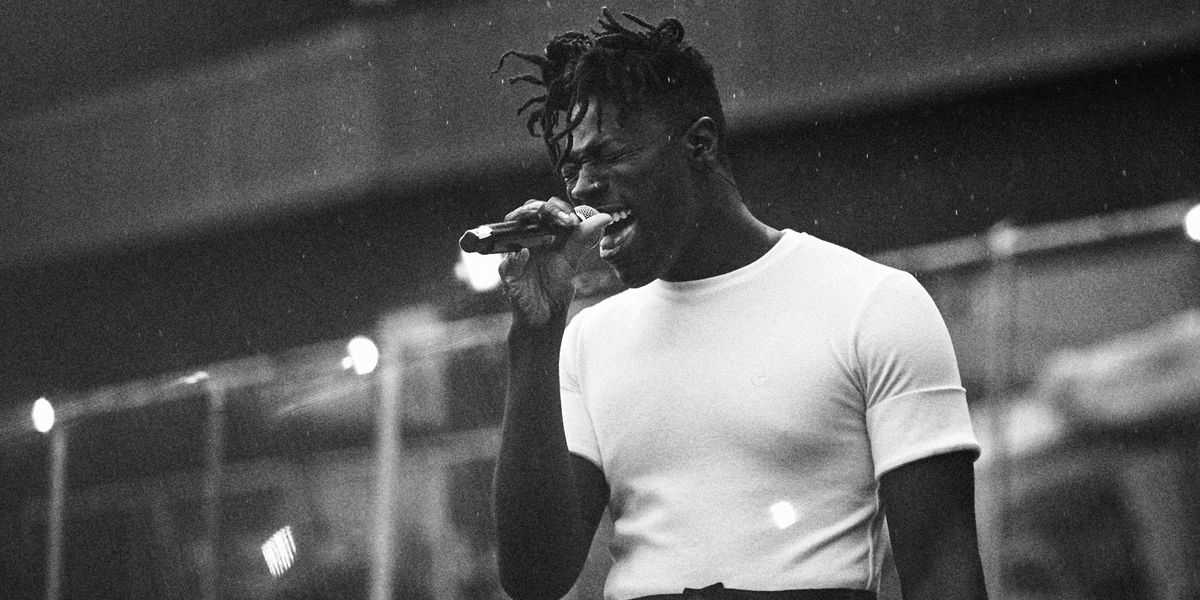 Telfar Clemens' spring 2019 show, held one year after the designer (finally) won the CFDA/Vogue Fashion Fund, was dedicated to America. Reversible t-shirts featured images from the Telfar lookbook printed over icons of Americana: stars and stripes, eagles, horses. Budweiser, a NASCAR sponsor sold in the summer as "America," provided a point of reference, while dress shirts were rendered in an "immigrant palette."

And the flag, currently an object of lusty zeal, was printed on numerous garments, including on boxers attached to a sagging pair of jeans. Clemens is a genuine student of mass production and appeal; his jokes about America, capitalism, and desire always land.

Many of the pieces looked straight out of the '60s and '70s; like if they could talk, they would call you "cat." Collars and denim legs — panels of which can be replaced with other fabrics, depending on the wearer — were wide, while waists were high.

Everybody Make Some Noise Right Now

Last season, Telfar's show was staged as a concert, with performers displaying the clothes as they played. And while this time Clemens did have models walking a runway (he showed outside at the BLADE Lounge East, a helicopter airport next to the East River, in a fenced-in space constructed by architecture firm SO-IL as part of the BOFFO Building Fashion series) he clarified that the music is as important to the experience as the clothing.

So in collaboration with South African performance collective FAKA, with whom he previously worked on a gallery performance in London, Clemens created an original composition, sung live by brand favorites Ian Isiah (who hypnotically sang the refrain "everybody make some noise right now" over and over again last season), Moses Sumney, Oyinda, Selah Marley, Hirakish, and Butch Dawson. Austin Williamson of Onyx Collective played the drums on top of the actual heliport. Indya Moore of Pose walked and vogued.

“Don’t Have Any Money”

"Become a queer, Liberian-American eighteen year old, travel back to 2004 and establish a 100% unisex fashion line in New York City. Try to make clothes that do not exist on the market — just as you don't exist in the world. Try to make pure garments without the ornament of gender, race, class; high and low; male or female. Don't have any money. Find your inspiration from not just the best clothes but the most clothes: the material reality of clothes, as a flow of communication, as a form of pollution; be as inspired by Old Navy as Helmut Lang. Persist for a decade despite being ignored. If the road is closed to you — cut a new one. If you can't get into stores, get into museums. Design the uniforms for 10,000 employees of White Castle. Win the CFDA/Vogue Fashion Fund. Keep your family close, ignore the bullshit. Good luck — lot's of love."