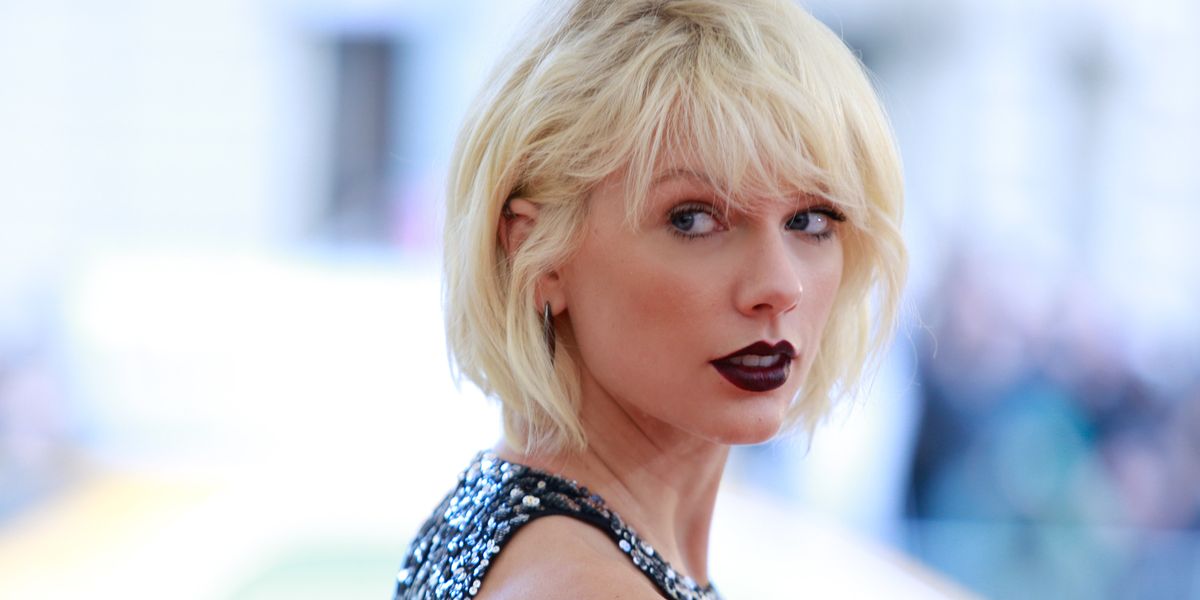 Taylor Swift actually does give a damn about her bad reputation, to quote the iconic Joan Jett classic. But as we all know by now, Swift, ever the savvy marketer, has found ways to reclaim the scandalous narratives she's been embroiled in for maximum impact aka $ale$.

When Reputation dropped last November, Swift (honestly, rather smartly) capitalized on the negative press by embracing a darker, harder-hitting pop sound and thus, a more villainous bad-girl image (complete with smear campaign-style album art by Mert & Marcus) that led many to believe she was culpable in the crimes she stood accused of. Love it or leave it, but the strategy worked; the record sold over a million copies in its first week — something that, frankly doesn't happen anymore.

Now if you'll recall, the snakes seen slithering 'round the world first began plaguing the singer's public image in the summer of 2016. There was that unfortunate moment from Calvin Harris that led to Internet trolls dropping snake emojis in Swift's Instagram comments on the singer's (now deleted) posts.

Then, there was Kim Kardashian West and Kanye West, and that whole messy exposed-on-Snapchat-for-dishonesty situation. And this:

For those of you looking to relive the play-by-play media storm that ensued, go right ahead and help yourself to a Google search! It's frankly all too exhausting to repeat at this point.

Swift, on the first stop of her Reputation Tour in Glendale, AZ (which she kicked off Tuesday night with Charli XCX and Camila Cabello), finally addressed the whole thing mid-performance in her vague, not-naming-names, above-the-fray sort of way. But what Swift did get specific about was the way social media trolls and Internet bullying ultimately affected her— which could stand in as a powerful message about the perils of online visibility and the unrestricted bullying that can occur as a result:

"A couple of years ago, someone called me a snake on social media and it caught on. And then a lot of people called me a lot of names on social media. And I went through some really low times for a while because of it. I went through some times when I didn't know if I was gonna get to do this anymore. And I guess the snakes, I wanted to send a message to you guys that if someone uses name calling to bully you on social media and even if a lot of people jump on board with it, that doesn't have to defeat you. It can strengthen you instead.

And I think something that came out of it that was good was is that I learned a really important lesson that I've been telling you from the stage for ten years but I haven't been able to learn myself, which has to do with how much you value your reputation. And I think the lesson is that you shouldn't care so much if you feel misunderstood by a lot of people who don't know you, as long as you feel understood by the people who do know you, the people who show up for you, and the people who see you as a human being. So thank you, thank you, thank you for taking the time to get to know me, for sticking up for me, for seeing me as human being."

Watch below for a clip of the moment:

And take note of just how much Swift has embraced (reclaimed?) the whole legless reptile motif, because again, she's nothing if not a savvy marketer, even if it renders her polarizing.