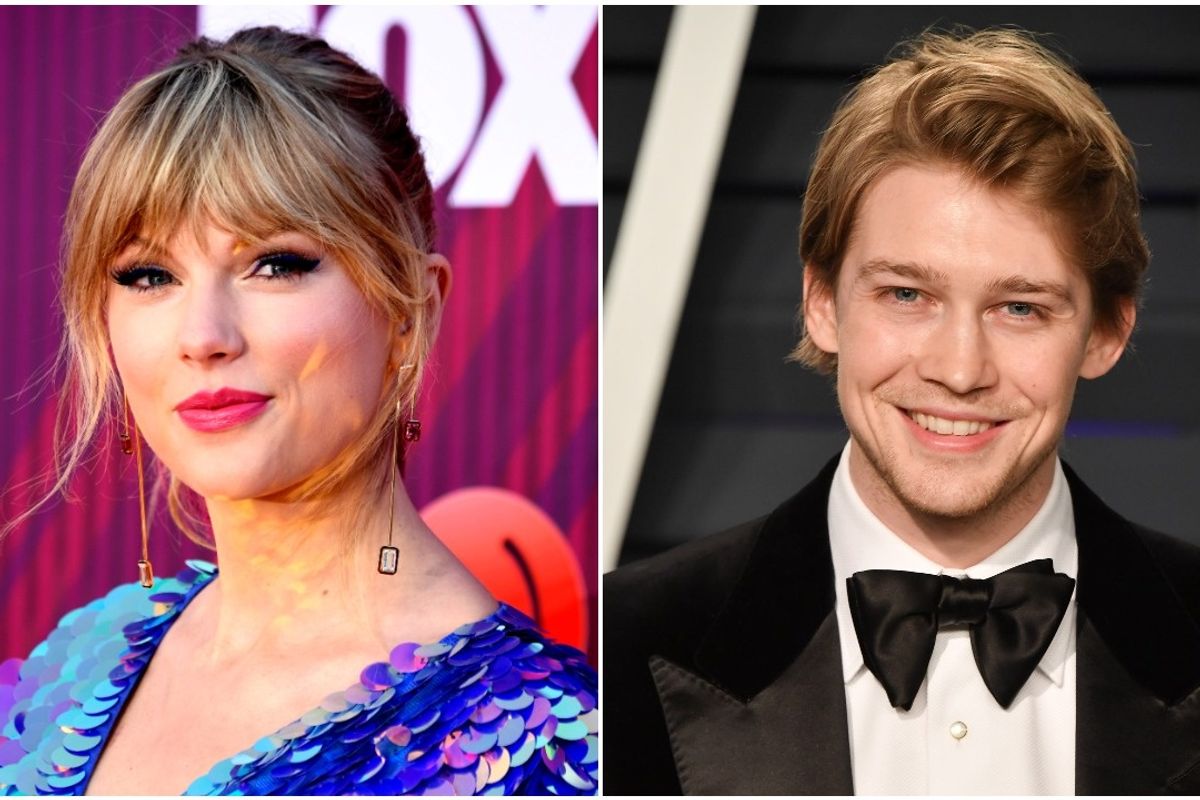 Following the album's surprise release this past July, Swifties noticed that the unfamiliar name was credited as a co-writer on two songs: "Exile" and "Betty." And while some thought it could just be the name of an industry upstart, given the star's love of a pseudonym (Nils Sjoberg, anyone?) and a good Easter egg, others began wondering if William Bowery was actually the secret identity of someone else in Swift's inner circle.

Related | Taylor Swift's folklore Is Getting a Movie

Thanks to a couple of key clues though, one of the most popular theories to emerge was that the songwriter was actually her boyfriend, Joe Alwyn. That said, Swift herself has now confirmed the speculation via her new concert film, folklore: The Long Pond Studio Sessions.

During a conversation with producers Jack Antonoff and Aaron Dessner, Swift admitted that "William Bowery is Joe," and revealed that the actor also "plays piano beautifully."

"He's always just playing and making things up and kind of creating things," she said, before adding that Alwyn wrote the first verse and piano accompaniment on "Exile."

WILLIAM alwyn is literally joe alwyns great-grandpa. he was was composer, conductor, and music teacher pic.twitter.com/pDOaBieGgL

"He was just singing it, the way that the whole first verse is," she recalled, mentioning that he originally sung the part performed on the album by Bon Iver's Justin Vernon. "So I was entranced and asked if we could keep writing that one, and it was pretty obvious that it should be a duet, because he's got such a low voice, and it sounded really good sung down there, in that register."

Not only that, but Alwyn also apparently had a big hand in the writing of "Betty." Because according to Swift, the collaboration was born after she heard him singing "the entire fully-formed chorus" from the other room.

"I really liked that it seemed to be an apology," she said, before adding that she wanted the chorus being sung by a man. "I've written so many songs from a female's perspective of wanting a male apology, that we decided to make it from a teenage boy's perspective, apologizing after he loses the love of his life because he's been foolish."

Granted, Swift then went on to say that writing together was "a step" they wouldn't have contemplated if it wasn't for quarantine.

She explained: "This was the first time where we had a conversation where I came in and was like, 'Hey, this could be really weird and we could hate this, so could we just, because we're in quarantine and there's nothing else going on, could we just try to see what it's like if we write this song together?'"

folklore: The Long Pond Studio Sessions is available to watch on Disney+ now.