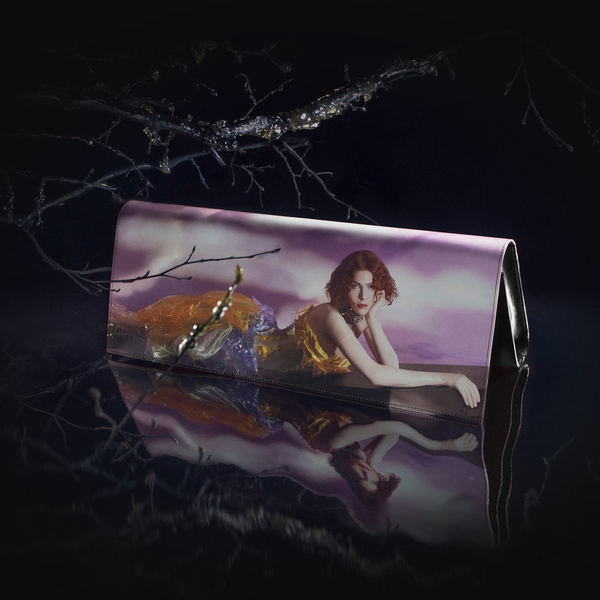 A few weeks ago, experimental electronic pop maven, SOPHIE, descended from her perch high atop the heavens to announce the arrival of a massive new remix album of her Grammy-nominated debut, Oil of Every Pearl's Un-Insides, available as an exclusive extra long clutch bag.

First shown off this February by Tzef Montana on the Grammy's red carpet, the limited edition three-disc CD release, made in collaboration with designers MAWI and Ciaran Moore, raised more than a few eyebrows with a whopping $285 price tag that had many opening their savings account for the year's most essential stan accessory.

This was all the most SOPHIE-like way she could have rolled out the new album. OG fans will remember the infamous "Silicon Product" that was paired alongside her 2015 compilation, PRODUCT, so it should come as no surprise that she'd avoid a traditional format this time around. After a week and a half of anxious hand-wringing around whether this would turn out to be an elaborate troll, the die-hard fans who had shelled out for the clutch finally got their hands on the mythical handbag and proceeded to promptly lose their minds.

Dropbox links and Google Drive folders soon flooded fan forums, Reddit and Instagram DMs, as stans tried to parse out the remix album's missing tracklist. Luckily the speculation was cut short only a few hours later when SOPHIE took to Twitter to fill in the missing blanks and share the mixed version of the album to her YouTube page in the process.

Clocking in at just over an hour and half, the Non Stop Remix edition of Oil of Every Pearl's Un-Insides features everything from throbbing techno to glitter-dusted house renditions and glossy ambient drones. (The latter of which some have speculated to be slowed down versions of tracks fans had been previously begging for.) Some of the standout cuts from the two disc release include the relentless "boy"-centric "PONYBOY (FAAST BOY REMIX)," "FACESHOPPING (MONEY MIX)" which was once rumored to be a demo for Rihanna, the five-part ambient deconstruction of "INFATUATION," and the speaker-knocking banger that is Doss and SOPHIE's remix of "WHOLE NEW WORLD."

Listen to both parts of the Oil of Every Pearl's Un-Insides Non Stop Remix Album, below: