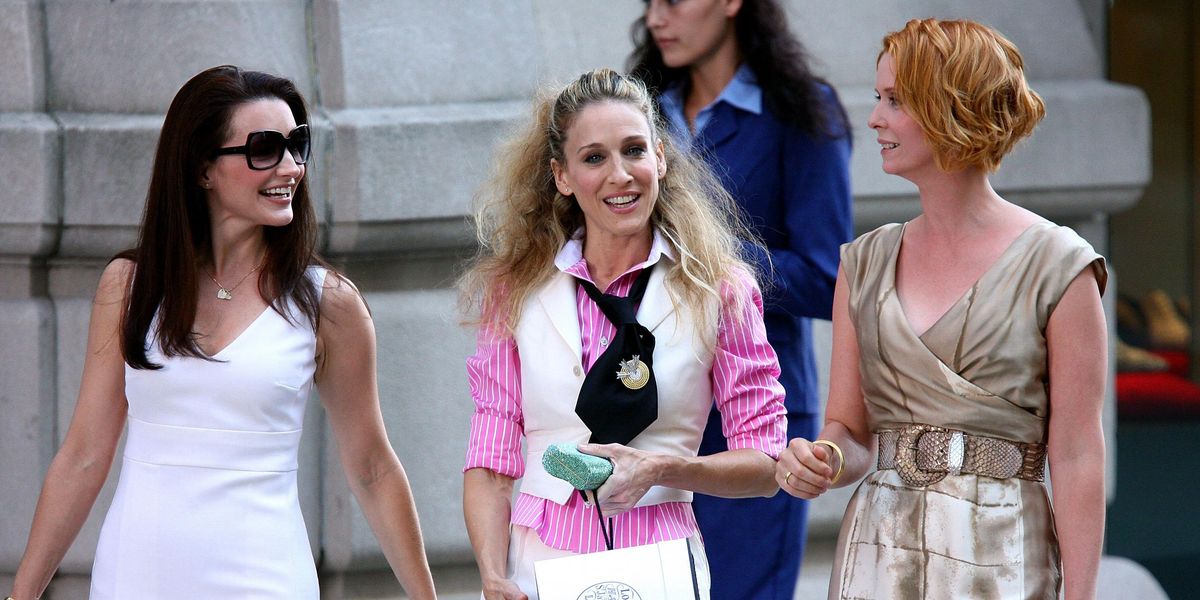 The Sex and the City reboot is already underway. After over a decade since the last film from the franchise, Carrie Bradshaw herself — that is, Sarah Jessica Parker — posted photos giving the people a sneak peek into the new series that's coming.

SJP posted a reunion photo with co-stars Cynthia Nixon (Miranda) and Kristin Davis (Charlotte), with the Manhattan skyline in the background. "Together again," the caption read. "Read through our first episodes. Alongside all the fellas and our newest cast members. Like an ice cream sundae."

The main ensemble got together for their first table read for HBO Max's "And Just Like That," along with Chris Noth who will be returning as Mr. Big, Willie Garson as Stanley, Mario Cantone as Anthony and the newest character to join the cast Sara Ramírez as Che Diaz.

Parker's photos, of course, do not include Kim Cattrall since she's declined to reprise her role as Samantha Jones. According to HBO executive Casey Bloys, her absence will be explained in the new series as a friendship that just faded away. "Just as in real life, people come into your life and people leave," Bloys told TV Line. "Friendships fade, and new friendships start. So I think it is all very indicative of the real stages — the actual stages of life."

And Just Like That will be a ten-episode limited series following the lives of Carrie, Miranda, and Charlotte as they navigate life in their 50s.