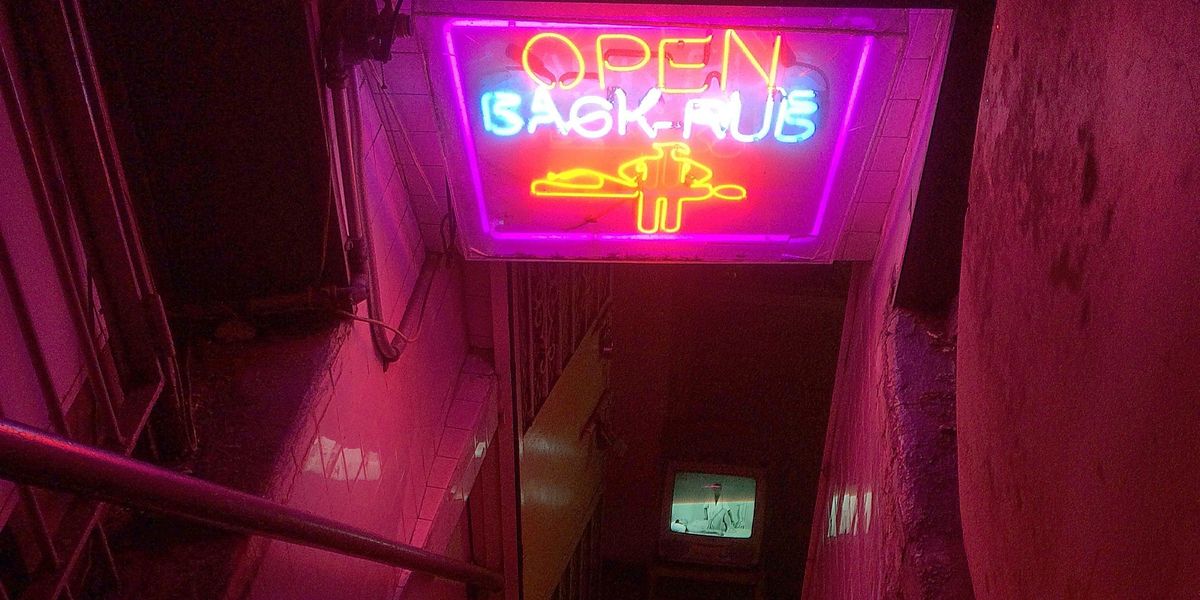 How Red Canary Song Is Advocating for Migrant Sex Workers

On the evening of November 25, 2017, a 38-year-old massage parlor worker named Yang Song fell four stories to her death during an NYPD raid at her place of work in Flushing, Queens. A story that made local headlines in 2017, what many didn't realize is that Song's legacy — one that touches on issues as far-reaching as immigration law, long-standing racist rhetoric, and the criminalization of survivors — doesn't end with her tragic passing, and this is something Red Canary Song 红莺歌 wants to ensure doesn't just fall to the wayside.

A grassroots organization that aims to advocate for migrant sex workers, support migrant leadership, and fight against unjust policies, Red Canary Song was founded last year in coordination with other massage parlor workers who wanted to create a union in the wake of Song's death. In addition to making sure that working conditions were up to par, many of them also wanted to know what to do when it came to dealing with the different forms of violence coming from the police or people impersonating police.

According to cofounder and interim director, Kate Zen — a former sex worker with over a decade of experience in labor organizing — Red Canary Song is a peer-led, mutual aid collective of migrant and Asian-American sex workers hoping to bring visibility to the social-specific issues and complications that affect those who rely on sex work for survival. With the goal of advocating against harmful policies and the injustices faced by many migrant workers, Zen emphasizes that discussions surrounding certain issues — such as the lack of police accountability when it comes to the arrests happening in Flushing, as well as the disproportionately aggressive prosecution and harassment of the massage workers involved in the Robert Kraft case (in which the Patriots owner was charged on two misdemeanor counts of soliciting prostitution at a Florida massage parlor) — are of utmost importance.

Not only that, but Zen also points out that their organizing is "very much rooted in global dynamics of the sex trade," as understanding the global factors that make people want to migrate in the first place is a huge component. Alongside those advocating for sex workers in Asia, including Hong Kong's Zi Teng and Thailand's Empower, Red Canary Song is here to continue supporting their work within the United States, where these international organizations, "don't have a voice… when it comes to policies that affect their lives."

"In so many ways, the dynamics of this particular business comes from global trade, monetary, and immigration policies, and must be met with transnational activism from sex worker groups like ours that connect across borders for context and organizing strategy," she continues, before explaining that a huge driver of migration comes from the hukou system, which restricts rural-born Chinese people's ability to move and work outside of their registered place of birth — a policy that leads many to move to Hong Kong and, eventually, Flushing.

As a result, Red Canary Song is beginning with NYC's Chinese community of massage parlor workers — many of whom work on the same stretch of 40th Road where Song spent her last few years. Granted, there's also a big issue when it comes to helping migrant sex workers themselves feel safe and empowered enough to play an active, front-facing role in the group.

"As sex workers, we are tasked with representation in our advocacy in a way that anti-trafficking groups are not, and representation is very difficult to achieve given the systemic barriers of race, class, language, immigration status," Zen explains. She also reiterates that "there's a real issue with visibility for a lot of migrant workers" and it is "hard for them to even join us for Lobby Day in Albany when they're criminalized on so many different levels," especially when an inherent fear of police stems from the fact that they're "coming from a country where the state is very repressive and where activism itself is dangerous."

Because even though Zen spent a couple years organizing with Butterfly — another organization centering Asian and migrant sex workers, albeit in Toronto — she's found that New York is an especially difficult place, as sex work criminalization is much more stringent in the US than anywhere else in the world — something that means "massage workers are just much more afraid, because sex work in and of itself is illegal in the US."

For her part, Zen believes that policing in the wake of FOSTA/SESTA has gotten worse across the country, especially as "more and more police attention is being paid to Asian businesses and massage parlors." Additionally, a 2017 Urban Institute and the Legal Aid Society report shows that NYC arrests of Asian-identified people charged with unlicensed massage and prostitution undergoing a 2,700 percent increase between 2012 and 2016.

"This is in line with a lot of rhetoric about how Chinese and Korean businesses are the source of human trafficking," Zen explains, before detailing how the shut down of Backpage has led to an even more far-reaching crackdown on migrant sex workers.

Explaining that Backpage worked closely with the authorities when it came to flagging potential instances of human trafficking or underaged sex work, Zen says that once the site was taken down, in order to "meet requirements and quotas to get funding," police made a "huge push toward Chinese and Korean massage work to look for trafficking."

And while nothing had really changed in those particular spaces after FOSTA/SESTA, Zen says there was a "very, very clear change in police tactics, which led to the close down of 40th Road" in the span of a few weeks this past spring. Aided by local members of the community, Zen explains that the NYPD began saying a "lot of trafficking was happening there, which is a narrative that's always been present."

"This is the second time in history this is happening. With the Chinese Exclusion Act, there was a lot of rhetoric around labor — that Chinese women were all slaves — which led to justifications that led to the outlawing of the immigration of a whole group of people," Zen explains, also pointing toward the aforementioned Kraft case, which is also a prime example of the way authorities sensationalize massage work via racist "human trafficking" narratives. "This form of racism is familiar to our community, and it's happening again. This time around though, we want to be vigilant about it and push back."

Related | Sex Workers Will Join Together for Tomorrow's Women's March

That said, Zen is quick to reiterate that despite all this, it's still incredibly difficult to ask people to come out and forward, especially when we begin talking about the stigma surrounding this kind of work, as well as more practical matters, such as housing issues or lack of immigration status.

"I was hesitant to jump in right away, though, because it's not my immediate community, even though I am Chinese. I was really worried about the chasm of cultural understanding," they say, before explaining that they eventually concluded they had to use their privilege in this situation. "There are so many sex workers in the activism world who come from privilege and may not be addressing the full scope of work that needs to be done. People who have America citizenship, have access to college education, and may have more choice in their careers of sex work."

That said, Red Canary Song's hope is to, ultimately, get enough funding to pay migrant workers themselves to be at the head of the organization and determine what needs to be done for their community.

As Red Canary Song outreach director Daphne Chang puts it, as a completely unfunded grassroots collective, it's hard enough to facilitate services, let alone provide financial support for migrant workers, so that they can focus on organizing rather than day-to-day survival. And in the face of the fast-moving political landscape, a significant amount of time has been dedicated to crisis response alongside partner organizations like Decrim NY. That said, building relationships with and facilitating community amongst migrant sex workers is just as important.

"In the future, we want to ensure that we have enough internal infrastructure, so we can build up both of these things and don't have to sacrifice one for the other," they say. "If we're too busy responding to attacks from people trying to slander our work who are anti-sex work, we don't want to have to jeopardize our other work [building a community]."

Currently, Red Canary Song is offering monthly drop-in outreach meetings for migrant workers, in which they can provide information and legal resources for attendees. They're also in the process of partnering with medical groups to create a mobile health unit that would be more respectful of the people's dignity — i.e. instead of focusing on health questions rather than queries about immigration status or occupation.

Additionally, Red Canary Song is also planning on putting together a migrant worker leadership institute that would ideally stipend them to go to an eight-week leadership development course, in which these women could undergo know-your-rights training in terms of interactions with ICE or other authorities, as well as media training and education on US civics, so that they "feel like they can participate."

"Right now, we're advocacy, because that's what our capacity has been," Zen explains. "We've been trying to create a platform for sex workers to speak directly."

As mentioned before though, funding is an essential component to ensuring that Red Canary Song can continue to function to the best of their capabilities — something that's pushed Quan and their production company Kink Out to produce a fundraiser event on November 2 called Red Canary Screams. Bringing together NYC's underground Asian-American queer, burlesque, drag, fetish, tattoo, and circus communities, the event aims to raise enough money to kickstart these initiatives, in order to help migrant sex workers gain a seat at the table.

After all, "It was really important to me to make sure to uplift everyone in this movement of decriminalization, because it's really scary if the fringes get left out," as Quan explains before concluding, "If some voices don't get heard or protected, they'll still be lost, exploited, and victimized."