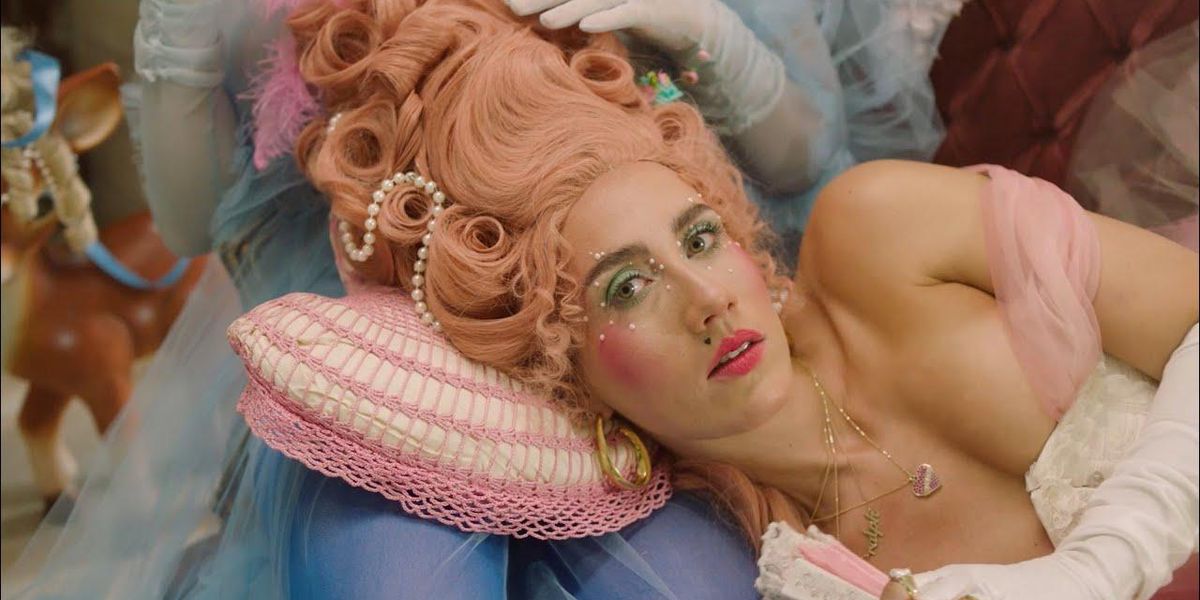 This bright single is the first off Ralph's forthcoming EP, GRADIENCE, and returns to the ultra-glam, nostalgic sound of her self-titled debut in 2017. Ralph referenced the work of icons like Cher and Donna Summer, landing on a larger-than-life pop sound that lyrically blurs the line between real life and fantasy.

Related | How Rico Nasty's Hairstylist Transformed Her Into Marie Antoinette

"Tommy" was created on a "hot July day" in the studio of Ralph's producer Derek Hoffman. She says she'd always wanted to write a song where the chorus was a name, like Dolly Parton's "Jolene" or Carly Rae Jepsen's "Julian." After downing coffee and rolling through "a million names," the collaborators finally landed on one: "Tommy, do you want me?" she repeats on the hook.

"We both instantly knew it was the one and everything built so easily from there," Ralph says. "The idea of seeing someone in a crowd and feeling instantly drawn to them, then losing them suddenly, is such a relatable and devastating concept — it's like a Cinderella story with a pop twist."

Watch the Renée Rodenkirchen-directed video for "Tommy," above, and go behind the scenes with Ralph on the day of production, below.

This was the first scene we shot that day. The wig weighs about 6 pounds, and what you can't see is that I'm wearing sweatpants and slippers from the waist down. I'm obsessed with my accentuated heart mole; I think I'm going to start doing it on a daily basis.

My stylist Carla Candela made magic happen with each outfit. I love this look; we wanted to mix traditional 17th century elements with contemporary style, hence the cat eye glasses and Viktor & Rolf tulle dresses.

The day of our fitting, Carla needed two cars to transport all the outfits because the dresses were so huge. She really heard me when I said "statement pieces." Big thanks to Carla's dad Jose for helping drive our mountain of tulle gowns.

My friend Justin Rousseau created all 11 wigs for the video. Each one is so unique and special. My director Renee and I almost cried when we saw them; they're pieces of art.

This dress is made by a Toronto designer named Gorm, and was like five layers of tulle and chiffon. I could barely sit down. We also loved the idea of the unexpected green UGGS so much that we changed the shot to make sure my feet were visible. I love a weird fashion moment; I'd rather have people think it's whack but memorable than have people not talk about the outfits at all.

This hot lil crew — from left to right: Lovon Gray, Ireland Byrne and Shaiann Roach — made my day feel so easy breezy. Not only were they amazing dancers, but their energy was infectious and they were down for anything we threw at them. Heavy wigs, heavy blush, cinched corsets etc — no complaints, just pure happiness and excitement.

My makeup artists Viktor Peters nailed the pearl look that I had referenced in my Pinterest inspo board. We wanted these looks to feel opulent and glamorous all over, so we did pearls in the hair and on the face.

I aesthetically love this scene. The monochromatic looks paired with the floral wallpaper and dated furniture feels old and new at the same time, which is generally the theme throughout the video. I love the details of each outfit, like the Pucci logo tucked under the classic pearls.

Tashi, AKA my Tommy, was originally my stylist's assistant... until we saw a pic of him and poached him for the video. We wanted his vibe to be "cool mysterious babe with subtle Steven Tyler meets Harry Styles vibes."

This was the final scene of the day and we last minute asked Lovon if he had any special moves. He suddenly busted out a perfect Russian split — managing to keep his wig on — and it's my favorite part of the scene. Also, fun fact: my older brother Kit, a film director, was on set dropping off something, and we threw a wig on him and forced him to be an extra in the scene. If you watch the video closely, you'll notice a new face in a tall white wig clapping in the background.

Stream "Tommy" by Ralph, below.