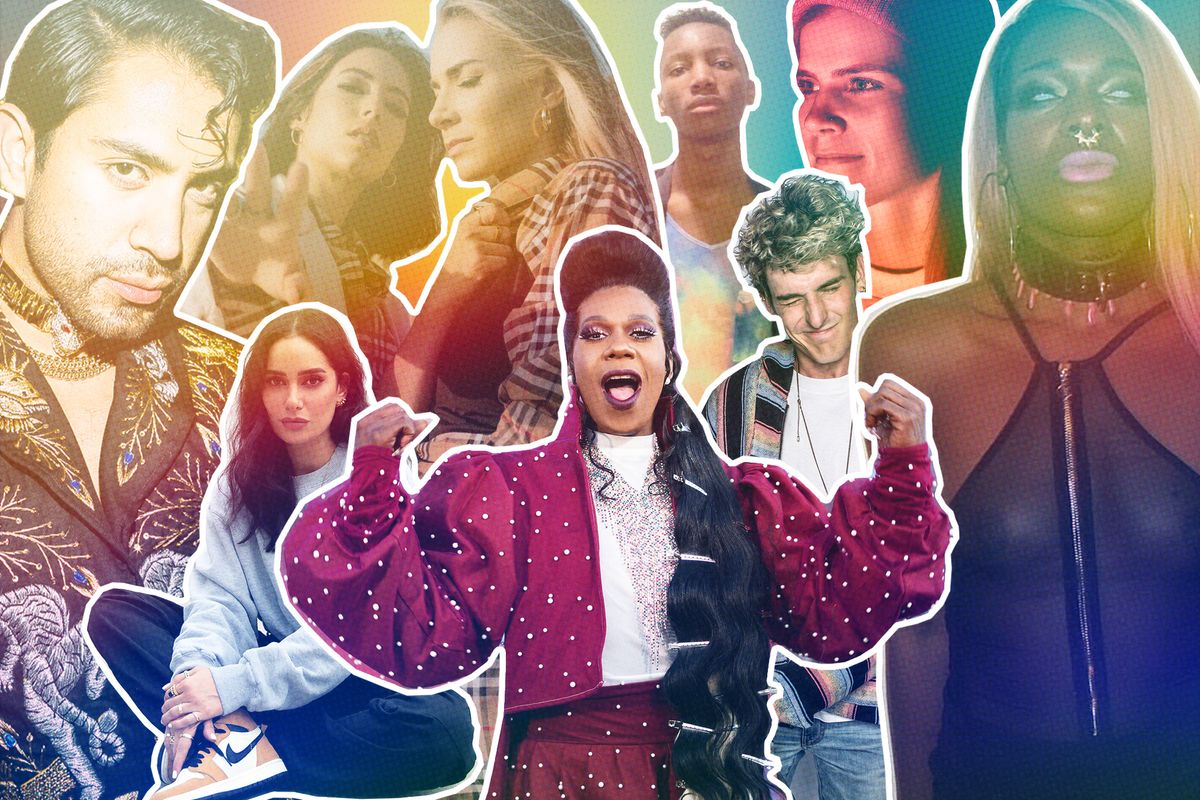 For anyone that's done their homework, there should be no question that the history of dance music is unmistakably queer. Originating in the '80s, it's a well-known fact that disco — and house later on — got its start in queer nightlife.

Spaces like Paradise Garage, The Warehouse, Music Box and Heaven were instrumental in the scene's rise, while the gay BIPOC resident DJs, Larry Levan, Frankie Knuckles, Ron Hardy and Ken Collier, respectively, truly defined the genre's sound. As dance music began to spread and evolve, making its way to Britain where it was embraced by the youth counterculture, morphing into rave, dance music's queer origins often got jettisoned in the interest of a more mainstream appeal.

By the time dance music had spread across Europe and made its way back to the US in the form of EDM, the genre's inherent queerness had been reduced to little more than a footnote in the genre's history books while cis/het white guys booked six figure residencies in Las Vegas and headlined major festivals. Thankfully there has been a great deal of progress over the past decade in combatting this erasure: LGBTQ+ representation in media has been steadily on the rise across almost all forms, and studies show that Gen Z is poised to be the gayest generation yet with almost one in three identifying as queer.

Today, more and more artists, collectives and DIY spaces are making a concerted effort to diversify their dance floors and properly honor the genre's queer trailblazers. In this same spirit, following the release of a brand new remix EP of GRiZ and Wreckno's queer summer dubstep anthem, "Medusa,"

When I was growing up as a fan of electronic dance music, I struggled to find any role models or representation of gay people in the scene. Took me a long time to own up to my sexuality and even longer to feel good about it. So "Medusa" is one of my hopeful offerings to the scene. It's cool to be gay.

What's great about LGBTQ+ community is that it is, has, and always will be the epicenter of the modern techno movement. Underground club culture represents a safe space for our community to celebrate their identities, freedom of choice, freedom of love and the rejection of mainstream culture. To see so many different artists being open and celebrating their queerness through music, and then spinning that mainstream audiences, it feels like we are creating a more accepting, loving and open musical experience for everyone. It's beautiful. That's why we're so excited to work on this remix for GRiZ. In our way we're celebrating love and the underground scene by connecting with the new trailblazers of today. Supporting and collaborating with other LGBTQ musicians is literally our definition of community. How could we not identify with Medusa? We've been turning DJs into stone for years!

It is extremely important for me to understand the history of house music and to pass it on... the feeling of it, the music, the community. I want to give to the next generation of listeners what Frankie Knuckles, Ron Hardy, Honey Dijon, and other LGBTQ artists have given — joy, empowerment and acceptance. I struggled my whole life with the fact that I was gay and I didn't fully come out until my early 20s, around the time I moved to Chicago. Through the house scene I saw myself being represented, embraced and included. Frankie Knuckles wasn't defined by being gay, but he blossomed in a culture that allowed him to just be himself. I carry that with me today and feel a major sense of determination and drive, I want to allow others who are LGBTQ to see someone who is like them, holding their own and succeeding, and for them to feel inspired.

A memory that will always be so vivid for me was from when I was 15 and snuck out to this club in LA called Trash. It was this queer underground club where everyone danced the whole night and the music was all over the place from bloghaus to The Rapture and Blur and Chaka Khan. That empowered me so much as an artist because I knew that no matter what I wanted to play as a DJ or produce... I could trust that there would be a space for it; That I didn't need to fit into some mold as a human/ artist/ genre to succeed.

As far as I know, there were never really many LGBTQ+ voices in modern electronic music. At least in the present day, and definitely not in the experimental or melodic bass music scene. As I was trying to come to terms with my identity, I realized that there were a lot of other artists my age or older who were questioning and were uncertain of who they were. I figured if I could be open with myself and those who would be willing to listen to my music, then it would inspire them to do the same. Discovering that EDM as a whole was spawned by people just like me (Black LGBTQ+ citizens and ravers) only made me happier. I've come to realize that my connection to my music stems from points that go past my emotions. It connects to my culture, my skin, my identity. Everything about me is what defines my history and my music.

As a DJ and artist, it's so important to pay homage to those who have come before me. In my DJ sets and sometimes in my music I often incorporate Vogue, cunty and bitch beats harkening back to an era of places like Splash, Krash, Heaven and other iconic clubs where we would Vogue battle on the dance floor.

As far as gay nightlife goes, Paradise Garage had a big influence on us. I think that it often gets overshadowed by the flashier, larger than life memory of places like Studio 54, but if you're really into nightlife and the music of that time you know that the Garage should get way more credit. It was more of an in-the-know situation than a highly publicized one, which I think we've always related to, but especially in our early years. I just have so much awe and respect for the Garage and the community it brought together. The fact that this space with one of the best sound systems existed inside a somewhat unassuming converted garage space and was aimed at attracting primarily queer people of color is pretty revolutionary for that time, and honestly even now. Being a QPOC myself it's been important for us to honor the roots of the music and culture we've built our club from. And of course you can't speak about the Garage without talking about Larry Levan, whose musical direction and skills in the booth made the place just that much more legendary. I think that similarly, dance music is something that we've always taken very seriously, as we've hoped to follow in their footsteps.

I think the most inspiring part of dance culture today is how diverse it is... people of all races, genders, size and ages are fans of mine (and dance culture in general). This diversity has been party of the earliest dance scene days but today, it's even more so, where you have straight, gay, young, old... I just love looking out into an audience and seeing a 55-year-old Black woman dancing next to a 22-year-old white boy. I think the LGBTQ movement has always been very inclusive and I'm very proud of that.