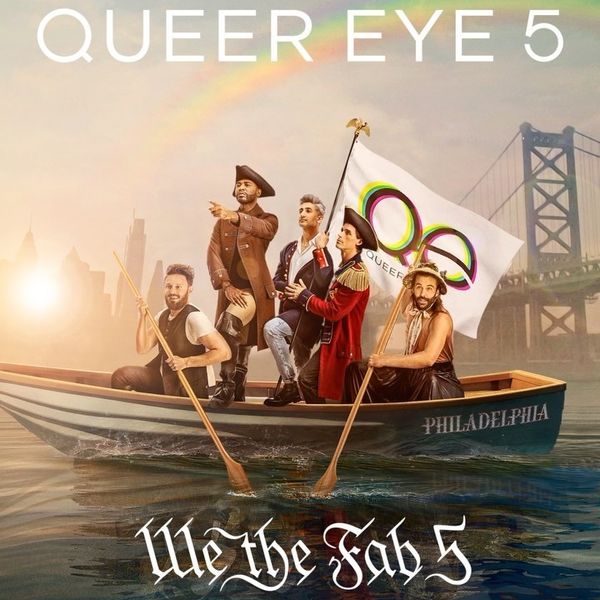 by Riley Runnells
Paper Magazine
21 May 2020

The Fab 5 is back, and ready to make Philadelphia more fabulous than ever before.

Season five will follow 10 new faces in Philadelphia, AKA "The City of Brotherly Love." Based on the trailer, this season is gearing up to be particularly emotional. The show sees its first clergyman, struggling with his identity as a gay man; a woman grappling with her self-image as she faces the challenges of motherhood and being a doctor; and a woman who has always felt insecure about her height, especially in comparison to her friends and the attention she sees them receive.

The trailer also features the show's newest anthem, "Be Me," by VINCINT. The queer musician felt honored to write this song, sharing in an Instagram post "I hope it inspires you to –– BE YOURSELF and LOVE YOURSELF."

The Queer Eye team has long appreciated the experiences they get by filming in different locations. In an interview with Entertainment Weekly Porowski said, "With Philadelphia, it's a lot more cosmopolitan than the outskirts of Atlanta –– even though we filmed in Atlanta, and we were really along the periphery in Kansas City as well. With Philly, we do have a lot more downtown stories and you kind of get to speak to that experience. And with cities like that, there's always an incredible amount of diversity, so there are very different stories and perspectives not only culturally but also age-wise."

Philadelphia is also a significant location for Brown, as he was a cast member of MTV's reality television series The Real World: Philadelphia.