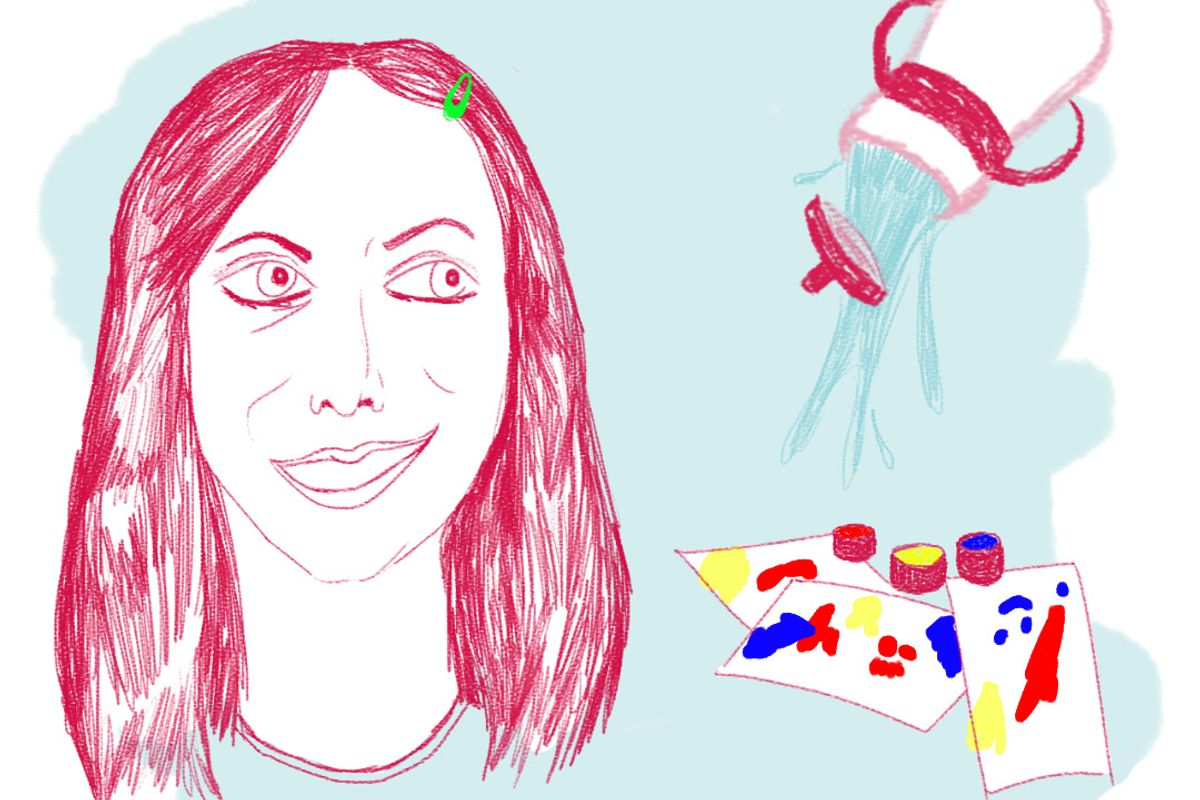 Chelsea Peretti may be best known for playing Gina Linetti on Brooklyn Nine-Nine but the actress and comedian, it turns out, is also a burgeoning recording artist whose divine inspiration comes from our favorite caffeinated muse: coffee. Peretti announced last month that she'd recorded a concept album all about the brew and back on April 21st, she released the record's first five tracks in an EP called Foam and Flotsam. She's already debuted four videos off the EP for songs "Late," "Oatmilk" (which features fellow comics John Early and Joel Kim Booster and music by Reggie Watts, among other collaborators), "Soundproof" and "Dad." The full album, whose name is yet to be announced, will also have contributions from a real smorgasbord of fun people including Kathleen Hanna, Chika, Juliette Lewis, Nick Kroll, Hannibal Burress, Wale, Patti Harrison, Terry Crews and more. The second EP from the project drops in June.

Woke from a dream that my aunt was telling me she was Asian. Post about my new animated music vid up on YouYube.

Son comes in whining because he wants to watch IG vids of animals. We give in and he does that while I listen to recent versions of songs Kojak sent for our second EP and send my notes. I hear whisking in the distance and hope my beloved husband is making Dalgona. (He's allergic to eggs but I also had a fleeting fantasy he was making a quiche. Oh well.)

It was a Dalgona! Dalgona in bed. Maybe this will kick my headache. Did a Zoom yoga session before bed where my macho guy friends wanted to do "really hard" yoga and I always feel like downward dog makes my shoulders hurt. Dalgona is done in 2 seconds. Now what. Wistful for that Dalgona. That was an emotional high point and not sure what else exciting lies ahead. Gazing at 3 massive piles of laundry I made on my floor and a broken window covering I won't get fixed until after corona. Dreading taking the iPhone from my toddler who will cry etc.

Son is pretending my bra is a cuttlefish. The straps are tentacles. Potty training accident. I wont go into details. Still have headache. Starting laundry.

Thinking about making some sort of spinach pie.

Walked by a chair that has had three vests (post music video shoot unpacking) on it for weeks. Thought about hanging them.

By 12:47 I was in my third slice of spinach galette. It turned out amazing.

Listening to see if son is asleep in nap. Took something for headache. Fuck it, gonna shower while son babbles in crib and pray I emerge to him sleeping. He doesn't have a sheet or duvet in there (laundry) but really does he give a shit?

Son is quiet! Yessss. I creep to door and peek in. Oh. Crib is empty. Husband took him out. Playtime.

Whoops son meltdown — hadn't done meal since spinach pie. Mixed oatmeal with yogurt and almond butter and shoved bites into him as I watched his mood change. Hard for me not to laugh when he goes wild because it's dream living — pure ID.

Bust out paints on lawn. Covered a table with paper with some rocks and shells and bark and 4 paint colors and let the child be wild and free. Think he needed it. Hard being home all the time — playgrounds are much missed. Kids have so much agency there. Tried to give him that. He dumped his sippy cup water onto the paper. Though it stresses the A-type in me I suppress it and say, "Coooooool!" Mini chaos went well!

Put on a show he wanted to watch.

Salmon and cauliflower and salad for dinner — let him watch while eating and he ate good.

Looking at stuff on my phone from my bed, which is cozier than ever with fresh sheets and curtains drawn. I feel like I'm falling in love with my bedroom tonight. A cocoon.

Woke up from a deeeeeep impromptu slumber — more phone.

Brush teeth, put in night guard, bed. Can't wait for coffee tomorrow. I'm essentially living coffee to coffee — everything else is just the stuff in between.