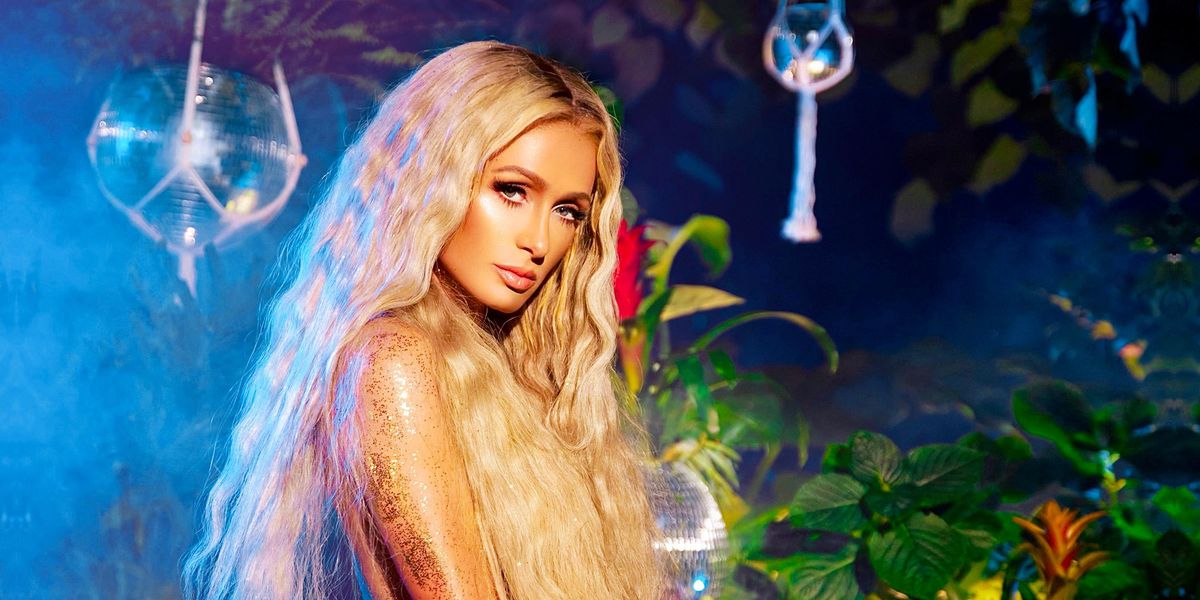 "Stars Are Blind" has become a Paris Hilton classic, but her entire debut — and only full-length — album, Paris, is stacked top to bottom with pop perfection that proves, once again, the heiress has always known what she's doing. From "Nothing In This World," with a chorus so energetic it could light an entire city, to "Turn You On," with production hot enough to turn any club into ashes, Hilton's musical breakout was an over-the-top party girl playground that captured the height of our mid-aughts celebrity obsession.

Halfway into Paris though, the tabloid fixation slows things down, delivering her version of a ballad with "Heartbeat." Like the daughter of Cyndi Lauper's "Time After Time" — dressed in Juicy Couture tracksuits — the soft, synth-based song is about a love she can't live without. "No I didn't know what I was missin," Hilton sings, with a sexy Monroe slur. "Oh my baby since we've been kissin." For cult fans, "Heartbeat" has always been something of a secret smash — until now that is, with Hilton releasing its official music video more than a decade later.

"I've been listening to [Paris] so much with my boyfriend," Hilton tells PAPER, referring to Carter Reum, who she's been dating since late 2019. "In 2006, I didn't even know what love was, but the words to ['Heartbeat'] finally have meaning. It describes the way I feel for him so much that I was like, 'I have to do a music video.' I thought it'd be perfect to release around Valentine's Day, just as a celebration of finally having true love."

The visual, which Hilton calls "one of my favorite videos I've ever done," is the directorial debut of her longtime makeup artist, Etienne Ortega, who asked her for years to make a video with the Paris deep cut. In it, Hilton poses nude while covered head-to-toe in glitter, as the clip flashes between glamorous shots of her modeling on set. It seems to call back to the "Stars Are Blind" video, which similarly broke the third wall during a photoshoot.

Then, a faceless, suited man emerges to kiss Hilton on the lips. "My boyfriend is not the type of guy who will be in a music video," she says of Reum's brief cameo. "He's a businessman and hates the spotlight. He's not that type of person at all. I asked Carter, 'I know you'd never do this, but it'd mean so much to me. We'll just shoot you from the back. There's obviously no one I'd rather do this with, the song was literally meant for me and you.' He said, 'Yes,' and I was so happy."

Hilton originally recorded "Heartbeat" with producer Scott Storch, who was behind some of hip-hop's biggest songs by artists like 50 Cent ("Candy Shop"), Lil' Kim ("Lighters Up"), Beyoncé ("Naughty Girl") and more. With its tame, melodic instrumental, "Heartbeat" was unlike anything Storch had ever done, "So that was definitely different for him and his team," Hilton says. "He killed it, I thought it was such a beautiful track and completely different from every song on the album."

The two collaborated in Miami, where Hilton says she had "a lot of late nights at the Hit Factory." She finished the rest of Paris in LA, working out of Dr. Dre's studio with names like Taura Stinson, who Hilton wrote a lot of the material with. This is also where she created "Stars Are Blind" alongside Fernando Garibay, who'd go on to co-produce all of Lady Gaga's mega-hits, from "Alejandro" to "Born This Way." "As soon as I got in the booth and started singing ['Stars Are Blind'], I was like, 'This is a hit.' I just knew it," Hilton says. "I didn't realize that even years and years later it would still be, and it's such an iconic, timeless song. I love how that song is synonymous with me."

Recording Paris took over a year, with Hilton working every night to create around 50 songs before she picked out the best for her debut. She says the album's first iteration was more rock-pop, largely imagined with Rob Cavallo, the producer famous for his work with bands like Green Day and Linkin Park. They did remakes of "Fame" by David Bowie, "Heart of Glass" by Blondie and Hilton's own take on "Bette Davis Eyes." These covers were ultimately shelved when Hilton met Storch and changed direction. "I just found them recently," she says. "So I was thinking it would be cute to release those, as well, because they're really fun."

As the focus of paparazzi and the "famous for being famous" archetype long before it became everyday, Hilton's transition from reality TV to pop star was inevitably met with criticism — the same brand of cruel behavior friend Britney Spears' endured in the public eye. Looking back though, Hilton has a healthy perspective on the, at times, unfair attention. "My album was definitely before its time just like everything I do," she says. "During that time, people loved being mean and it was this misogynistic view, which I felt when certain people such as myself put out anything. There were these haters."

Today, things have finally changed for the better, according to Hilton. "I feel like it's so different now, especially with how people are treating women," she says. "As a society, people have come a long way and if [Paris] would've come out today, people would've not been mean at all."

As she approaches her birthday on February 17th, Hilton has plenty to celebrate, from her "Heartbeat" music video to a newly launched podcast, This Is Paris, and audio company with iHeartRadio (the first episode airs on February 22nd). The billionaire business mogul (who's successfully dominated the fragrance industry) has also revamped her website, ParisHilton.com, featuring content she says "you can't see anywhere else."

But, perhaps most importantly, Hilton has been back in the studio this year with around eight new tracks finished and ready for the world to hear. "I definitely want to do another album," she says, adding that she'd love to work with names like Gwen Stefani, Dua Lipa, Iggy Azalea or Spears on a full-length effort. "I'd love to put another album together, like the 2021 version of Paris."

Watch the PAPER premiere of Paris Hilton's "Heartbeat" music video, above, and stream Paris, below.