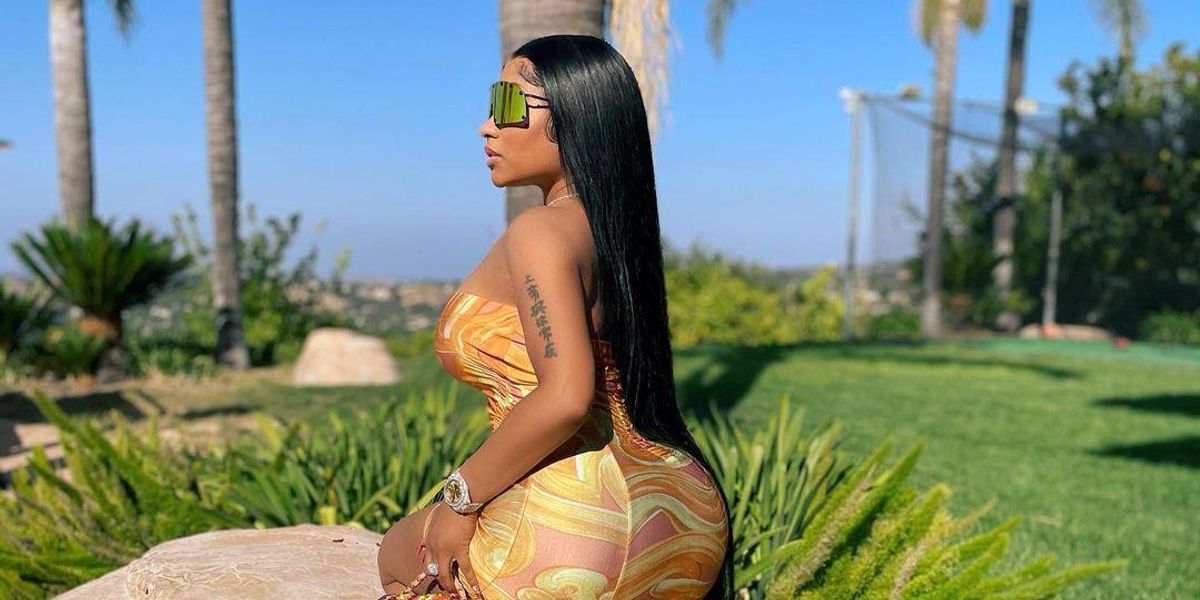 It looks like Nicki Minaj is about to give Barbz a math lesson.

The rapper first teased the news of a comeback earlier this week with her first Instagram post since January, wearing a bedazzled pair of pink Crocs and flanked by some oversized Chanel-branded candy with just a few heart-shaped pillows covering the rest of her. The post was cryptically captioned with just the word "F R I D A Y" and a crossed finger emoji naturally leading many to speculate that new music from Minaj is imminent.

Adding yet another piece of the growing equation, Minaj followed up that post a day later with yet another glam shot with a much longer caption that now reads "Btchs act like they want action, heard they want action, btch we aint duckin no action. I'm bout to giv'em dat traction, send a distraction — then ima line'em like FRACTIONS." Reiterating the vague promise that all will be demystified Friday, the caption certainly sounds like lyrics, which only adds to the growing theory that Minaj appears to be teasing music.

No official announcement has been made yet, but given that Friday is fast approaching, it couldn't hurt to brush up on those high school algebra skills just in case.