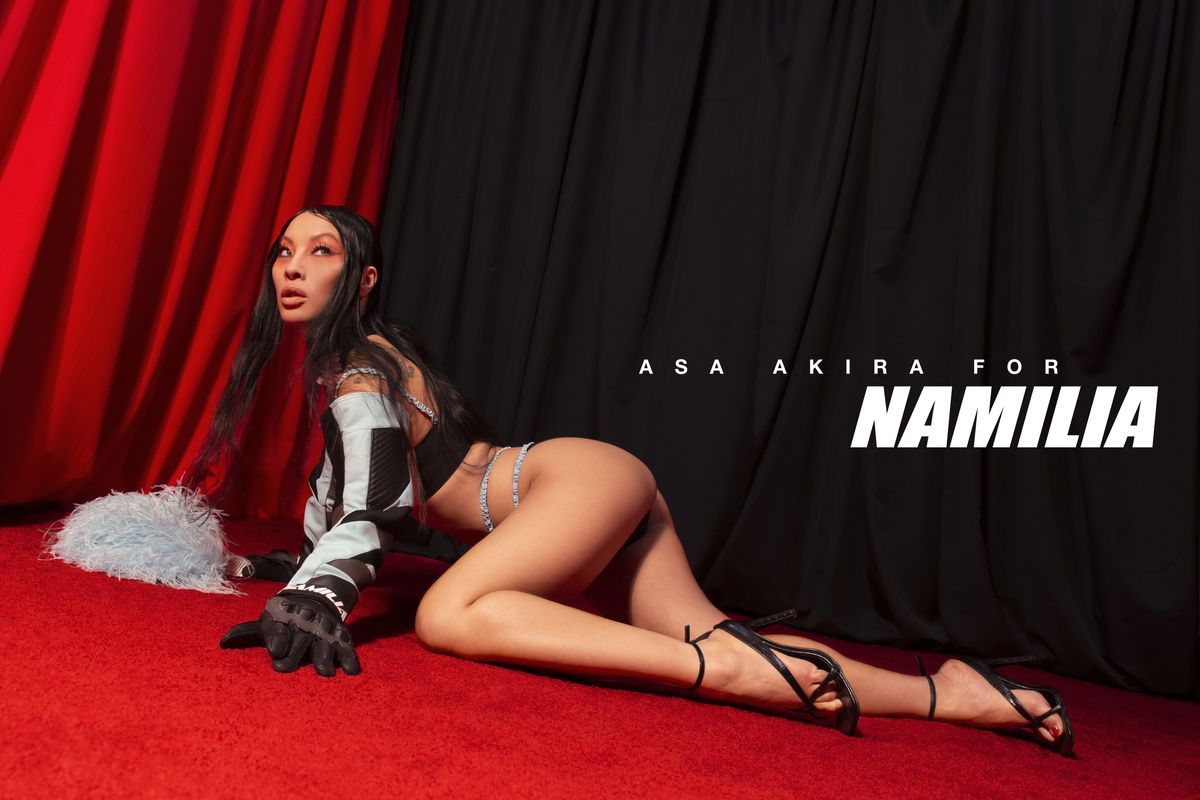 Back in February, a cast of all-asian adult film stars walked the Fall 2020 runway for Namilia, the sex-positive fashion label helmed by Berlin-based duo Nan Li and Emilia Pfohl. Among them was Asa Akira, who was dressed in a black bodysuit and robe with "COCK WRECKER" printed on the sleeves.

This translated into silhouettes that were inspired by traditional qipao dresses and infusing them with elements of goth youth, lingerie and racing/motocross. Materials like crystal embroideries, patent PVC and Chinese silk brocades emphasize the women empowerment message the brand has long championed.