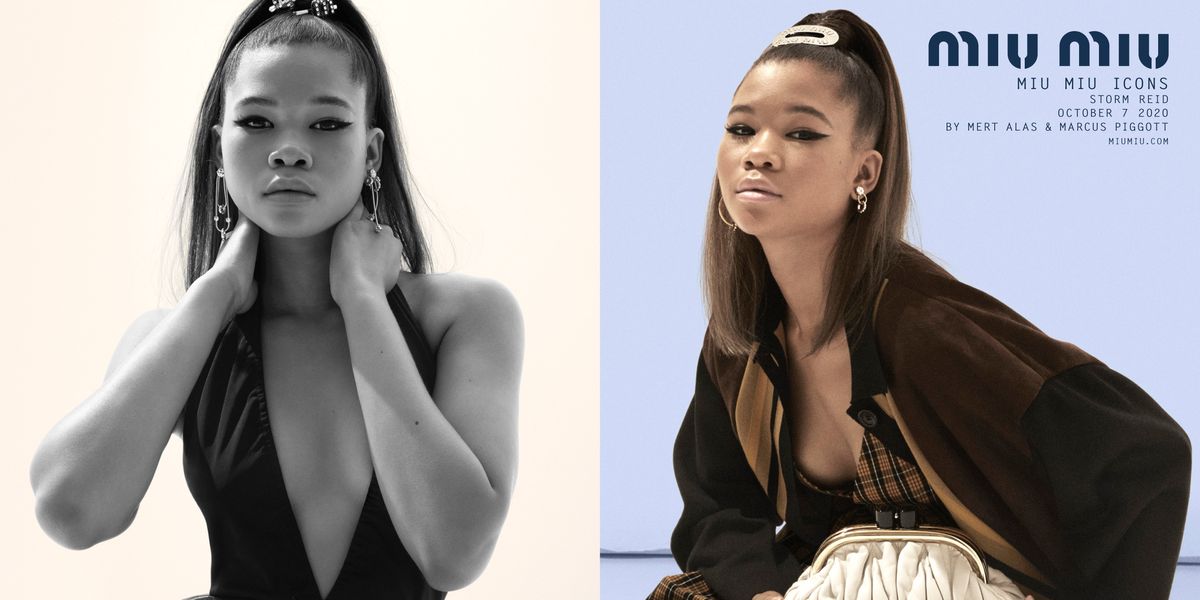 For its holiday campaign, Miu Miu casted a wide array of female entertainers to show off its Pre-Spring 2021 collection. The images, which usually roll out in early summer alongside other brands that show Resort around that time, are being released in line with the collection landing in stores in November.

Under creative direction by Katie Grand and photographed by Mert Alas and Marcus Piggot, the campaign, which was shot both remotely and in London due to the pandemic, officially launched yesterday across Miu Miu's website and social media.

It also stars Euphoria actress Storm Reid, who debuted on the runway in March at Miu Miu's Fall 2020 presentation, The Crown actress Emma Corrin, and singer-songwriter and actress Jordan Kristine Seamón who appears in We Are Who We Are alongside Sevigny.

Basinger stuns in a dramatic, black suit jacket over a sleek matching skirt and glistening, statement top in one look, while Sevigny takes on a more sporty approach, enlisting a button-up, casual sweater layered over a collared shirt in one image and flaunting an exaggerated purple skirt with a matching, bulky coat in another. Elsewhere, Juan embraces femininity in a floral-embossed blouse and a ribboned dress with fanciful ruffles, all paired with Miu Miu's latest Coffer bag in napa matelassé.