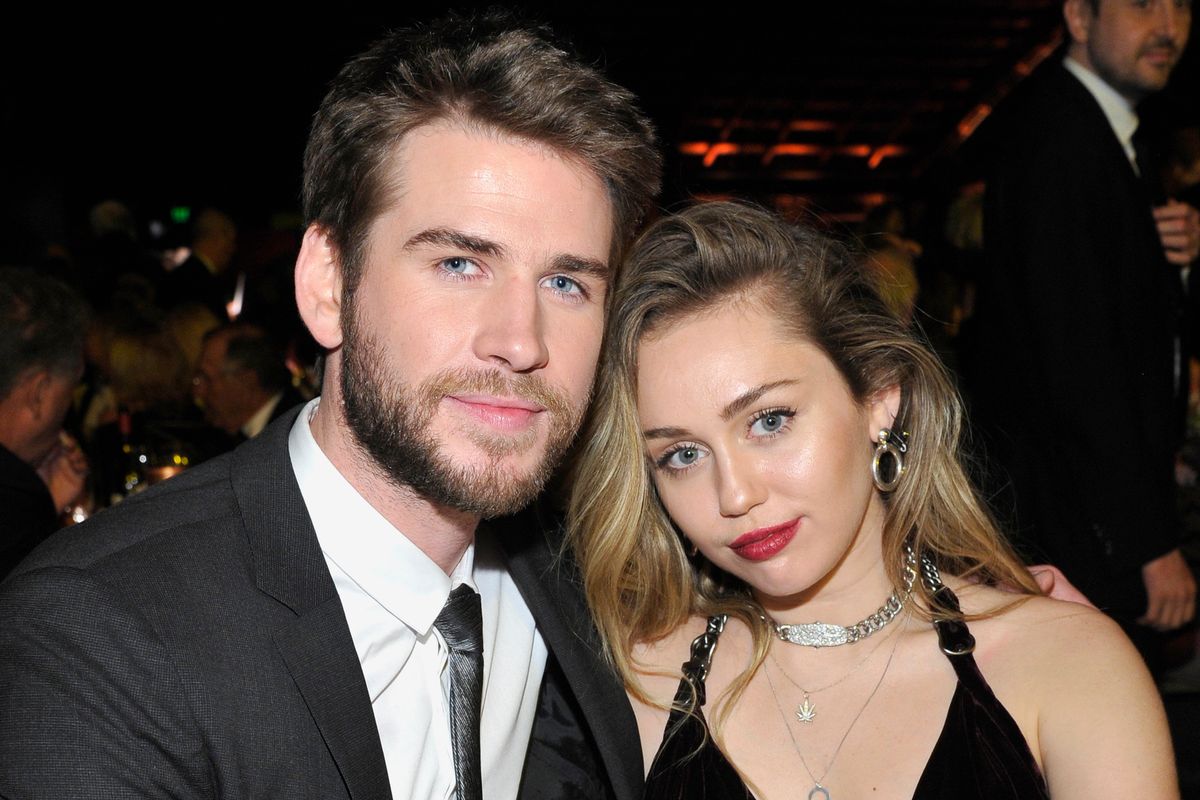 Miley Talks Being a ‘Queer Person in a Hetero Relationship’

Blessed be this day, for Vanity Fair has published a new cover story about Miley Cyrus, and it contains many fascinating insights. Ryan McGinley spent an afternoon with everyone's favorite former Disney star at the Versace mansion in Miami, a location she requested — presumably after watching American Crime Story: The Assassination of Gianni Versace, although this annoyingly goes unmentioned. Justice for 2018's most underrated true crime drama! But I digress.

Among the most interesting aspects of the profile are Cyrus's thoughts on her recent marriage to Liam Hemsworth, whom she met in 2010. Though the couple have been engaged for years, Cyrus acknowledges that their surprise December 2018 wedding was "out of character" for her, especially as someone who identifies as queer.

"The reason that people get married sometimes can be old-fashioned, but I think the reason we got married isn't old-fashioned," she told McGinley. "I actually think it's kind of New Age. We're redefining, to be fucking frank, what it looks like for someone that's a queer person like myself to be in a hetero relationship. A big part of my pride and my identity is being a queer person. What I preach is: People fall in love with people, not gender, not looks, not whatever. What I'm in love with exists on almost a spiritual level. It has nothing to do with sexuality."

Cyrus added that she and Hemsworth epitomize the fluidity of millennial love. "Relationships and partnerships in a new generation — I don't think they have so much to do with sexuality or gender," she explained. "Sex is actually a small part, and gender is a very small, almost irrelevant part of relationships."

It also emerged that Cyrus likely wouldn't have married Hemsworth if the couple hadn't been shaken up by their Malibu home burning down in California's November wildfires. While the couple were able to rescue their pets, the majority of their most precious possessions were destroyed.

In a loose essay penned by Cyrus and woven through the profile, she notes that, "What Liam and I went through together changed us. I'm not sure without losing Malibu, we would've been ready to take this step or ever even gotten married, who can say? But the timing felt right and I go with my heart."