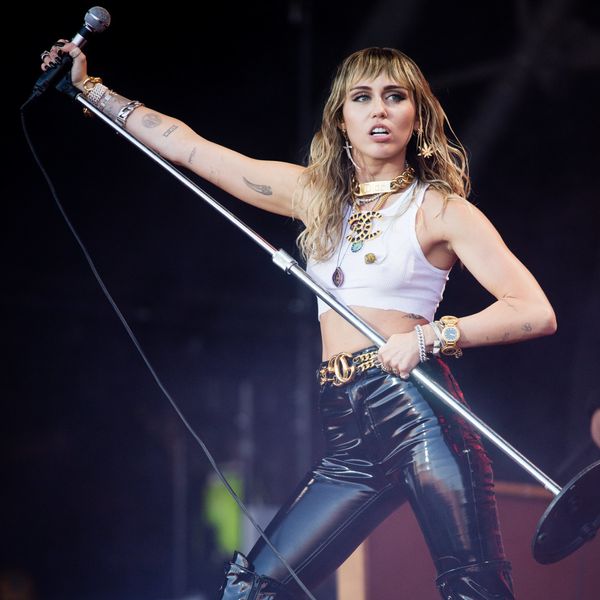 Miley Cyrus Pulls Out of Woodstock 50

Update 7/31/19: Shortly after this article was published, Woodstock 50 organizers released a statement announcing the festival's cancellation. More info, below.

Woodstock 50 remains up in the air. According to Variety, adding to the troubled festival's fever pitch of will-it-or-won't-it uncertainty is Miley Cyrus, who alongside Jack White's The Raconteurs have reportedly canceled their sets.

According to Rolling Stone, Cyrus and the Raconteurs join Santana, the Lumineers, Jay-Z, John Fogerty of Creedence Clearwater Revival, Dead & Company, and Loving Spoonful's John Sebastian as acts who have publicly announced their set cancellations. The Black Keys were among the first to opt out of playing the fest, doing so back in April.

Related | OK, Is Woodstock 50 Cancelled Or Not?

While Cyrus has yet to comment on her decision to pull out of Woodstock, it's reasonable to assume it has something to do with the fest's plague of problems since it was first announced this January.

According to Pitchfork, Woodstock 50 organizers failed to obtain a permit approved at multiple upstate New York venues, and as a result stated that the festival would happen at Merriweather Post Pavilion in Columbia, Maryland. However, Rolling Stone reported that organizers had not yet submitted a permit application for the festival to take place in Maryland to begin with.

Since securing that location, the operator of Merriweather Post Pavilion confirmed that festival tickets would now be free, but admitted he didn't know who was still slated to play, given how many acts have dropped from the lineup. The final lineup and ticketing information has yet to go public. Will there still even be a show? Last week, Billboard reported that all artists scheduled to perform were released from their contracts by the organizers of Woodstock 50, following the Maryland venue change.

Last week Variety's Jeff Cornell, who was on the ground at Woodstock 1999, published an essay detailing the fest's "disastrous" conditions and circumstances. Even as a credentialed journalist, Cornell writes that there were only "somewhat clean bathrooms backstage," and that amid triple-digit heat, nearly "everyone on site battled heat stroke, dehydration and sheer exhaustion." Sounds typical of festival experience, but Woodstock '99 quickly devolved into people setting small art installations on fire, police showing up in riot gear, and arresting 44 people. Additionally, Cornell writes that "four cases of rape were initially reported by the New York State Police, 1,200 people were treated by on-site medical staff and there was millions of dollars worth of damage caused by the destruction."

Do we have a Fyre Fest part two on our hands? Time will tell, but let's definitely hope not. Somehow, Woodstock 50 is still supposed to happen during its initially scheduled August 16-18 weekend. If it does actually happen, let's pray that attendees aren't served sad sandwiches made of untoasted wheat bread, cheese, and wilted lettuce. Once all is said and done, this whole thing will make for a compelling documentary and merch line.

In the official statement announcing Woodstock 50's cancellation, the fest's co-founder Michael Lang said, "We are saddened that a series of unforeseen setbacks has made it impossible to put on the Festival we imagined with the great line-up we had booked and the social engagement we were anticipating." Read the full statement here, via The Hollywood Reporter.