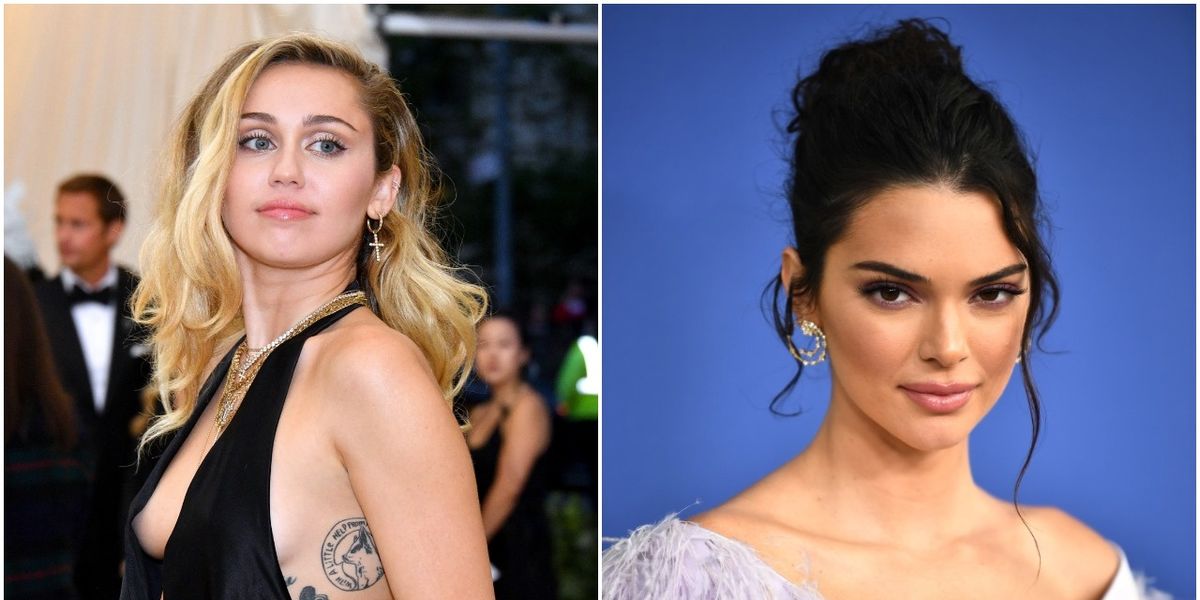 Over the weekend, the Keeping Up With the Kardashians star incurred the rightful ire of the internet after photos of her star-studded Halloween birthday bash went viral.

Much like big sister Kim Kardashian's much-memed private island celebration the week before, commenters were outraged at Jenner's out-of-touch insistence on partying amidst the pandemic. And though Entertainment Tonight later reported that all partygoers had to pass a rapid coronavirus test before going inside, it's no surprise that people were upset over the pics of maskless attendees disregarding social distancing protocols while putting the people working the party at risk.

In the wake of the controversy though, fans also couldn't help but speculate that Cyrus — who spent her Halloween at home — had unfollowed a number of fellow celebs who were spotted at Jenner's bash as of November 1, including Saweetie, Kylie Jenner, and The Weeknd.

"Miley Cyrus unfollowed everyone that was partying last night omg," as one viral tweet read. Meanwhile, another fan praised her for practicing what she preached.

"Every single celebrity at a Halloween party after they praise about social distancing and staying home while Miley Cyrus was reading a book alone in bed on Halloween night," they wrote.

Granted, Cyrus has yet to comment. In the meantime though, you can see what people are saying, below.

every single celebrity at a halloween party after they praise about social distancing and staying home while miley cyrus was reading a book alone in bed on halloween night. pic.twitter.com/djuMlUfk5C

Screaming imagining her at home angrily slamming the unfollow over and over https://t.co/SG9iwiRKyE