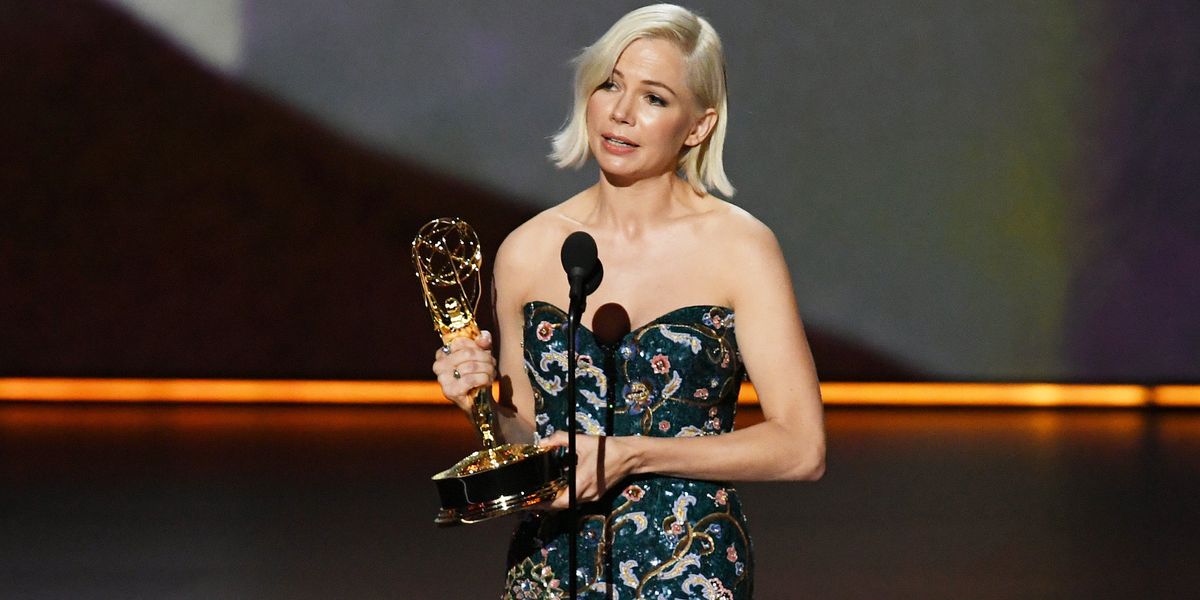 Awards show speeches are usually bad, even when they're about something good. Michelle Williams' last night was the exception.

Williams took the conversation about pay and workplace inequality past banal virtue signaling and feminism 101, after she won Best Actress in a Limited TV Series for her role in FX's Fosse/Verdon. She used her time on stage to break down the lived reality of gender inequality in the workplace, and advocate for women of color.

Williams says her Emmy is proof of "what is possible when a woman is trusted to discern her own needs, feels safe enough to voice them, and respected enough that they'll be heard."

Thanking FX for fair compensation, she explained why equal pay isn't just a matter of symbolism: "[FX] understood that when you put value into a person, it empowers that person to get in touch with their own inherent value, and then where do they put that value? They put it into their work."

She made clear that workplace inequality doesn't affect all women equally, calling on employers to take note: "And so the next time a woman — and especially a woman of color, because she stands to make 52 cents on the dollar compared to her white, male counterpart — tells you what she needs in order to do her job, listen to her. Believe her."

The actress was thrust into the Hollywood equal pay debate after the cast of All The Money In The World reshot the film. Williams did it virtually for free, while her co-star Mark Wahlberg received $1.5 million. He later donated $2 million to an equal pay advocacy organization.

Say what you will about wealthy actresses as spokespeople for workplace inequality: Williams' message was sincere, specific and it hit.

Jamie Lee Curtis called it the "best speech ever" and some other people liked it too. Read the full transcript below.

Christina Aguilera on Instagram: “I cried watching this. So well spoken, #MichelleWilliams! and much needed truth to be heard for women and our struggle to be taken…”

MICHELLE WILLIAMS. Thank you. Your Emmy speech was so powerful in its Truth and grace. Congratulations, your perfor… https://t.co/NwwocQNw7z
— Debra Messing (@Debra Messing)1569202896.0

Michelle Williams thank you for acknowledging that there is a far greater wage gap for women of color than literall… https://t.co/xKbZaiyaeF
— Candice Frederick (@Candice Frederick)1569202662.0