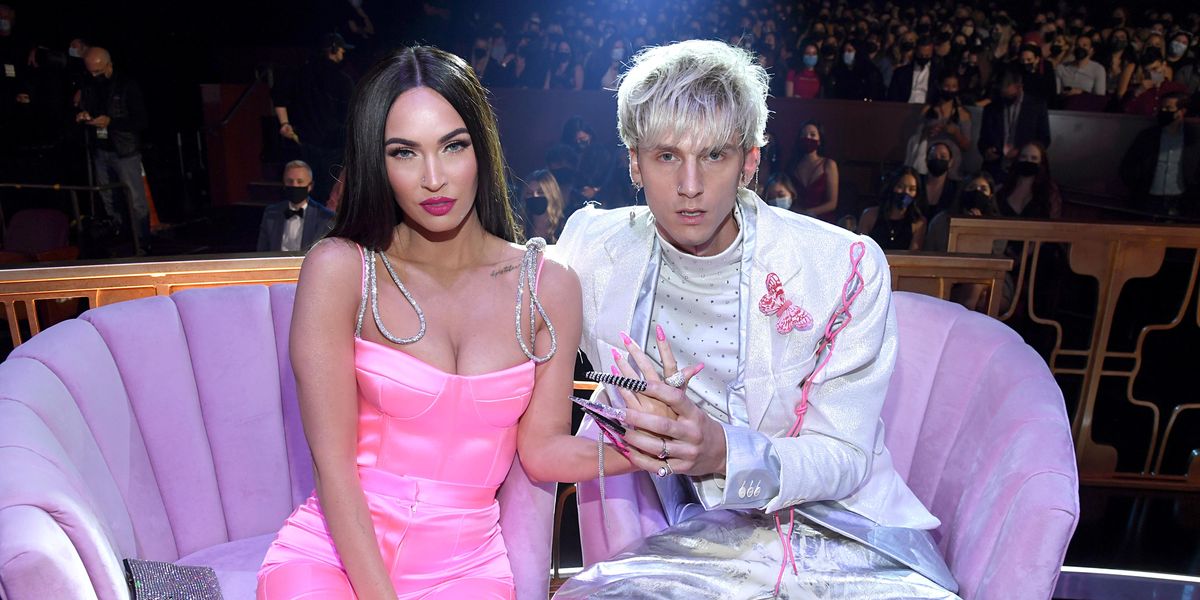 If there's one thing we know about Machine Gun Kelly and Megan Fox, it's that they're probably Hollywood's most openly intense celeb couples. But in case you needed further proof, look no further than Megan's most recent Instagram post — not to mention her boo's very racy response.

On Thursday, the Transformers star stunned at the 2021 iHeartRadio Music Awards in a skin-tight, hot pink jumpsuit and, naturally, wanted to post the incredible look to her Instagram feed. And while the caption jokingly referred to herself as "Daddy Issues Barbie," it turns out that MGK's response was the thing that actually raised eyebrows.

"Daddy loves you," the "Bloody Valentine" singer wrote underneath the photo alongside a crown, heart and (dubious) knife emoji. However, his kinky comment that was quickly met with mixed reactions from fans, some of whom thought it was hilarious and hot, while others just deemed it "gross" and encouraged him to "delete this."

Granted, the spicy public exchange shouldn't come as much of a surprise seeing as how both the self-proclaimed "twin flames" have been super candid about their whirlwind romance. After meeting on the set of their movie, Midnight in the Switchgrass, the couple have talked about everything from their thrilling date night adventures to MGK's necklace containing her blood. More power to them, right? But until they reveal their next intimate relationship tidbit, you can check out Megan's post — and MGK's comment — below