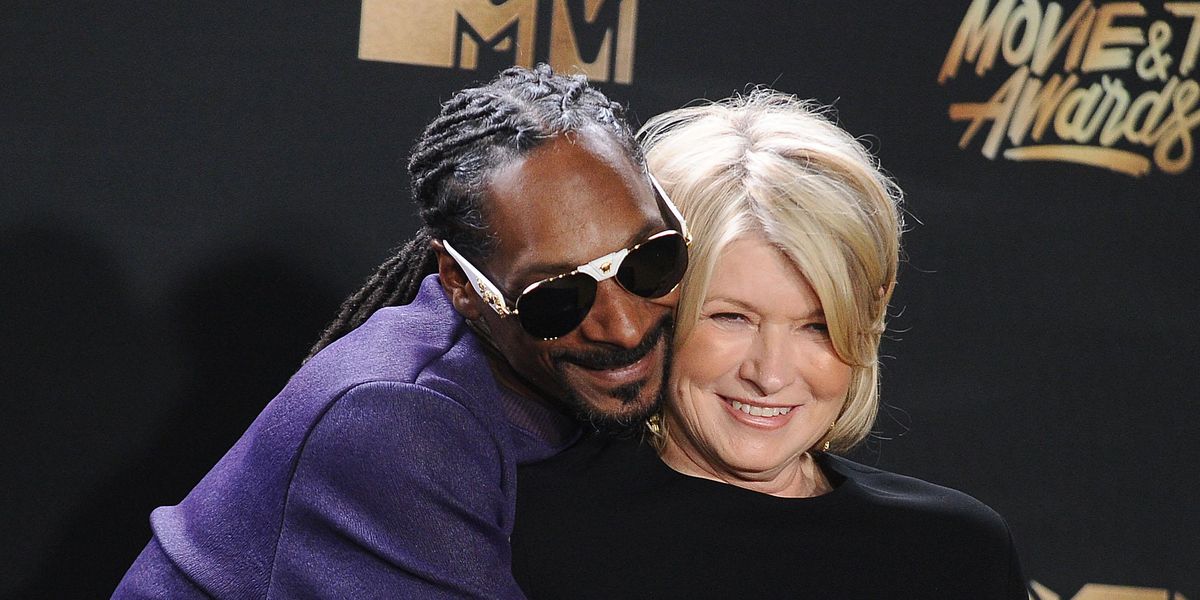 Snoop Dogg and Martha Stewart are quite possibly thee most iconic duo. What started as a guest spot on her cooking show blossomed into a 13-year friendship, including a TV show all to themselves and a fair amount of commercial ventures — many of which involve their shared love of a certain recently legalized substance. Now, the two have partnered with BIC in what feels like the most natural collab to date: EZ Reach lighters.

Of course, BIC wouldn't make a lighter just for blazing up, but to let people know the true purpose of the new launch, they enlisted the help of Snoop and Martha — who have shared many a joint in the past.

In the commercial for this campaign, that will extend to 2022, Snoop and Stewart sit outside at a barbecue, ready to ignite the night. The rapper asks Stewart to hand him a lighter and a bowl and she counters, asking him to clarify which bowl: not weed, apparently, but strawberries.

Snoop rolls his eyes and starts using the lighter to start on a candle when he gets a whiff of something special. He grins and asks Stewart about what he's smelling, only to find that it's fondue that she's lighting up. Disappointed, he goes back to doing what he's doing, with a voiceover at the end saying that the lighter is for "so much more."

Speaking about the lighter, Stewart explained in a statement, what it was like to work on with BIC. "The BIC EZ Reach lighter offers a solution to the everyday problem of lighting those hard-to-reach places, whether you are lighting candles, entertaining guests outdoors, or adding a finishing touch to that special birthday cake," she said. "I'm thrilled to partner with BIC to create my own line of beautifully designed and packaged EZ Reach lighters which bring function, innovation, inspiration and beauty into the home and onto the table."

Snoop Dogg also added his own two cents. "As someone who uses a lighter almost every day, having one that's reliable and safe to use is important, which is why I reach for my BIC EZ Reach whenever I need a lighter," he said. I love working with my friend Martha and we had a lot of fun showing off the many ways the BIC EZ Reach lighter truly is the ideal lighter for all lightning occasions."

Both Snoop and Stewart are deeply into the cannabis industry. In 2019, Stewart was announced as an advisor to a new line of products for people and their pets for the company Canopy Growth. Snoop, who introduced Stewart to the company in 2018, has his own brand, Leafs, which is also under its umbrella.

You won't have to wait long to get your hands on these lighters. Snoop and Steward will be releasing specially designed EZ Reach lighters that start rolling out in July at Walmart. If you want to light... candles... Snoop and Stewart have you covered.