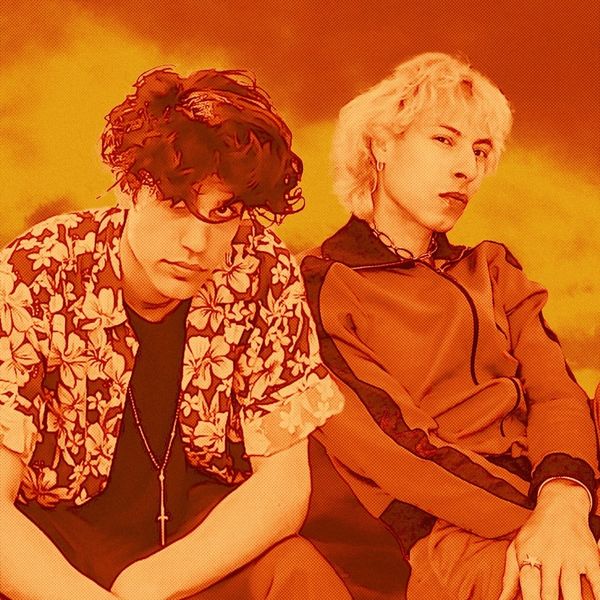 In the winter of 2018, Los Angeles musicians Marion Belle and Sam Mehran, who co-founded the band Test Icicles, came together to work on a collaborative EP. Later in July of that same year Mehran would tragically die by suicide, leaving the project partially unfinished. With the help of Teengirl Fantasy's Nick Weiss, Belle has gone on to complete the project, naming it "Melt" after a single word found in Mehran's journal after his death.

"'Bad Bitches' was one of the first songs we wrote after a label set us up to write songs together," Belle says. "Sam is a legend, someone who in his way forever changed pop music for the better, and was just getting started. We fell hard for each other. I know we both thought it was some of the best music we'd ever made."

Following "Way of Life," the second single off Melt's forthcoming EP, "Bad Bitches," is a slinky little guitar-driven pop tune about being drawn, like a moth to a flame, to those who live life fast and loose. It's accompanied by an Abigail Briley Bean-directed music video that focuses on the trials and tribulations of a young baton twirler rehearsing a trick and repeatedly failing before taking a dark Suspiria-like turn at the end. "The story it tells is of someone who cares so deeply about something that they will endure pain for it," Belle says of the visual. "They get satisfaction from the pain."

Lyrically, Bell says "'Bad Bitches' is about those people with the burning fire, like Sam, who will break your heart. For a long time I didn't have the verses. But they finally came to me in the parking lot of this strip club in east Hollywood, after getting a day drink with a friend. It was very important to Sam and I that people strip to this song."