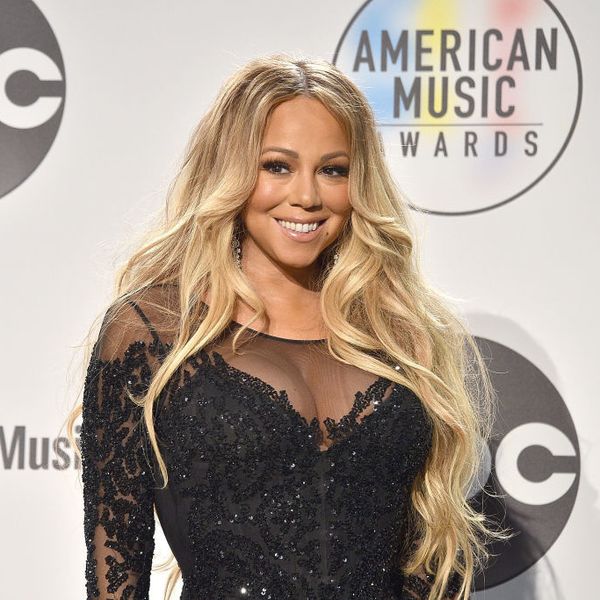 Mariah Carey Almost Gave Away Her Music Rights for $5k

In a new interview with Pitchfork, Mariah Carey recalls early career moments where record executives tried to take advantage of her naivety. Surprise, surprise: at 18 years old, she was almost persuaded into giving away her music catalog for far less than the millions it came to be worth. Luckily, Carey is a savvy businesswoman as well as songwriter.

While the fact has rarely been acknowledged up until recently, Carey has written or co-written the vast majority of her many, many hit songs. She has also retained the publishing rights to those songs. When Pitchfork's Alex Frank queried how this came to be, Mariah explained that when starting out she was wary of losing money the way other musicians had in the past.

"I had seen documentaries about the Beatles selling their publishing, or having it stolen," she said. "I had always written songs and, when I was around 18, I was offered $5,000 for all my music and I was like, 'No.' All these songs that ended up becoming No. 1 songs later, after I got my deal."

Former mentor Brenda K. Starr once offered to record Carey's songs on her own album, but she refused: "I was like, 'You know what? I love you and thank you for hiring me but I'm going to keep my songs.' I just believed in them."

Needless to say, it was a good decision. Carey has sold more than 200 million records, and 18 of her songs have hit number one on the Billboard Hot 100. And can you imagine anyone with a less than five-octave vocal range doing a Mariah number justice? Absolutely not.

The interview touches on a number of other interesting and rarely-acknowledged aspects of Mariah's life and career, including her difficult childhood and ongoing battle against colorism.

Read the whole thing here, and stream Caution, below.