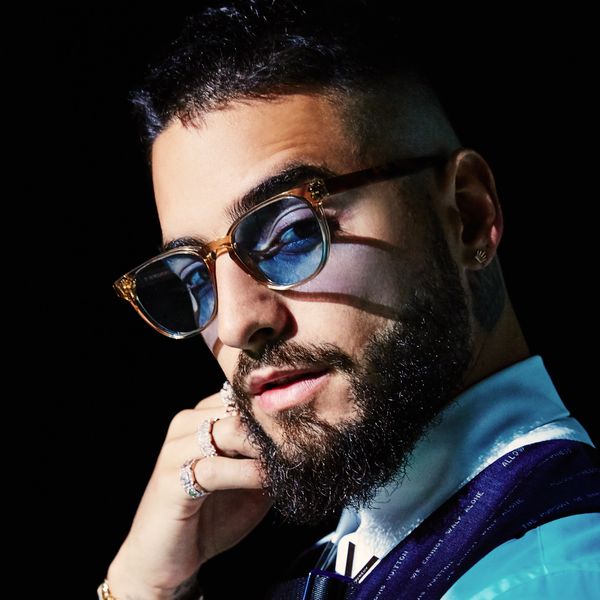 Maluma is currently single, but that hasn't stopped the Colombian star from opening up about love. Discussing his latest single "ADMV" with Access Hollywood, Maluma revealed that he hopes to one day sing the song for the "love of his life," and currently has his eye on Kendall Jenner.

Maluma has previously made it well known that Jenner is his celebrity crush. The two met on the set of the Calvin Klein DEAL WITH IT campaign, which launched in February of this year. Maluma admitted that Jenner is probably aware of his feelings, as he was not able to contain his nerves on set around the supermodel.

The revelation follows Maluma's October break-up with longtime girlfriend Natalia Barulích. According to Page Six, he has since been spotted with Winnie Harlow and Vivien Rubin, but has no intentions of rushing into another romantic relationship. He expressed hopes of one day settling down and starting a family, but at 26, he is currently focused on his career.

While a serious relationship may not be on Maluma's mind right now, we can still fantasize about a future where he and Kendall Jenner grow old together with "ADMV" playing on repeat in the background.