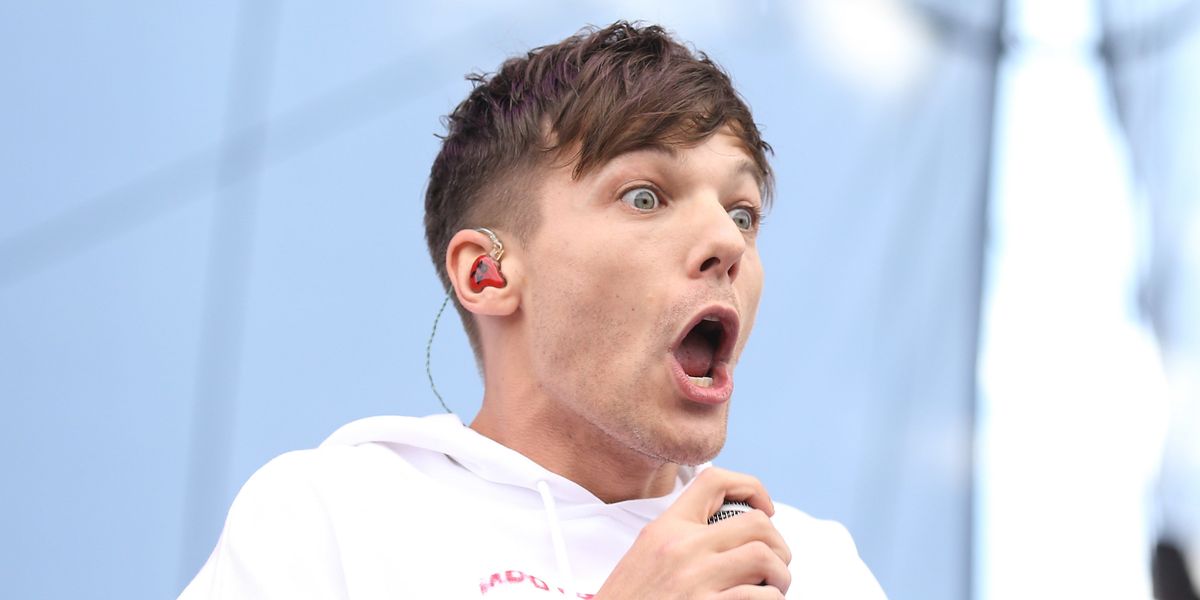 Louis Tomlinson Was Not Happy About That 'Euphoria' Scene

In the universe of Euphoria, Kat is the person who starts the Larry Stylinson conspiracy theory — a real fan theory popularized on Tumblr which suggests that Harry Styles and Louis Tomlinson are actually lovers, and made up Tomlinson having a baby with stylist Briana Jungwirth as a cover-up. The show pairs Zendaya reading Kat's story with an animated short cartoon of Harry giving Louis a blow job "with torturous finesse." It's glorious!

Louis rarely addresses the rumors (that his son Freddie is a baby doll and he and Harry were in love) anymore.

In a fresh interview with the The Guardian promoting his new solo song "Kill My Mind," he was described as "more bemused by it than annoyed," but said he didn't want to add "fuel to the fire." He said, "I know, culturally, it's interesting, but I'm just a bit tired of it."

He didn't have the blasé attitude about the Euphoria scene. "Again, I get the cultural intention behind that. But I think ...It just felt a little bit... No, I'm not going to lie, I was pissed off. It annoyed me that a big company would get behind it," he told the reporter.

Earlier this summer, he was also forceful in telling a fan that he wasn't contacted and definitely didn't approve it.

@backtoyoulouis I can categorically say that I was not contacted nor did I approve it.
— Louis Tomlinson (@Louis Tomlinson)1562003876.0

Pour one out for Larry shippers everywhere.