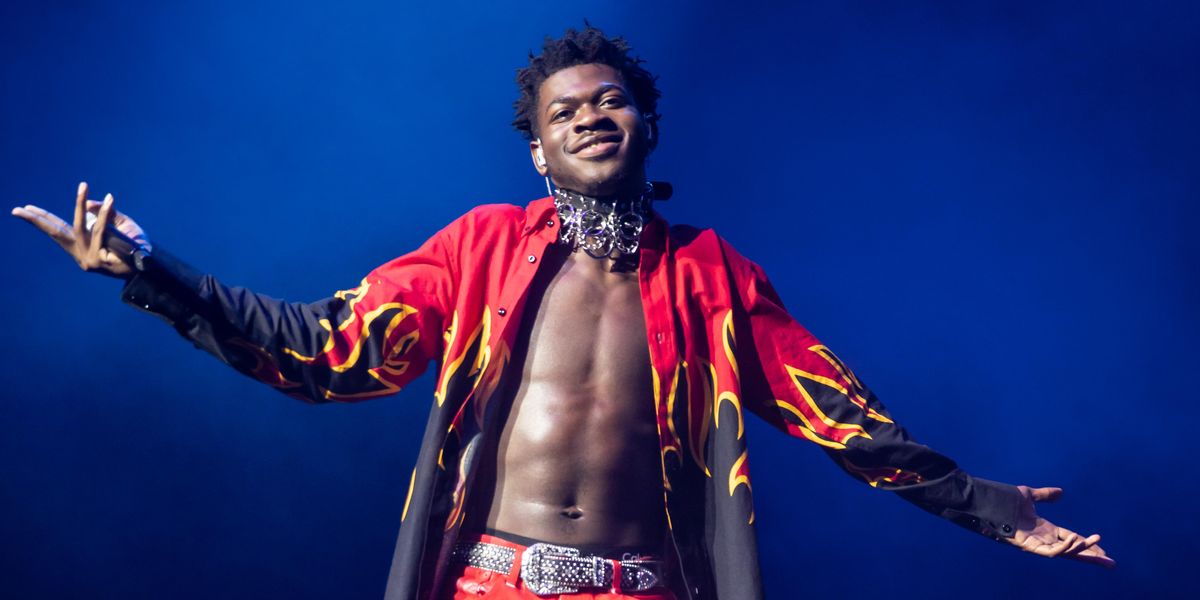 Lil Nas X is the king of cultural conversation — just look at how he flipped the world on its head when he gave the devil a lap dance in the video for "Montero (Call Me By Your Name)," a song from his forthcoming debut album. He does a lot of hilarious stuff on purpose because he knows it'll get people talking. But what he didn't do on purpose is make his pants split during his recent performance on Saturday Night Live.

Appearing on The Tonight Show Starring Jimmy Fallon recently, the rapper spoke with Fallon and special co-host Dave Grohl about the wardrobe incident that has become a major talking point of the SNL episode.

"I was pretty much just going down the pole, doing my little sexy dropdown, and boom — I feel air," he said. "I was like, there is definitely a breeze going on. I also felt, like, some popping still happening while I was down there. I was like, oh god. I was like, just please don't be on TV already. And SNL is actually live."

If that wasn't already bad enough, the nature of the performance made it worse. The performance was designed so that his backup dancers would get close and touch and tug on his clothing. Because of this, Lil Nas X needed a towel to make an exit from the stage, robbing him of the perfect close to the show.

Though he didn't finish it, Lil Nas X's performance was one that many won't forget. While he was on The Tonight Show, he showed off the dress rehearsal footage of the performance to show that what happened wasn't what was planned. He spoke after the video played with a message to the people at home. "I want everybody who thought it was a publicity stunt to see that," he said. "It was not. I would never, like, rip my pants in public on purpose."

Elsewhere in the conversation, Lil Nas X spoke about his forthcoming debut album which he says will be a coming-of-age story. Just recently, Lil Nas X released the video for "Sun Goes Down," another song from his new LP that focuses on the idea that his life turns out swell — no matter if it was bad while he was in school.