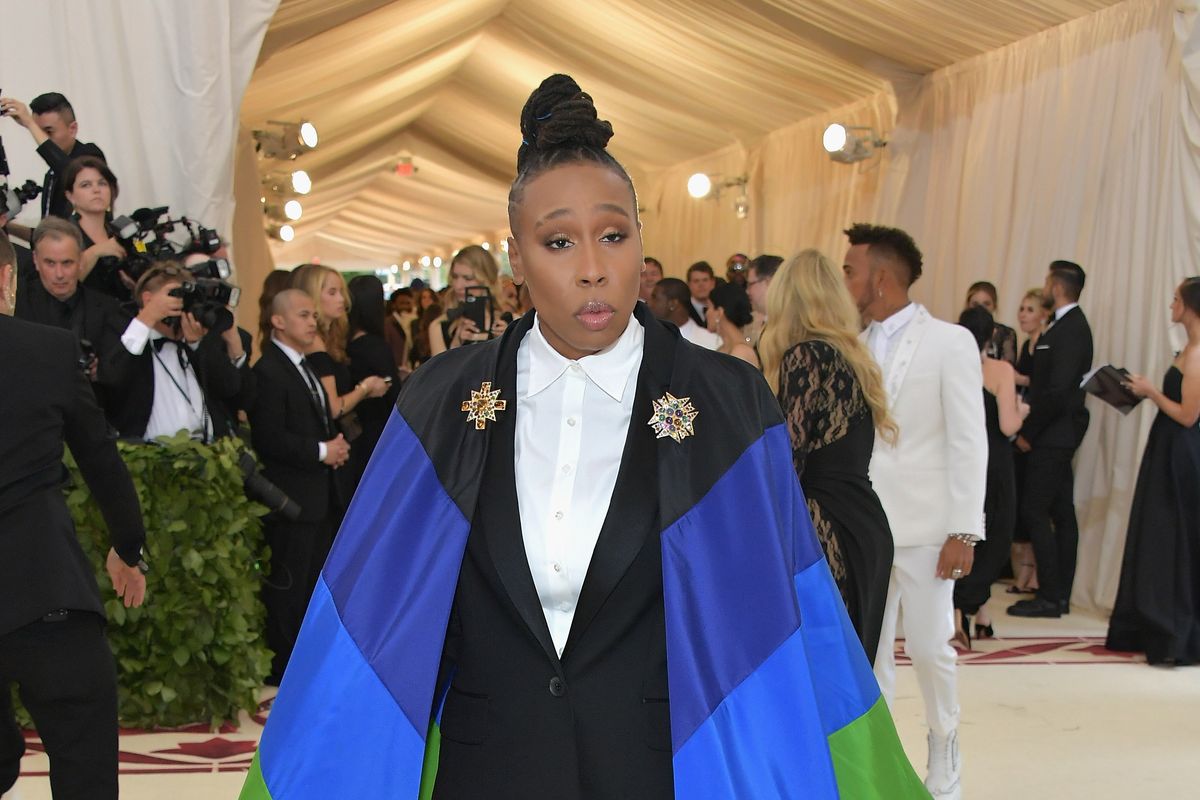 God Is a Gay Black Woman

The theme of the 2018 Met Gala is "Heavenly Bodies: Fashion and the Catholic Imagination," but Lena Waithe made a statement on the red carpet: God is a gay Black woman, and we need to bow the fuck down.

Sporting a tailored tuxedo and a flowing silk rainbow Pride flag, Waithe used her first Met Gala appearance to bring some desperately-needed social commentary to the red carpet. The Catholic Church has a nasty history when it comes to queer folks, so Waithe's statement refocuses the conversation onto the marginalization faced by the Church. We are LIVING.

Waithe's cape even includes the two new flag colors proposed by LGBTQ+ advocates in Philadelphia: black and brown. The newly redesigned Pride flag proposal was unveiled in 2017, and was designed by Philadelphia Office of LGBT Affairs in order to recognize the people of color in the community. It's meant to make the flag more inclusive and highlight the unique intersectional challenges faced by LGBTQ+ POC. The black stripe matches her black tux at the shoulders, before falling gracefully into the beautiful colors of the Pride flag.

Fans were stoked about Waithe's grand cape, and how she's re-centering the conversation back onto the queer community. Fashion being used to fight power on the red carpet? We love it. "You were made in God's image, so that's what I'm rocking tonight" she said. Let's get Waithe to appear at the Met Gala every year.

Every homophobic catholic has been found dead Lena Waithe did not come to play tonight #MetGala pic.twitter.com/HqzGOd4LDE
— p (@bIondhampton) May 7, 2018

#metgala: the theme is religion
Lena Waithe: ok hold my rainbow flag pic.twitter.com/6nkPKlsUsK
— Call Me By My @ (@NotAgainBen) May 7, 2018

Lena Waithe as queer priestess. This is the PERFECT response to "hey let's theme an evening around Catholicism". PERFECT. pic.twitter.com/Pvwjxf0C6F
— Jared Pechacek (@vandroidhelsing) May 7, 2018

lena waithe wearing a whole ass LGBT cape to an event with a religious theme is the level of iconic im trying to be #metgala pic.twitter.com/nlm6NQdg8q
— gabi ✧ (@harleivy) May 7, 2018

Lena Waithe is the lesbian superhero the world needs. This cape is divine. ✨ #MetGala pic.twitter.com/XWR2J4M5MI
— Michael Blackmon (@blackmon) May 7, 2018