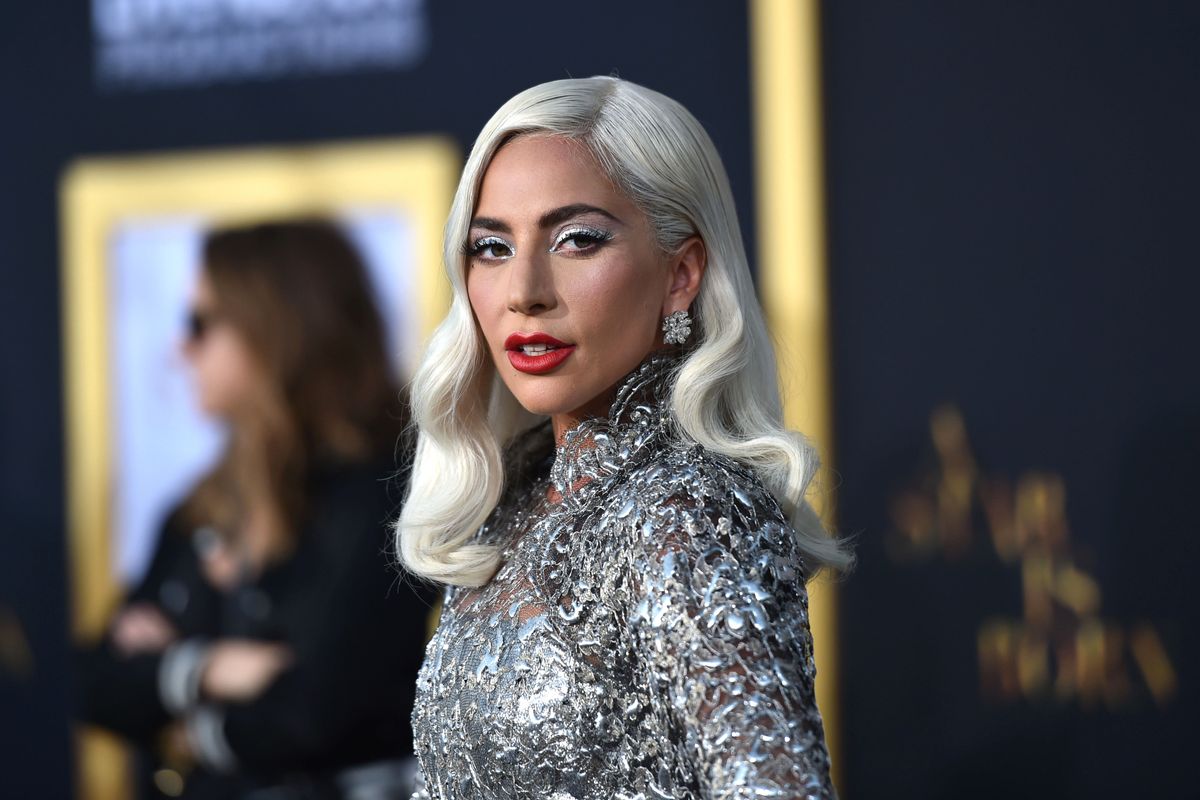 Lady Gaga has always been open about her struggles with PTSD and mental health, but in a new interview with Oprah for Elle, she began an important discussion about her history of self-harm and how she got help.

In addition to touching on the "silly" romantic speculation between her and her A Star Is Born co-star, Bradley Cooper, Gaga talked about how the parallels between her real life and Ally's made it difficult for her to shake the role for a "long time."

"I had to relive a lot of my career doing that role," Gaga said. "I don't know how you feel when you've acted, but for me, I don't view it as filming a movie. I film it as living the character, and it's a moment in my life, so I relived it all again, and it took a long time for it to go away."

Related | Kesha, Lady Gaga, and the Rise of the Vulnerable Heroine

That said, Gaga also revealed that her career wasn't the only thing she had to relive and reckon with when it came to A Star Is Born. While recounting the moment "Shallow" won the Oscar for Best Original Song, Gaga shared that when a reporter asked her, "'When you look at that Oscar, what do you see?,'" she couldn't help but say, "'I see a lot of pain.'"

"I wasn't lying in that moment," Gaga explained. "I was raped when I was 19 years old, repeatedly. I have been traumatized in a variety of ways by my career over the years from many different things, but I survived, and I've kept going. And when I looked at that Oscar, I saw pain. I don't know that anyone understood it when I said it in the room, but I understood it."

In response, Oprah pointed toward how sexual assault would cause "PTSD for years" — a sentiment Gaga agreed with by opening up about her PTSD and experience with chronic pain.

"Neuropathic pain trauma response is a weekly part of my life," she said, later talking about dealing with fibromyalgia, a musculoskeletal disorder. "I'm on medication; I have several doctors. This is how I survive. But you know what, Oprah? I kept going."

Gaga also revealed that there's a link between her trauma and fibromyalgia, and that the combination of the two eventually led to "a psychotic break at one point."

"It was one of the worst things that's ever happened to me. I was brought to the ER to urgent care and they brought in the doctor, a psychiatrist. So I'm just screaming, and I said, "Could somebody bring me a real doctor?" And I didn't understand what was going on, because my whole body went numb," Gaga says of the terrifying experience. "I fully dissociated. I was screaming, and then he calmed me down and gave me medication for when that happens."

In another part of the interview, Gaga also opened up about her past history of self-harm.

"I think it's an important thing for people to know and hear: I was a cutter for a long time," Gaga said. "And the only way that I was able to stop cutting and self-harming myself was to realize that what I was doing was trying to show people that I was in pain instead of telling them and asking for help."

She then stressed the need to ask for help and having a support system in place, especially after she realized that the situation could be "defused" by "telling someone, 'Hey, I am having an urge to hurt myself.'"

"I then had someone next to me saying, 'You don't have to show me. Just tell me: 'What are you feeling right now?' And then I could just tell my story," she continued, before explaining that she is "very grateful that I don't do it anymore."

That said, Gaga made it clear that she doesn't want to glamorize self-harm, but lent a piece of practical advice for those struggling with self-harming, trauma, or suicidal ideation.

"One thing that I would suggest to people.. is actually ice," she shared. "If you put your hands in a bowl of ice-cold water, it shocks the nervous system, and it brings you back to reality."