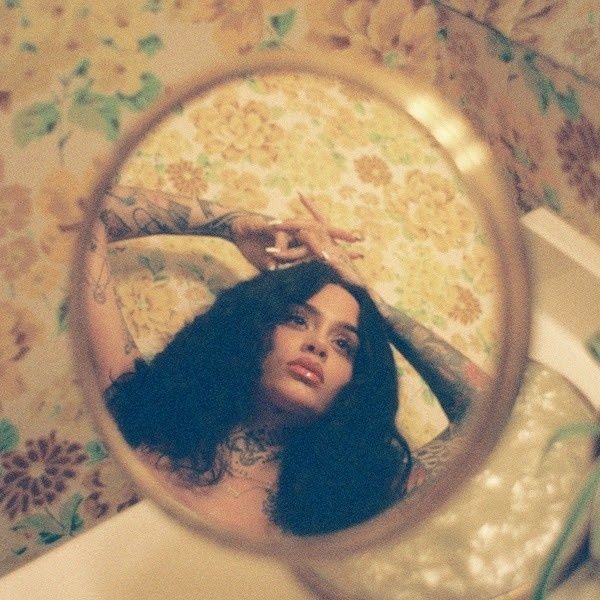 It feels like a little bit of a flex to drop a killer 9-song mixtape while busy at work growing new life and kick-starting conversations about queer women and motherhood, but Kehlani apparently doesn't know how to stop creating. Approximately a month out from the birth of her first child, she's shared a follow-up project to her debut album SweetSexySavage, which established the Oakland artist as one of the oracles of the women-led R&B renaissance, including SZA, H.E.R., Ella Mai, Kali Uchis and and their ilk. While We Wait, we're promised, is a teaser sample of her forthcoming sophomore full-length album, due later this year.

If While We Wait is any indication, that sophomore album will be one of the musical highlights of 2019. While We Wait's nine no-skips R&B-trap-pop tracks brim with Kehlani's contagious personality: a mix of vulnerable softness and jagged, no-fucks defiance. She lets a mess of heartbreak, regret, longing and grief flow directly out onto the beat, nicely punctuated by features from Ty Dolla $ign, 6LACK, Dom Kennedy and Musiq Soulchild. In the wake of her fully-formed, banger-centric statement debut, it's gratifying to hear her turn inward and let go on While We Wait, which, with its from-the-hip honesty, feels a bit like the Thank U, Next to SweetSexySavage's Sweetener.

Related | Kehlani: The Softer Side Of Savage

We hear her frustrated and regretful, reflecting on insecurities and mistakes on "Footsteps." She processes relationships past repair with stand-outs — the chaotic "Too Deep" and slow, jazzy "Butterflies." If anything, While We Wait is a heartbreak project, but Kehlani switches her emotional cadence song to song. She exudes charisma on send-ups of stifling exes on "Nunya" and "Morning Glory." On the latter track, we also learn she's a skillful rapper, as well as a vocalist, paying homage to the women who taught her her own value: "I'm a fountain of youth, raised on Arie and Badu/ I know I'm fine, don't need a outer confirmation from a man."

They're poignant homages from a deeply talented artist who, as this mixtape continues to prove, is just getting started.

Stream While We Wait, and watch the video for "Nunya."