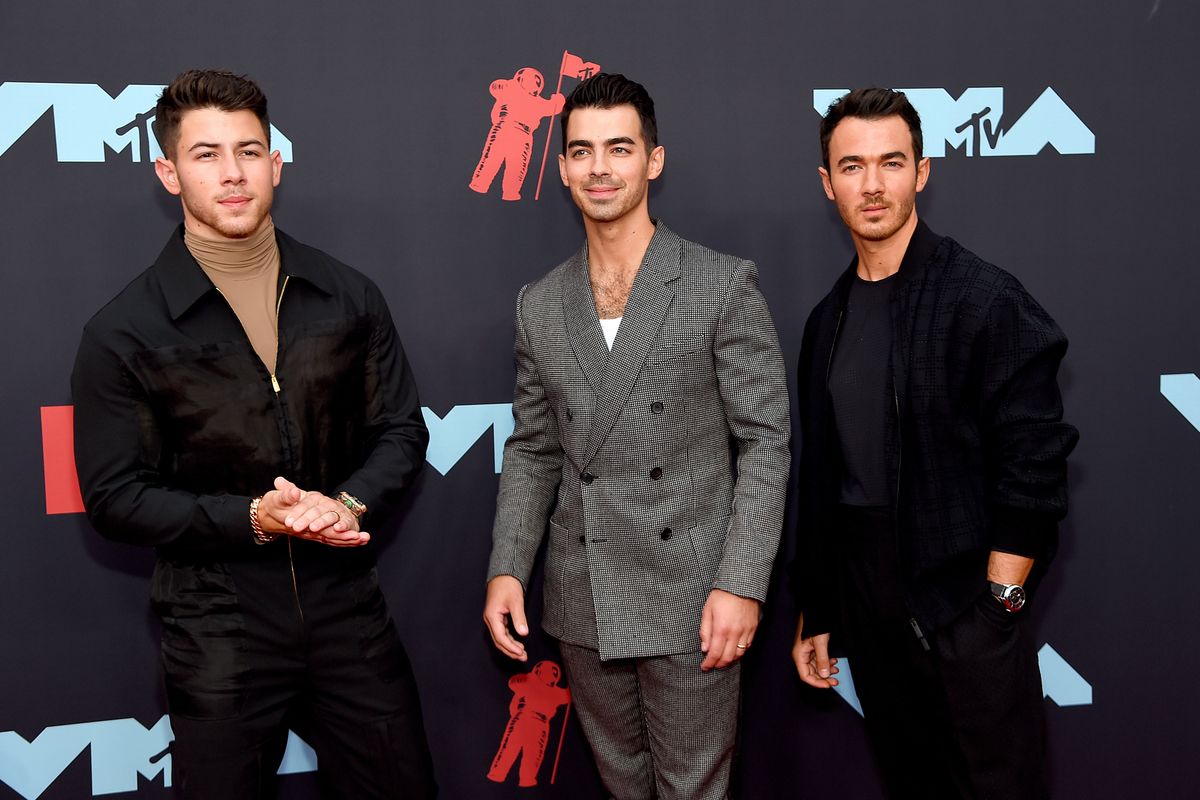 Good Christian working class Jersey boys the Jonas Brothers are probably this year's only MTV VMAs attendees who are celebrating the ceremony's random pivot to Newark from its former home in Manhattan — and they made the absolute most of their garden state heritage during a live performance streamed live from iconic Asbury Park venue The Stone Pony.

Kevin, Nick and Joe pulled off an ambitious live show that saw them go straight from the Show Pony stage to an outdoors set up on Asbury Park beach, complete with fireworks and thousands of screaming fans. They performed "Sucker" alongside a medley of fan favorites, and you can bet your life they wore Bruce Springsteen-style denim vests.

Just wanna let everyone know I was at the @jonasbrothers VMA performance in Asbury Park, and it was AMAZING https://t.co/m9pPdlnqHI
— Athena/Αθηνά 🇬🇷 (@Athena/Αθηνά 🇬🇷)1566867766.0

Who would have thought that 10 years after their 2009 heyday they'd be back here, on top of the world, or at least... performing at New Jersey' most revered rock venue? The Jonas Brothers are up for four big moonman statues tonight, including Best Video, Best Pop Video, Best Song, and Best Artist. We hope they get back to the Prudential Center on time to collect some brass.

2009 is tonight's recurring theme: the show kicked off with a two-song Taylor Swift performance that brought down the house. One decade ago she was picking up her first VMA, accidentally starting a war with Kanye West, and dating one Joe Jonas.

Jonas Brothers on Instagram: “Thank you #VMAs for bringing us back to @the_stone_pony!! What a crowd 😳 We love you guys ❤️🎉”