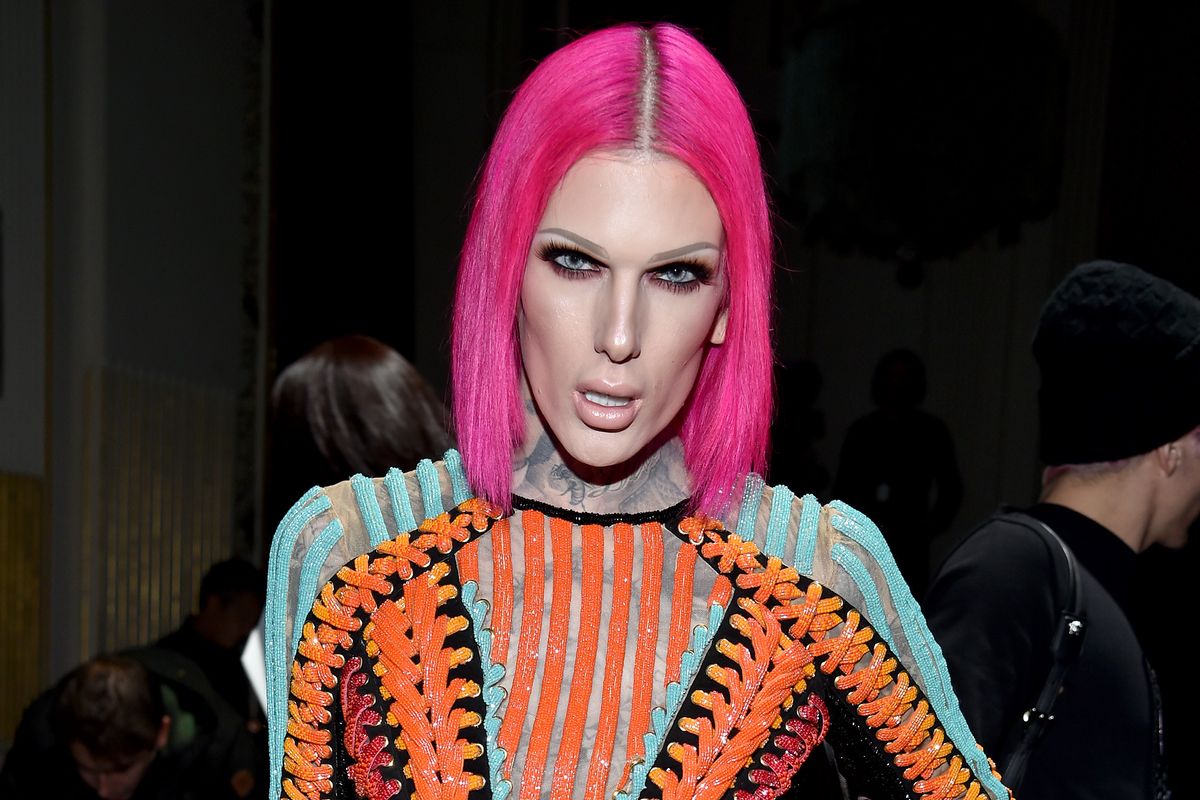 Jeffree Star is being called out for allegedly copying the packaging concept for his popular Blood Lust collection.

Earlier this year, Star made waves with the release of the highly anticipated collection. However, some beauty enthusiasts are now accusing the beauty mogul of stealing the eyeshadow palette's look from Lorac's 2014 The Royal box, which featured an assortment of products for the entire face.

As a popular thread on Reddit's r/BeautyGuruChatter outlines, Star's opulent, royalty-themed palette is very similar to Lorac's, from the crushed velvet case to the hexagonal shape to the decorative crown motif — something that also raised more than a few eyebrows given Star's past claim that Kylie Jenner copied his packaging in 2017.

Not only that, but the thread also speculated that he was well-aware of Lorac's The Royal packaging, as the product appears in Shane Dawson's The Ugly Side Of The Beauty World video featuring Star.

Granted, Star previously explained in his collection reveal that the hexagonal box was chosen to protect the shadows from breaking. Nevertheless, this copycat accusation has led to some heated online debate, with some also coming to Star's defense by arguing that "you can't trademark a shape."

Lorac has yet to respond but, in the meantime, see what the internet is saying, below.

I gotta know ONE THING... With all that fucking money he’s made, why did @JeffreeStar use the SAME PACKAGING as Lorac’s 2014 holiday collection???? Invest and make something different maybe? #jeffreestar pic.twitter.com/8ZUlkAk3U5

jeffree: hey, can i copy ur homework?
lorac: sure, but don’t make it obvious... pic.twitter.com/jjbfcTEcut

The packaging looks similar, but that’s it. The Lorac one isn’t an eyeshadow pallet either it’s just a box full of random makeup. Jeffree actually pallet is different. you can’t trade mark a shape. There’s tons of makeup that’s the exact same shape. So this is ifffyyyy

A hexagon is not a proprietary shape. Velvet is very on brand for @JeffreeStar royalty fits in with blue blood which the royalty palette was a follow up to. Lorac is not a small brand. It is owned by Markwin. The same company that owns Wet N Wild, Physicians Formula (1/2)