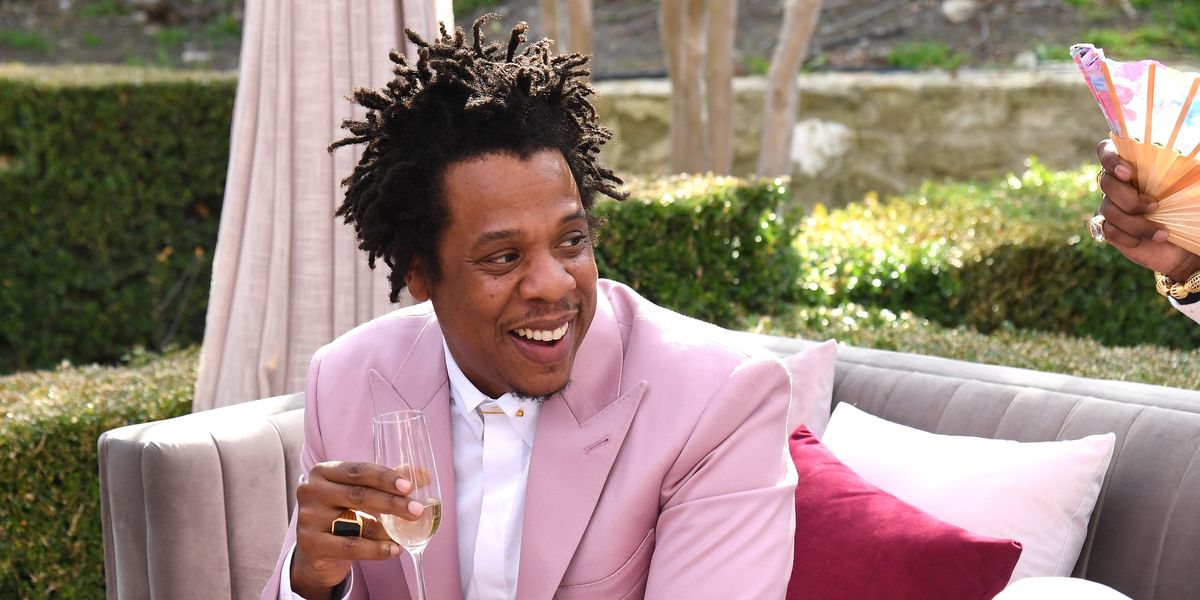 It's hard to keep up with all 37 of the outfits your fave wore last weekend, so you likely didn't clock the dapper, custom Frére suit that Jay-Z donned for Roc Nation's Pre-Grammy brunch. He and Bey hosted the likes of Rihanna, Diddy, Meek Mill, Megan Thee Stallion, Lana Del Rey and the Jonas Brothers for, reports Billboard, Spanish chocolate churros and the mini waffles.

A pink suit is far from the most daring or complex menswear worn this weekend (shout-out John Legend, Billy Porter, Lil Nas X). And yet, people are confused about Jay-Z's 'fit. Including Jay-Z himself.

A video of Bey and Jay leaving the event and ducking into a fancy sports car shows a fan calling out to the rapper, "I like that pink man!"

This didn't sit well with Jay, who decided to die on the hill that his suit isn't pink. "It's mauve, bro," he responded. The fan chose to humor him, saying "Okay, mauve." Jay-Z repeats, as if assuring himself, "Mauve. Not pink."

To be clear, this incident — Billboard also misreported the suit color as "baby blue" — is ludicrous. Jay-Z's suit is quite simply pink. Or perhaps rose, carnation or salmon, if we're being generous. Mauve, however, is a mid-to-light violet-like purple, a shade often spotted on Kylie Jenner's lips. Sort of like here:

Is Jay-Z, a 50-year-old father of three, uncomfortable with the idea of wearing pink? Hopefully not, especially in the wake of Lil Nas X ruling the carpet in neon pink Versace bondage wear.