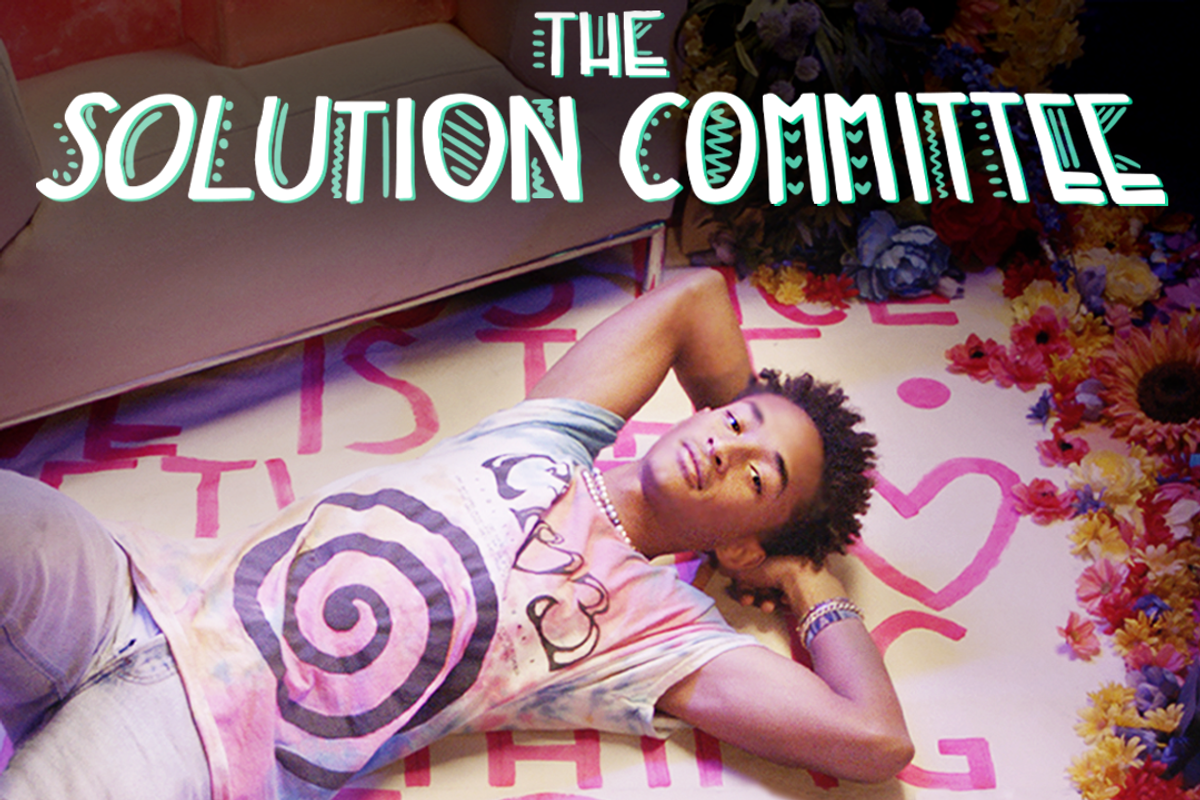 This article is a sponsored collaboration between SNAPCHAT and PAPER

The presidential election is less than two months away and it's starting to feel like this country needs all the help it can get. Luckily, Jaden Smith is assembling a team. His new Snap Original series, The Solution Committee, will see him link up with fellow celebs and activists to get serious about the issues currently at the forefront of young voters' minds, from racial justice to climate change to education reform.

But the show's also about helping those of us who haven't felt motivated to participate in past elections to get registered and educated about all those issues. It's never too late! Start now — there's no shame in it. Smith knows that each vote matters now more than ever.

"Historically people between the ages of 18 to 23 have been less likely to vote," he says in a statement announcing the show. "This is because a lot of young people feel like they don't have the information or know where to get it. This show is about educating the youth and making sure they feel empowered and ready to vote."

So who's on the squad? Bringing their unique skills and perspectives to The Solution Committee are the likes of Yara Shahidi, Janelle Monáe, Phoebe Robinson, Lena Waithe, Hailey Bieber, Bella Hadid and Common. You know Willow Smith is gonna be there. And there are still more announcements to come.

Inspirational, accessible and fun to watch, the first two episodes will focus on the basics: how to vote and why you should. Because it's pretty understandable if you're feeling cynical about the whole process right now. Jaden, Hailey and Yara will speak with activists Gabe Fleisher (the 21-year-old founder of Wake Up to Politics) and Winter BreeAnne (who helped launch the Women's March #PowerToThePolls campaign at age 20) to learn more.

From there, The Solution Committee will start to tackle the actual issues you'll be voting for at the polls, now that you're registered and have a solid plan for election day. Alongside Jaden and his friends, each episode will feature a young community activist and change maker who is already making a meaningful difference in their respective field. Because hey — this stuff will still matter past election day and casting a vote is just the first step in making change.

Jaden, a vocal activist himself who has been advocating for causes like the water crisis in Flint, Michigan since he was in his early teens and famously modeled Louis Vuitton womenswear in 2016 to prove a point about gender stereotyping and combat bullying, makes the perfect host for a show that's both instructive and approachable.

"On top of being a world class entertainer, Jaden has dedicated so much of his life to finding innovative ways to shine a light on injustice," Brad Haugen, President of Westbrook Media, adds in a statement. "Beyond encouraging young people to vote, Jaden and his friends show why we should all care about these systemic issues and what we can do to fix them."

Sean Mills, Snap's Head of Content, says the platform is dedicated to helping users educate themselves in the lead up to the election. "Snap is committed to bringing our community shows that connect them to the issues they care about most," he adds. "We're inspired by the work of Jaden and these young activists to spark real conversation and action that can create change."

This being Snapchat, you'll be able to swipe up and access those resources you need to get registered to vote, learn more about issues like criminal justice reform and gender equality, and get involved in community activism and organizing yourself. Learn why you should care about this stuff and pick up the tools to get started.

So let's join the committee! Seems like the right time. Smith's eight-episode series debuts this Monday, September 21, and will air exclusively on Snapchat's Discover page on Mondays, Wednesdays and Fridays.