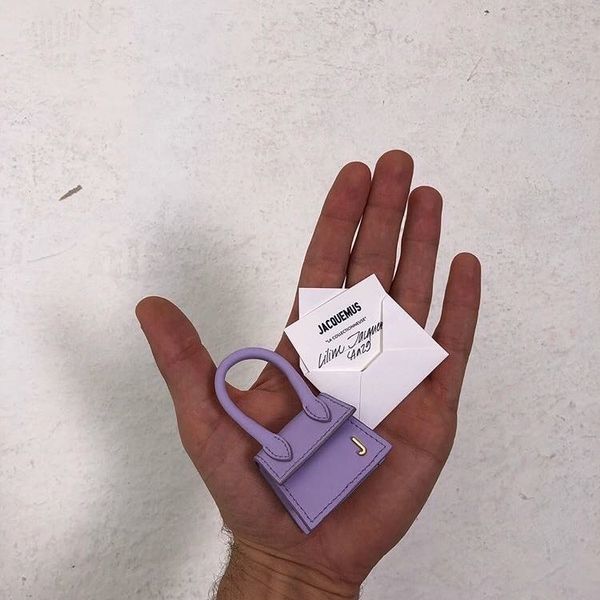 Simon Porte Jacquemus is the king of the mini bag. Each season his wee sacs seem to get smaller and smaller, their tininess making them stand out as much as the most enormous of totes. The invitations to his fall 2019 show even came in the form of the smallest possible purse — a lavender number much smaller than the palm of your hand.

The invitation winked at Jacquemus' penchant for teensy handbags that can barely fit a lip gloss. But they weren't just for show – they were in the actual show. Jacquemus sent out models with comically diminutive bags hanging from their fingertips, unnecessary straps trailing nearly to the floor. I'm dying to know how much they'll cost.

But Jacquemus, like some kind of purse-making Lewis Carroll, didn't stop there (even last season he made the biggest beach bag ever). His collection included various other forms of extreme bag: four clout bags piled onto the same belt, a messenger bag concealed as a coat, an enormous suitcase carried like a baguette bag. To paraphrase Jennifer Coolidge, it was a real purse party.

Everyone: toss out your wallets, leave the iPhone at home, and head out into the night with nothing but a credit card and maybe your keys. It's glamorous not to need stuff.