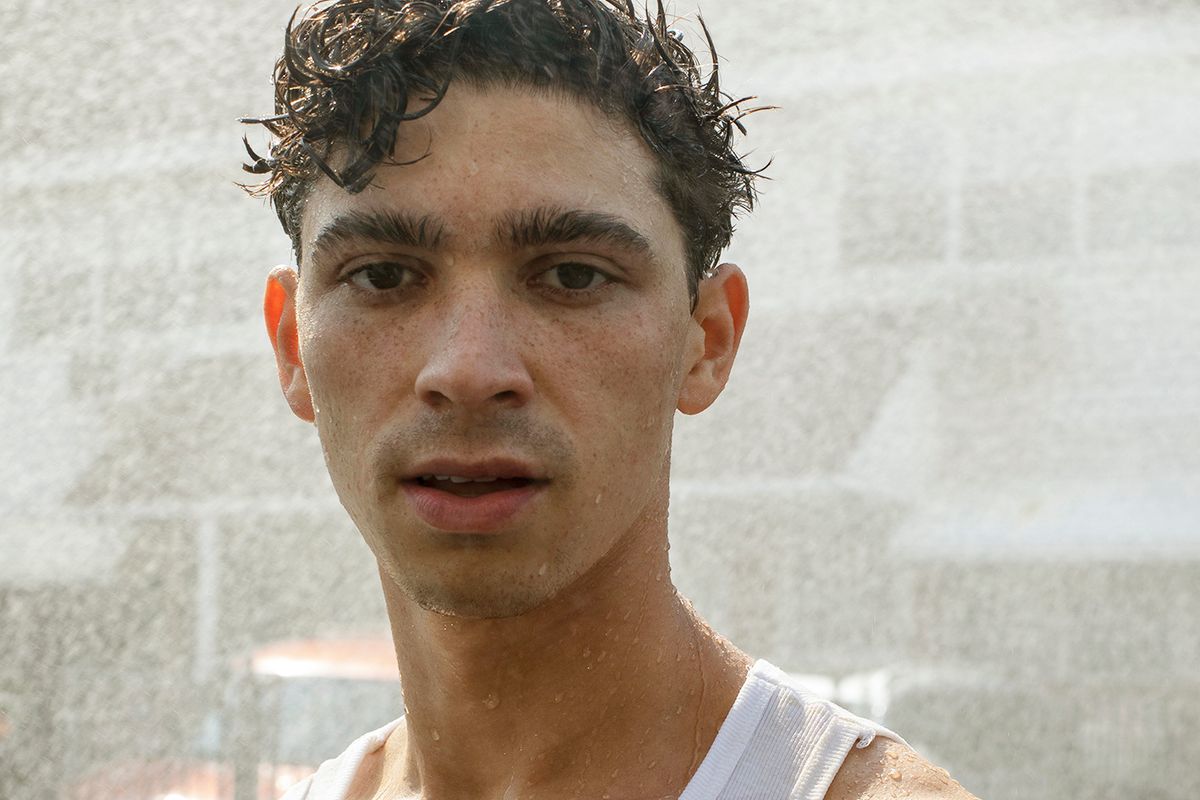 The Broadway Star Whose Eyebrows Have Fan Pages

When Once On This Island won an upset victory for the Best Revival of a Musical Tony in June, it was the culmination of a wave of love for the show that both critics and audiences have flipped their wigs for. At the center of the celebrated show are two new stars: Hailey Kilgore and Isaac Powell as the star-crossed lovers. We caught with Powell, who graduated from college just a few months before being cast as Daniel in the show, to hear about his journey to become the toast of Broadway.

You once played Nikola Tesla in a show. What was that like?

It was my first role out of college, so I was super young and hungry and out to prove something just like Nikola Tesla was. It was a contemporary retelling of some of the events of his life through electronic dance music, and being that he was the real father of modern electricity, the lighting design was out of this world. It was a really exciting project for me and probably my favorite role so far.

You recently confirmed that "Musicals are nothing but homosexual propaganda." Do you like social media?

My social media presence is mostly pretty tongue-in-cheek. I have a lot of fun with it, probably a bit too much. My favorite is Instagram. The whole Broadway fan base has such strong social media presence. Probably 70% of my followers found me because I'm in Once On This Island. They've created fan pages for me, for my pet tree frogs, for my eyebrows. It's absolutely ridiculous and I love every bit of it. They reach out constantly. They send letters and gifts to my theater. The Once On This Island fans are great.

Your boyfriend is also a Broadway star (Wesley Taylor of Spongebob the Musical). How did you meet? Is it fun to see him playing a villain?

We met through our alma mater. We both graduated from University of North Carolina School of the Arts and met when he'd come back for a visit, years after he'd graduated (I was a junior in college) and we hit it off. We talked off and on for a year and a half, and when I moved to NYC after I graduated, we started dating. It's really fun to watch him play a villain. He's inclined to roles like that, and I love to watch it.

Tell me about Indoor Boys.

Indoor Boys is a digital series that currently runs on Huff Post Queer Voices. My boyfriend Wesley Taylor and his writing partner Alex Wyse created it while they were both living in LA. It's digital comedy about navigating the often-blurry boundaries of a friendship between two queer men. We just wrapped and aired the second season. I play the brother of my boyfriend's character.

How did Once On This Island come about? You were only a few months out of college. Did you go on tons of auditions?

Right after graduation in May I came to New York to rehearse for Nikola Tesla Drops the Beat. I was called in to audition for Hamilton during my lunch break one day. After the Hamilton audition, I think the casting director recommended to my agents that I audition for Once On This Island, as well. They had me send an audition tape for my character, which led to an in-person audition in June and ultimately to my Broadway debut in December.

Were you at the Tony Awards when it won Best Revival?

My whole cast was actually on a bus together leaving the Tonys after our performance, still in our costumes. We were watching the live broadcast on someone's cellphone when Christine Biranski announced that we'd won. It was unforgettable. We nearly flipped the bus.

What are your favorite Broadway shows and what would be your dream role to play on stage?

My favorite Broadway shows are the ones that serve you spectacle and substance. I'm dying to do a play next. My dream role would be something I write for myself. More on that soon.