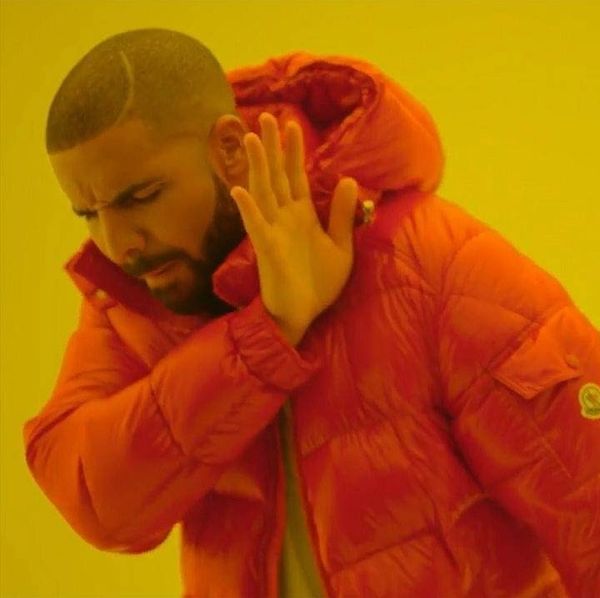 You might've heard about what's being called the "great purge," or a mass deactivation of widely followed meme accounts like @spicy.mp4 and @femalesdoingthings and @Zuccccccccccc. More than 140 memers woke up on July 26, according to The Atlantic to find they were unable to login to their accounts — many of whom had had multi-million person following, built slowly over years, and many of whom make their living on these accounts, making amusing content for you and I.

@instagram you just deleted all of my accounts for absolutely no reason, no warning, and no context behind this. (3… https://t.co/qdzFuCr7nt
— Caige Johnson (@Caige Johnson)1564164308.0

The purge was the second event in recent months, following a similar ban last Christmas, that has put memers firmly at odds with their digital landlord.

Supposedly, the purges are an attempt to stop violations of Instagram's terms and services, such as the buying and selling of usernames, and copyright, and intellectual property rules. "These accounts were disabled following multiple violations of our policies, including attempted abuse of our internal processes." a rep told The Daily Dot, after the June 26 deletion. It seems most likely, the Instagram was making a clumsy attempt to crack down on accounts that repost (and profit off of) other users content, a practice that recently brought @fuckjerry's owner Elliot Tebele under scrutiny, leading him to apologize to content creators.

However, many users who had their accounts deleted say they were meticulous about crediting creators, and don't understand why they're being targeted. "These waves of attacks on our right to free speech are not only affecting the repost accounts who have made a living off of posting memes, but they also are affecting the creators who have spent years of their lives organically growing a following from original content" reads one petition on Change.org to reinstate the purged accounts.

Memers are frustrated with the lack of transparency and clear answers about the deactivations. "Every email or notification from Instagram support is bland and vague, explaining that the details aren't to be disclosed, but we want answers. We want change. And most importantly, we want our accounts back" the Change.org petition continues.

But more generally, there's a deep sense sense that Instagram simply doesn't respect or take memers seriously, despite how much they contribute to the app's popularity and culture. According to a widely cited statistic Instagram has released, meme content is shared seven times more than non-meme content.

It seems that after the most recent wave of backlash, Instagram is finally getting serious about re(building) its relationship with one of its most vibrant communities, and becoming fluent enough in their culture to work together with them. The company is currently hiring a meme expert, aka a "Strategic Partner Manager" for "Digital Publishers."

This "meme manager" or "meme officer" as the position's been nicknamed online will essentially be a diplomat and allegedly, an advocate for the meme community, stationed at Instagram HQ. The job description says they'll be "an internal advocate within Facebook and Instagram for partners," and responsible for working with "relevant internal teams to ensure Instagram is considering partner input..." In addition they'll "manage strategy, implementation and optimization of Instagram's strategic partnerships with select digital publishers" and work with memers to "develop innovative and high impact partnerships, and drive operational management of projects."

By "digital publishers," Instagram reportedly means both accounts like @fuckjerry, @kalesalad and @daquan, as well as Instagram-based companies like @TheShadeRoom, @OverheardLA, @CommentsbyCelebs and @Betches, reports The Atlantic.

"We've seen, through the course of our work with publishers and creators, that the meme community has become really influential," Lila King, Instagram's head of news and publishing partnerships tells the outlet. "Memes are a format that you're starting to see traditional media companies adopt more and more... We think if we can get to know and understand [the meme community] there is a lot to learn that can influence the more traditional media companies."

This job sounds... really hard! Especially for anyone over the age of 18, and especially considering how malleable and ever-shifting the culture of content and credit currently is. Instagram's guidelines say users should only post images and videos they've created, or have the right to share. But by nature, memes are "copied" and the nebulous flow of clips and images between YouTube, Instagram, Instagram Stories, Twitter, TikTok and other sites is often impossible to track.

Based on users who commented for The Atlantic, the meme community is skeptical this liaison will prove effective, or even helpful. "All we ask is that Instagram tries to talk with us in some way instead of blowing us off and ignoring us," teem memer Lewis Weed told the outlet. They're also skeptical Instagram will select someone who actually gets it: "They should hire a younger person between ages 18–25 that has been involved with the internet/meme community" says another teen memer Rowan Winch.

Others are hopeful that the newly formed IG Meme Union Local 69-420, will be able to forcefully bargain and negotiate with this liaison. Or alternatively, about policy where any influencer or content creator with over a certain number of followers could have direct access to the Instagram rep.

Whoever they hire, they have their work cut out for them.