We live in tumultuous times. On one end, hate and right wing extremism have suddenly plunged itself out in the open. Then on the other, there's the so-called 'woke culture' that comes with its own set of pitfalls, namely the tokenization of minorities and marginalized communities that for so long have been erased from mainstream pop culture.

The films, shows, and books that attempt to ignorantly tick boxes under the guise of 'representation' are usually led by a cluster of cis heterosexual white men in boardrooms. And understandably, they usually fail to accurately depict the intricacies of their "diverse" characters.

Euphoria, HBO's upcoming teen drama that follows a group of younglings — as they navigate a world of drugs, sex, and bullying — has Sam Levinson as its creator, also a cis white man.

Except Levinson isn't here to tick boxes or tell you the story of young Black teenager through his perspective. On the contrary, the show finds its strength in its collaborative format that channels the voices and traumas of its own actors to give you an in into the lives of multiple teenagers in suburban America today. 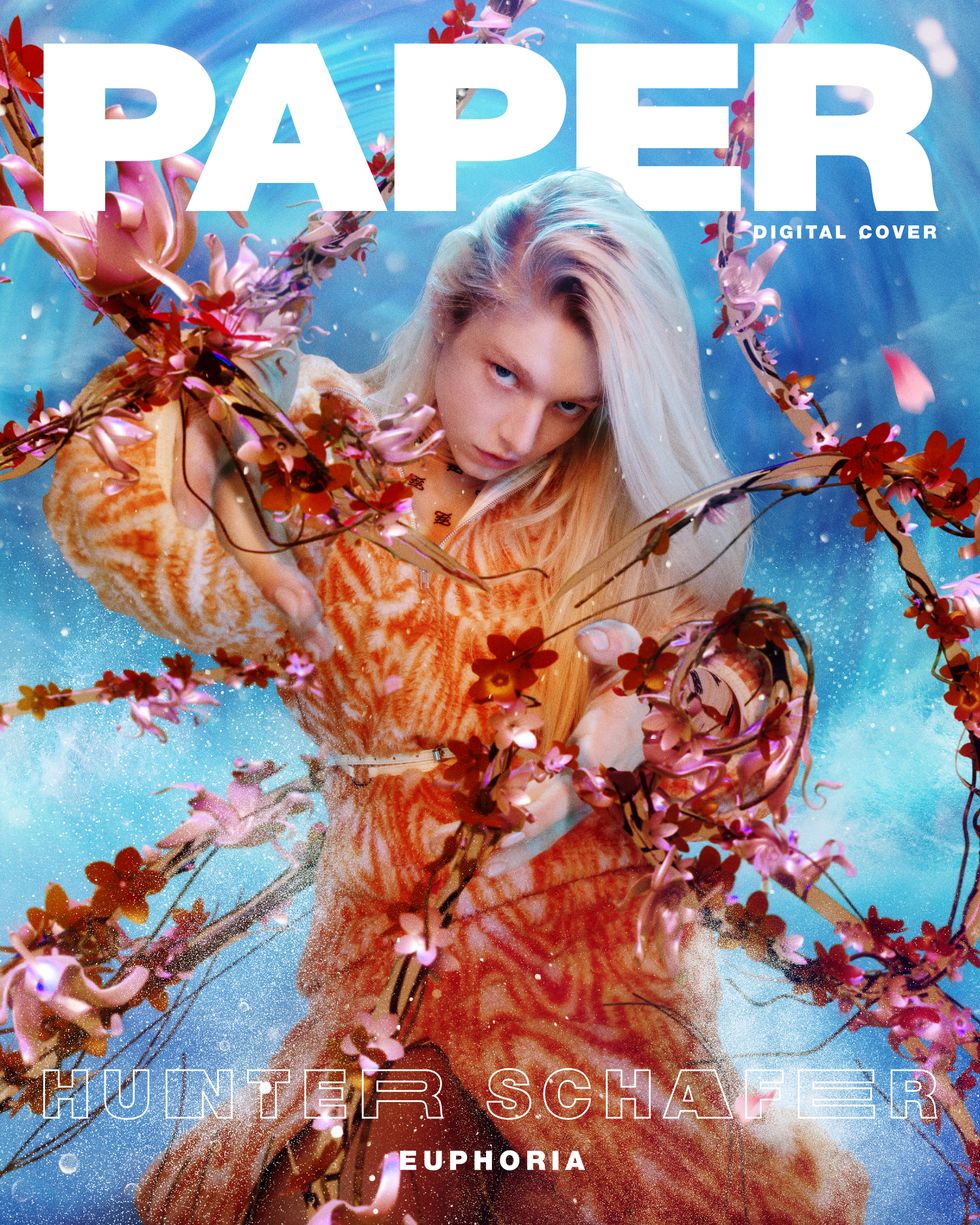 At the center of the saga is Zendaya's Rue, a recovering drug addict who is back in town (and on drugs) after a brief stint at a rehab. Levinson primarily uses his own experiences with addiction to carve Rue's arc throughout the show, sprinkled with input from Zendaya herself.

As it progresses, the drama delves deep into its range of assorted characters, including Hunter Schafer's Jules — a young trans woman who transfers to a new school and actively seeks toxic relationships with really fucked up men.

A trans woman herself, Schafer drew on her personal life to painfully dissect the struggles of coming to terms with your own identity all the while dealing with the emotional trauma dumped on you by your closest family and friends. It's not an easy watch, but it's worth it, as Schafer's character is a striking example of the collaborative process employed by Levinson to tell individual stories.

"Hollywood is beginning to recognize the [trans] community a little more, but we still have a long way to go."

"[Levinson's] ability to understand other people's positions in life is really special," Schafer tells PAPER. "However, some of these experiences that he is portraying are pretty specific. He has been great about listening and being collaborative in terms of our storylines and our backstories. I remember when I got the role, they kept me in LA for a few extra days. We would have a meeting with him. We went to this cafe and talked for hours about our lives and how his life can mix with my own experiences to creates Jules. Ultimately, Jules is a combination of him and what he wrote for her before I was in the picture. Then, we added some of my own stuff in as well. So, it's a mixture."

This relentless dedication to authenticity is also what has led fans to draw parallels between the series and Larry Clark's 1995 classic Kids, ahead of its premiere this weekend. And though Schafer's character mirrors her own reality in many ways, portraying her hasn't exactly been straightforward. 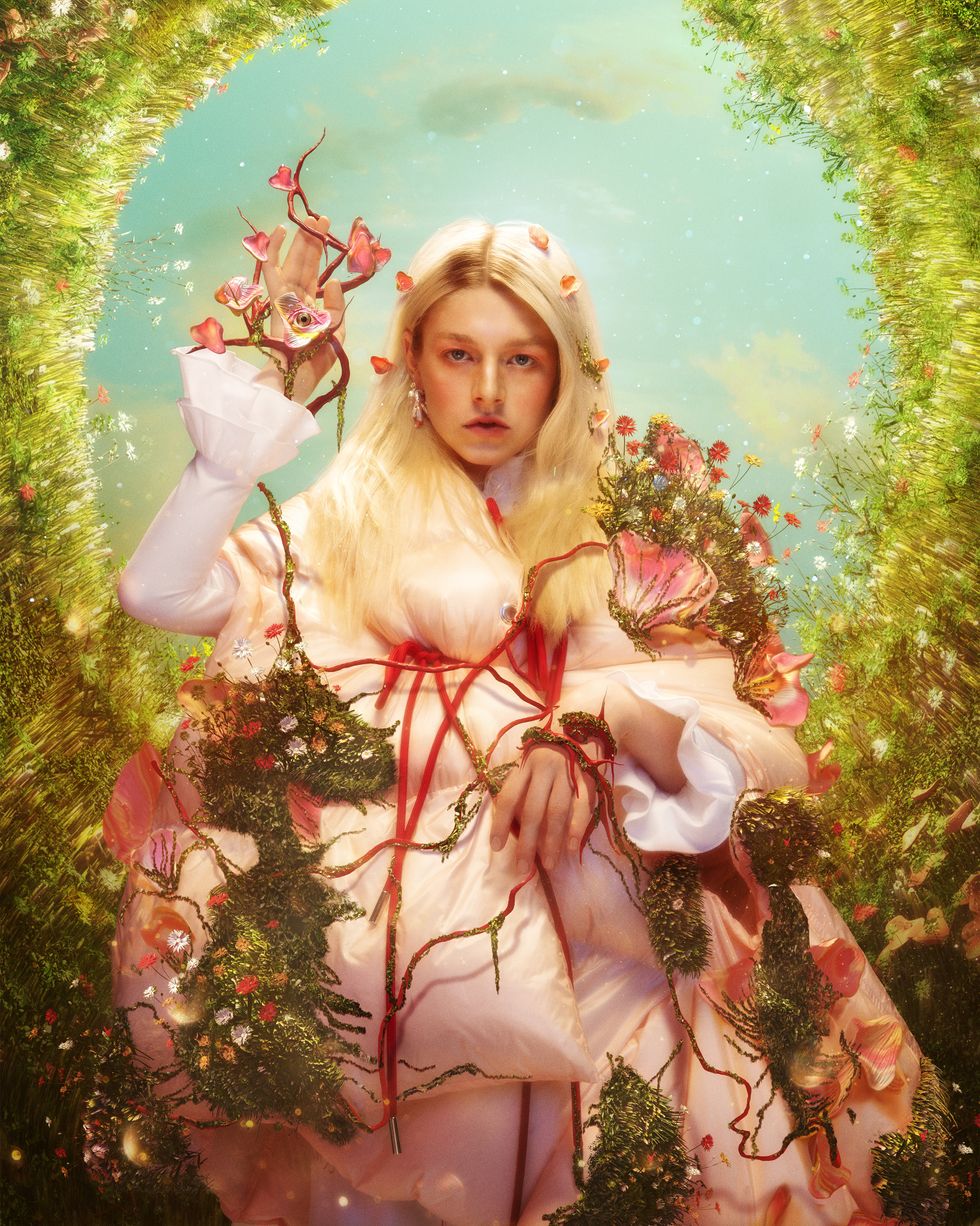 "It was intimidating as a new actor," the novice actress says.

Although the 20-year-old has walked the runways for some of the biggest designers (including Miu Miu, Maison Margiela, and Tommy Hilfiger) across the world, Euphoria marks her acting debut, something that will be hard for viewers to tell from the get-go.

"Filming the pilot, I was definitely nervous and anticipating some of these more intense scenes, but the entire cast is just so warm and gentle," she says. "I think the thing that surprised me most about acting is how you really have to go back into archives of your own mind and think about a lot of things that you might have been pushing down for years. But to be able to work through that stuff again has also just been incredibly therapeutic and rewarding."

"Euphoria brings a level of realness to the table that maybe other teen dramas haven't in a while."

In pushing its young and fairly new actors to performances that even experienced actors might find challenging, Euphoria also emerges as an outlier that skillfully avoids the familial teen drama tropes of high school cliques, mean girls, and an outcast protagonist that ultimately triumphs against it all. There are no winners in this story: only the gritty, hard truth.

"I think Euphoria brings a level of realness to the table that maybe other teen dramas haven't in a while. Mostly because we are really focused on what it's like currently to be a teenager," explains Schafer. "That's why the several storylines are so important, because it's panning out across several different experiences. Of course, it can't encapsulate the entire teen, high school experience, but I think it covers some ground." 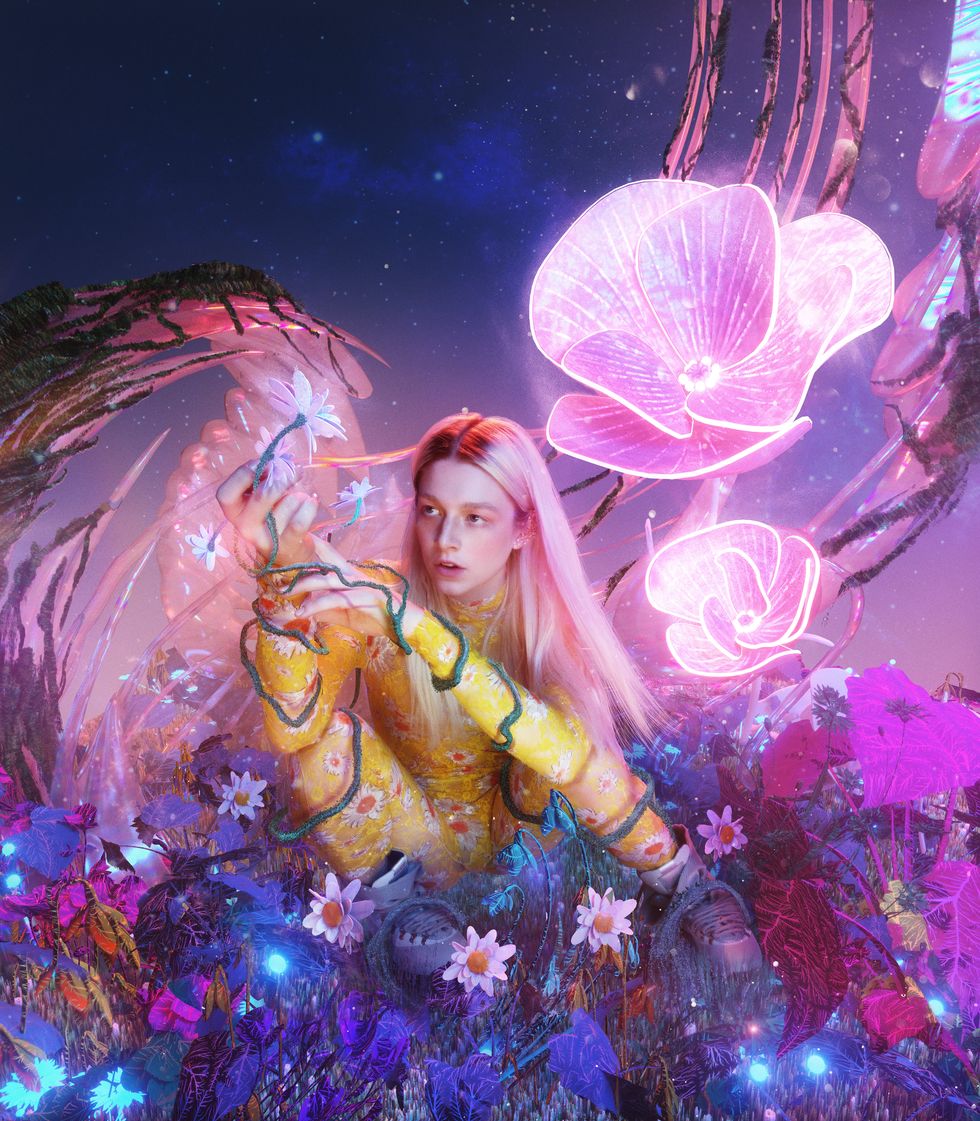 Led by its powerful Gen Z, cast the show also makes the case for LGBTQ representation, something most Hollywood executives and TV producers have only nodded at in the past. "As a trans feminine person, I had a really good experience portraying a trans feminine role. I think it's just how it's going so far. Hollywood is maybe beginning to recognize the community a little more, but we still have a long way to go. I think we will for a bit, but change is happening."

As we pave the way for a more inclusive and unerring visual interpretation of a generation that continues to puzzle older millennials and Baby Boomers everywhere, understanding the role of social media plays in their lives is no doubt top of the list.

"I think what makes this show the most distinctive to now is the aspect of social media and phones and how that influences almost all of the storylines, because it's a new reality that we've added to our lives," Schafer adds. "It makes everything more complex and fast-paced, which I think the show pays attention to as well with its pace and its vicariousness. A lot of people or parents perceive teenagers' use of social media as lazy."

"That's our main goal: to create a mass sense of empathy for each and every individual that is going through these experiences."

She continues, "I think this show gives some light to the fact that it really is just a level of reality and perhaps their involvement in this digital world is more active than their real vicinity that is right in front of them. They can jump around to all these different locations on the internet and find communities. They can have completely separate lives than what's in front of them. I think from maybe a parent's view, you don't see that. You just see a child going into their own zone, on their phone, when this kid is really somewhere else in the world right there."

Euphoria doesn't hold back on pulling any punches and gives you a modern day teenage saga that's perhaps devoid of the charm of predecessors like Gossip Girl or Skins. And that's okay, because it's not a story of misfits trying to fight their way in.

The teenagers on the show and IRL today are more than okay with doing away with the stale notion of 'fitting in.' Beyond anything else, Euphoria is a cry for empathy for a generation that continues to navigate the banalities of life and growing up in a highly politicized climate where some of their basic rights are challenged everyday. "The show can be for everybody and I think everybody can take something away from it. We made a piece of art and we feel one way about it, but we are really interested in how it's perceived among other people," adds Schafer. "I just hope that people stick with it and ride all the way through the season, and let it hit them — and really empathize with all of the characters. I think that's our main goal: to create a mass sense of empathy for each and every individual that is going through these experiences."