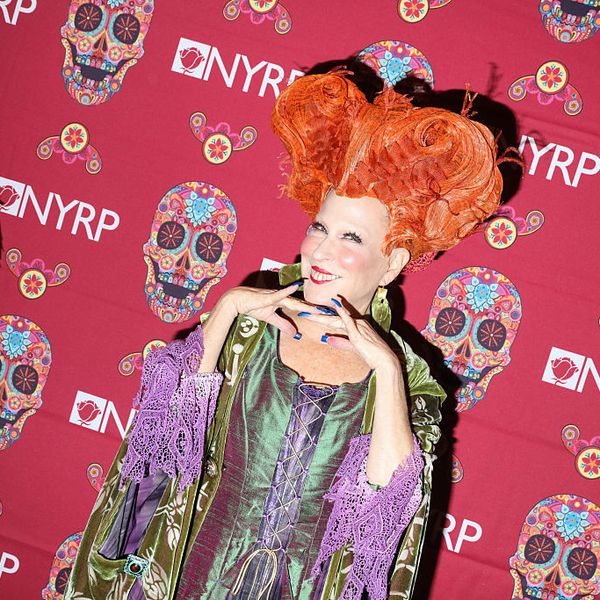 Hocus Pocus fans get ready, the Sanderson sisters are back to put some new spells on you — this time, through Zoom.

During last night's episode of Late Night With Seth Meyers, the iconic witch sister, Bette Midler, told Seth Meyers that not only would the 1993 cult-classic film be getting a sequel, but also an unconventional mockumentary short, titled In Search of the Sanderson Sisters: A Hocus Pocus Hulaween Takeover. Midler confirmed that the mockumentary will be "more than just a Zoom call," and promises an entirely new script and lots of "effects and surprises" for fans of all ages.

The mockumentary experience will see our favorite trio of witches — Midler, Kathy Nanjimy and Sarah Jessica Parker, or Winifred, Mary and Sarah, — reunited at last, and will feature a star-studded cast including Meryl Streep, Sarah Silverman, Kenan Thompson and more.

This special event is said to be replacing Midler annual "Hulaween" costume gala, which is traditionally closed to the public, however, due to the virtual nature of the event — you can join in on the fun from home on Friday, October 30 at 8:00 PM EST.

Although Halloween might look a little different this year, we can still look forward to some spook with the return of our favorite witches.