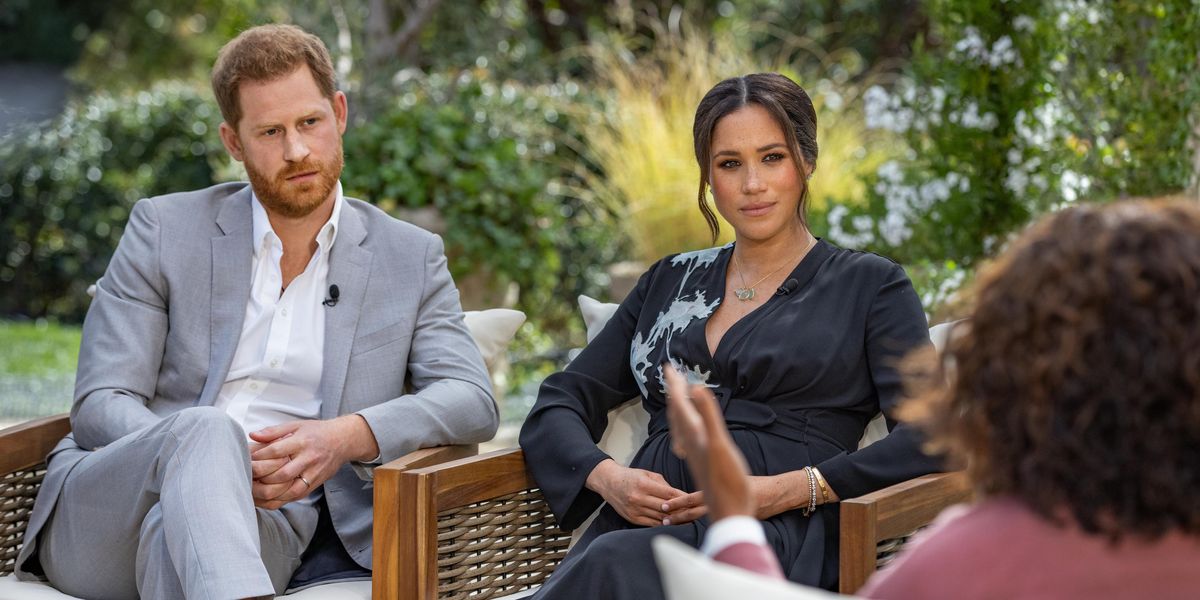 Do We Need a Royal Family?

Reporting on Oprah Winfrey's explosive interview with Harry and Meghan, Duke and Duchess of Sussex, CNN's Richard Quest seemed stunned. "It's devastating for the royal family, " the veteran reporter said. "[This] literally blows the whole thing right out of the water. It's very, very damaging."

And Melanie Bromley, Head of News Operations of E! Entertainment channel who's been closely covering the royal family for 15 years added, "I do think this is unprecedented. A lot is based on the mystery of the royal family — this perfect fairy tale. We only get to see a little bit about what's going on behind palace walls. I think [Oprah's interview] exposed a toxic family environment that we might've heard rumors about. But to hear Harry and Meghan talk about it in detail was not something I wasn't expecting."

Palace watchers and royal family fans around the world have been in shock this week at the string of revelations made by Harry and Meghan.

Both spoke of feeling unsafe and unsupported by the Royal Family. Meghan spoke of feeling suicidal after being isolated, mistreated by the tabloids and not receiving support for her mental health issues. She revealed that a senior royal had several conversations with Harry expressing "concern about how dark the baby's skin would be."

It's certainly true that Meghan was badly treated by the press. Last month she won a court case in which she was suing the Mail of Sunday and Mail Online for breaching her privacy by publishing a personal letter she wrote to her estranged father.

"Meghan became the tabloid press' whipping boy rather quickly because she did not tick all their boxes," Koenig said. "But she was not the first. Diana, Sarah, Sophie and Catherine all felt the wrath of the tabloids, but it was worse for Meghan because she is bi-racial and American. [The press has been] racist and xenophobic."

During the interview, Oprah highlighted side-by-side comparisons of similar stories which featured flattering headlines for Catherine and hypercritical headlines for Meghan. While not every story was overtly racist, some were undeniably so. Koenig recalled a Daily Mail headline including Straight Out of Compton and referencing the "gang-scarred home of [Meghan's] mother." But "the worst," as Koenig recalled, "was the BBC DJ Danny Baker who in May 2019 tweeted a photo of a couple leaving a hospital with a monkey, which he captioned Royal Baby Leaves Hospital." The DJ was later fired. "Would he have done that if Meghan was white?" Koenig asked." Yes, it was racist."

Bromley predicted that "the strongest accusation the palace will respond to is the accusation of racism. The Queen and the royal family are the head of a family that is meant to represent everybody, not just people of their same race. I think for that reason that's what's been so troubling about this interview is that they're going to have to face that allegation especially head on."

Since Oprah's interview, the palace issued a response. "The whole family is saddened to learn the full extent of how challenging the last few years have been for Harry and Meghan," they said. "The issues raised, particularly that of race, are concerning. While some recollections may vary, they are taken very seriously and will be addressed by the family privately." The statement concluded, "Harry, Meghan and Archie will always be much loved family members."

In addition to the talk of racism and general lack of support from the Firm, there were shocking revelations from Harry saying his father, the Prince of Wales, stopped taking his calls. Harry also said, "My father and my brother, they are trapped. They don't get to leave. And I have huge compassion for that."

Harry's protectiveness over Meghan is understandable as many consider that it was the Palace's lack of support for his mother, the late Diana, Princess of Wales, and the press' harassment of her that helped cause her death. Harry said he felt the family hadn't learned the lessons of the past and this was a case of history repeating itself.

Harry and Meghan speaking to Oprah was also a bit of history repeating itself. Koenig said, "Harry has hated the press for years and blames them for his mother's death. But he has never acknowledged that his mother collaborated and colluded with the British press, letting them know where she was, sometimes with her kids."

"Harry and Meghan chose to walk away from the bubble that their family lives in." –Melanie Bromley

Diana was a master of using the press' obsession with her to her advantage. Meghan allegedly turned to Oprah since the beginning, and the media mogul has become a confidante and mentor to the Duchess. The couples' must-see TV interview with the world's most famous interviewer has created a groundswell of sympathy for the couple. Although, of course, there has also been a corresponding surge on the other side, with palace loyalists accusing the couple of being disloyal and self-serving manipulators.

The security question is one that also echoes back to Diana, who "chose to give up her PPO [personal protection officer] although Charles and the Queen wanted her to keep security on their dime," according to Koenig. "This decision meant that she had no protection from the paparazzi who would get right into her face. Had she had a personal protection officer on the night she died, she might have gotten into that car, but if she did, the PPO would have made sure her seat belt was fastened."

This could explain the Harry and Meghan's extreme concern about their son Archie not receiving security, and the couple having their own security removed at a time they felt very vulnerable.

What will happen next? "We all thought that this was going to be about the racism Meghan experienced outside of the family, not the racism that she experienced within it," Bromley said. "You have Harry and Meghan both giving different levels of detail, obviously Meghan gave a bit more detail, but both acknowledging this inappropriate moment or conversation happened and there have been some questions as far as should there be an investigation into this."

Bromley continued, speaking to bullying claims made against Meghan in 2018: "There is now an investigation as far as two members of Meghan's staff who filed a complaint against her for bullying," he said. "Should there also be an investigation into whether this [racist conversation] happened too or whether the environment within the royal family was not healthy for two of its closest members?"

Of course, this situation is a sad family scenario for all involved, but it's also a terrible missed opportunity for the royal family to move into the 21st century. Meghan is the first biracial member of the family at a time there is a global reckoning on race and the racial oppression of our history. One of Meghan's first projects as a family member was Together: Our Community Cookbook, featuring recipes from women at the Hubb Community Kitchen which provided meals for the survivors of the deadly Grenfell Tower fire. Many of the women who worked in the kitchen and contributed recipes were Black and Brown, immigrants and muslim. At the time Meghan was quoted in the Independent, "On a personal level I feel so proud to live in a city that can have so much diversity — 12 countries represented in this one group of women."

Here was a biracial woman who brought diversity to one of the whitest, most conservative establishments in the world. Wasn't that an amazing opportunity to connect with citizens of color, both in the UK and the commonwealth? While companies and organizations around the world have been struggling with showing more diversity, the royal family had a perfect modern ambassador delivered to the Palace doorstep and they turned her away.

Meghan was the Crown's greatest opportunity for change, regeneration, and reconciliation in a new era. They didn't… https://t.co/97sdTsOB3r
— Amanda Gorman (@Amanda Gorman)1615175278.0

America's poet laureate Amanda Gorman summed up the missed opportunity when she tweeted that Meghan was "the Crown's greatest opportunity for change, regeneration and reconciliation in a new era. They didn't just maltreat her light — they missed out on it."

Bromley concluded, "Maybe it's time that we do ask these questions: do we really need a royal family? I mean by that, is it fair on anyone? Yes, you're living in castles and palaces and getting to do all these incredible things, but actually given the choice, would the whole lot of them actually choose to live a normal life and have freedom? That's an interesting thought experiment for me. Time will tell and only they can ever answer that question, but Harry and Meghan chose to walk away from the bubble that their family lives in. Maybe it's time that they also ask whether they should be living in that bubble, as well."